This 4-3-3 was developed over 14 seasons in my save taking over Kremin Kremenchuk in the Ukrainian Second Division, and we eventually broke up the duopoly of Shakhtar Donetsk and Dynamo Kyiv to win the Premier League. Also got to the Europa League final and lost to Bayern Munich in my final season. 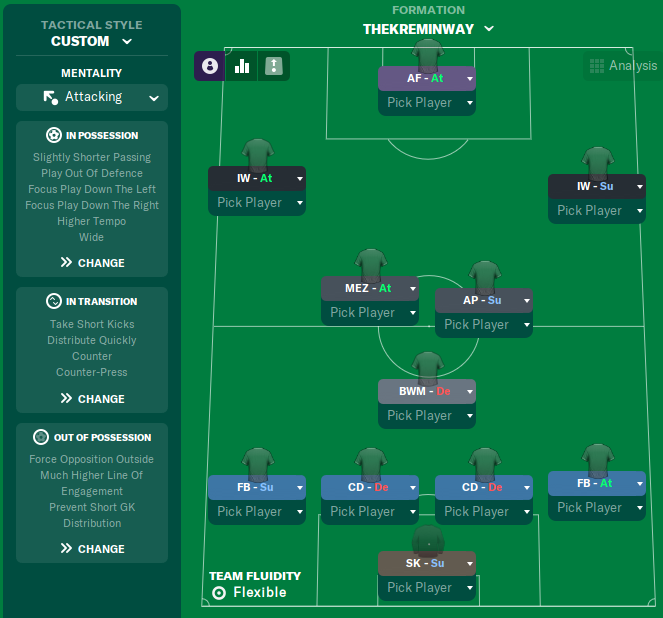 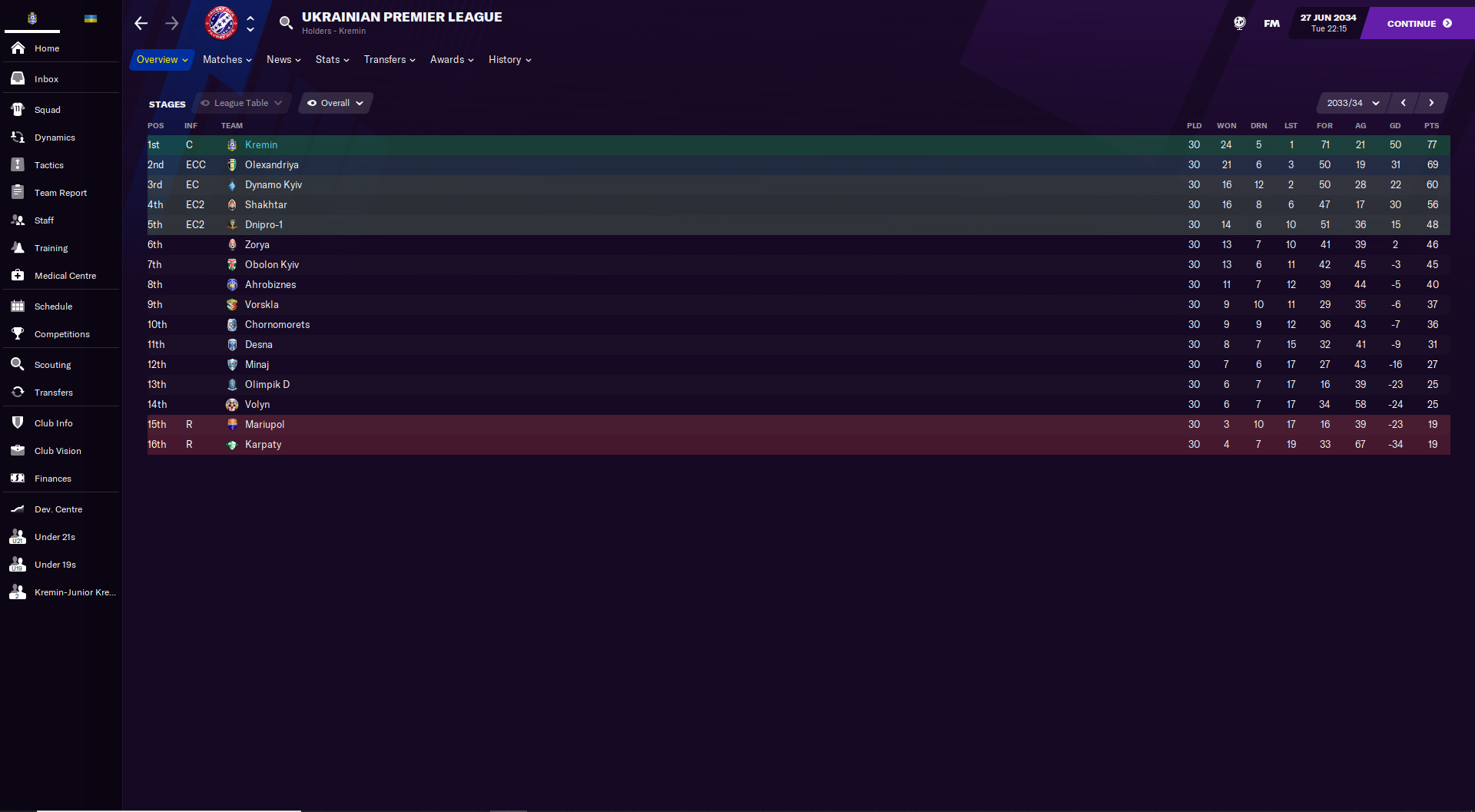 In terms of player instructions the biggest thing is the split block set up. I have never found it useful to have the entire team closing down a lot, especially defenders as they get dragged out of position and leave gaps for the AI to exploit. The front five are therefore set to close down, tackle harder and mark tighter, with the defensive five left as standard. The roles are fairly balanced with nothing too specialist, and there are a couple of positions which I have used a variety of roles with success:

I have a second version of the tactic which is mirrored, so the left full back is on attack along with the right inverted winger. I have found that it works best to have the mezzala on attack on the same side as the attacking inverted winger so the centre mid roles are also flipped. All team and player instructions are the same: 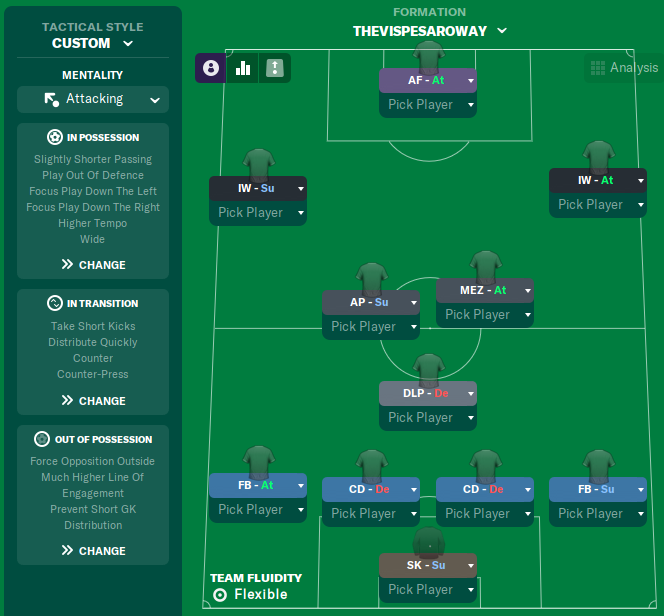 You could push the defensive line up to higher if you have quick enough defenders, but I wouldn't go to much higher.

Opposition instructions try to force our opponents out wide, and mirror the split block press on their defence and midfield, whilst being more cautious against their attacking players: