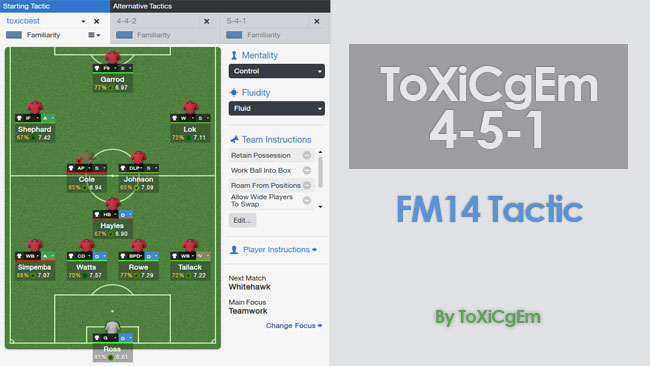 I think if you have good players who can swap positions it is worth doing it, as it makes players harder to man mark, but right now I don't have that luxury so I keep it simple and let them stay put.

I tried a lot of other tactics and I was getting poor results but I hit on this and started a new game and every result is better with the same team. Hope it works for you guys...