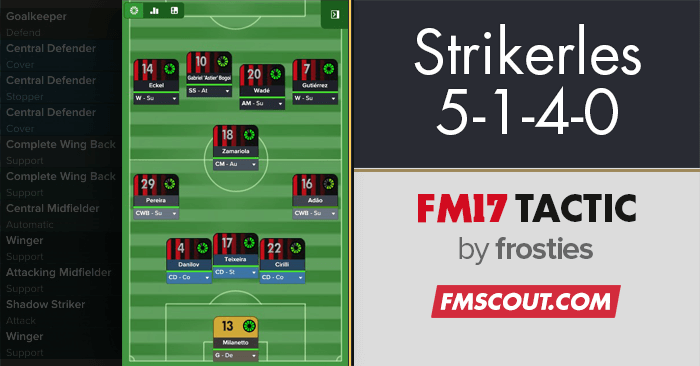 This tactic is one I've adapted from another tactic I found on FM Scout. It was 'itsZdan 5-2-3 Devil Tactic 17.2', which I used with Benfica to great success, even winning the Champions League final against Barcelona.

This new tactic has been tested with AC Milan over a total of two years (implemented after winter break, followed by a full season and now the first half of another) to equal success, including a Champions League win.

This is the formation itself. 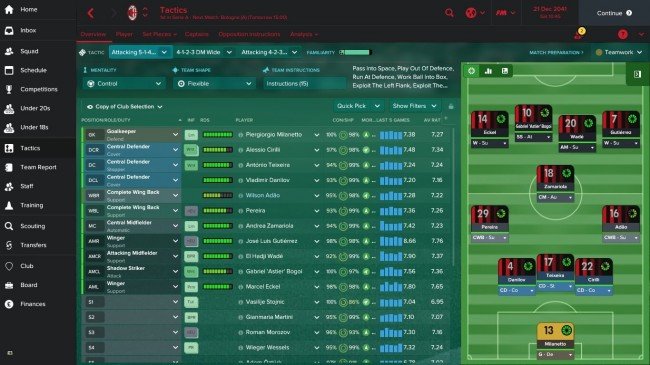 Three at the back offering the stability, with wing backs who should be good at both attacking and defending, though the wingers up front will be your primary source of assists, so if your team has a poor defence, it may be worthwhile to sacrifice attacking attributes and simply use them to stop opponents wide play and then get the ball to the attacking midfielders.

I like my central midfielder here to be an all-rounder, since they can truly link defence to attack in a very direct manner, playing a fair part in both areas of the game.

I'd like to note, with the stability of a potential back five, as well as four attacking midfielders with an emphasis on wide play, I'm currently giving my seventeen-year-old academy product as much game time as one of the best midfielders in my save.

As for the wingers, whether I set them to support or attack, the sheer amount of players you'll have in the opponents box means the wingers will often get in on the action with both goals and assists. I've set my wingers to 'cross from the byline' so they can cut it back and play 'low crosses' for attackers to pounce on (so I'd advise training your central attackers to try first time shots).

Here's my most prolific winger to show what I mean in regards to goals/assists. 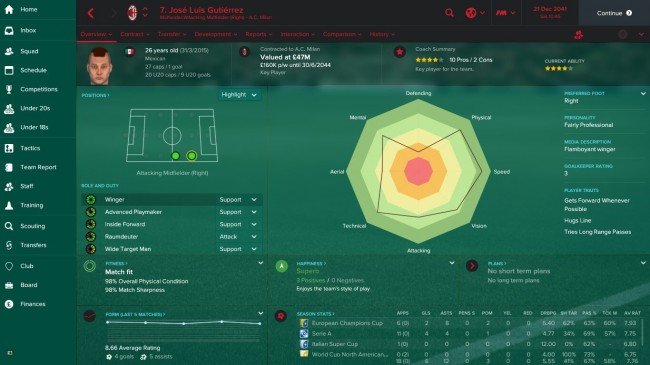 I have my shadow striker and attacking midfielder swap positions during the game as well, making it harder for them to be marked. Training them to each try killer balls often will also get them plenty of assists for each other and make you a threat in the middle as well. You'll absolutely mess teams up, trust me.

And the team instructions: 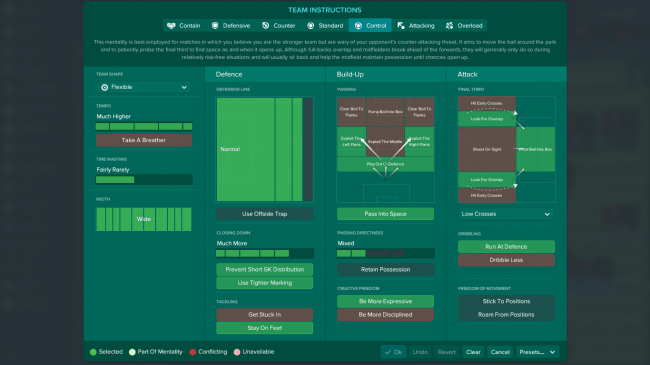 And the proof of success:

League table from the full season using this tactic. 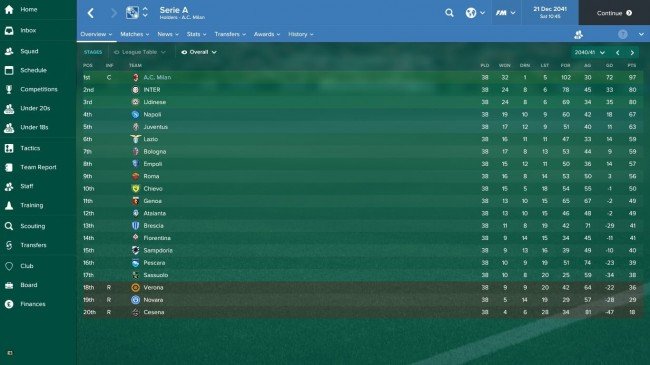 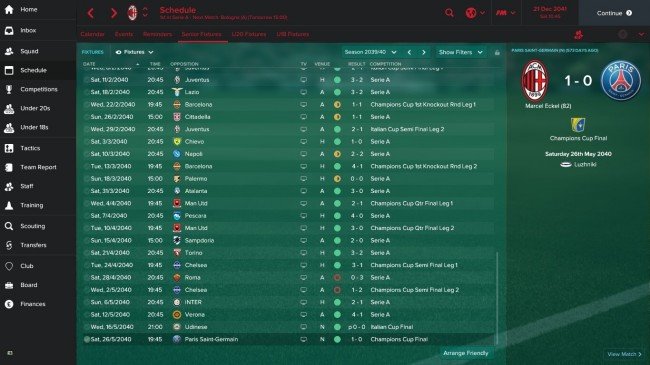 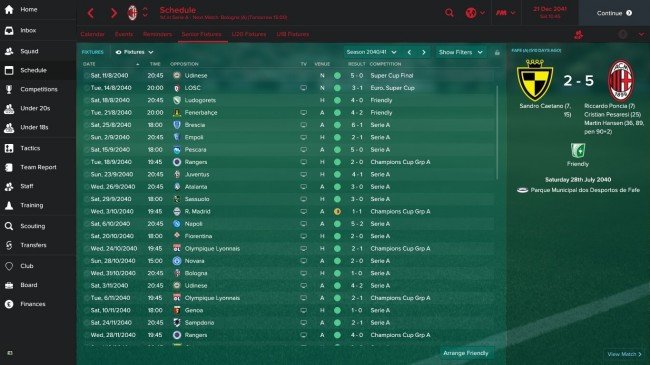 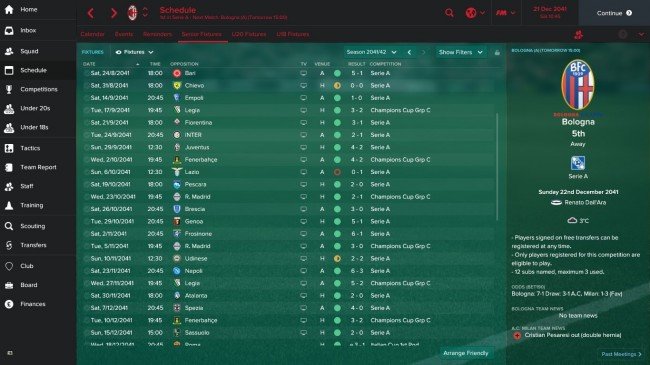 I love playing with this tactic, I love the style of play, and I hope you do too.