kazza121
7 years
Different story from the usual. Will be following!
Login to Quote

Lajong made a public announcement about their Assistant Manager vacancy after Bobby Nongbet resigned from the post.

Rahul Kapoor was eyeing the Shillong Lajong Football Club's Assistant's job within two weeks of earning his coaching badges. The road wasn't easy, with him having to take private lessons from the one professor who was ready to take him on, for five times the usual fees. He had no choice but to accept. The loan Anjali had given him only came up to about half of the fees, so he was forced to sell off all his youth awards. He figured - if he was starting over, he might as well start afresh.

He sat there staring into the television, wondering whether he should make the phone call. Rahul picked up the phone, dialing a number. He didn't look confident, tapping his index finger on the table over and over again. "Hello, this is Rahul Kapoor. I know you don't want to speak to me, but I need closure. It's been far too long." He lets out a sigh after two seconds of silence. "Thank God for voicemail", he mumbles to himself. As he gets up, leaving his drink unfinished, the phone rings.

"I don't believe you had the guts to call me! I was finally starting to get over all of this fu-king bullsh-t! I really don't believe you would call me for 'closure'. What fu-king closure? If you had any consideration or remorse for what you did, you would've called me days later, not decades."

Rahul was in too much of a shock to respond, and even if he could, what would he have said? The situation was irreparable and he replayed everything he had just heard, he regretted making the phone call, but he had to. If he wanted to get back into football, Ravi Joshi needed to forgive him.

"Don't you dare even take my name! I've had people approach me, asking me how I was doing. Reporters have been calling me every minute of every hour wondering if I have an opinion on 'Rahul Kapoor getting into management'. You made sure I was done with football, and I chose to keep it that way. I didn't go looking around for my 15 seconds of fame. Why would you want to make me relive everything, when all I want is to finally be able to let go."

"But I didn't mean to -", Rahul's reply wasn't confident and didn't seem truthful to Ravi.

"What did you not mean to do?!? Tackle me and break my leg in three places? I understand the physicality in football. I was a footballer! I know how the game works! It could've been a mistake, and I would've forgiven you for that, but those interviews you gave about meaning to do harm, calling me 'tender chicken legs', or the snapping action you made after scoring goals? You didn't mean to do that either, did you? You are 20 years too late!"

Rahul was almost in tears. "I'm sorry. I've changed. I want to make it right."

Ravi is still shouting, but you can hear the pain and sadness in his voice. "The devil doesn't change, Rahul. You are and always will be dead to me. I spit at your attempt to change."

Louis O.
7 years • Edited
That was a nice update Akash 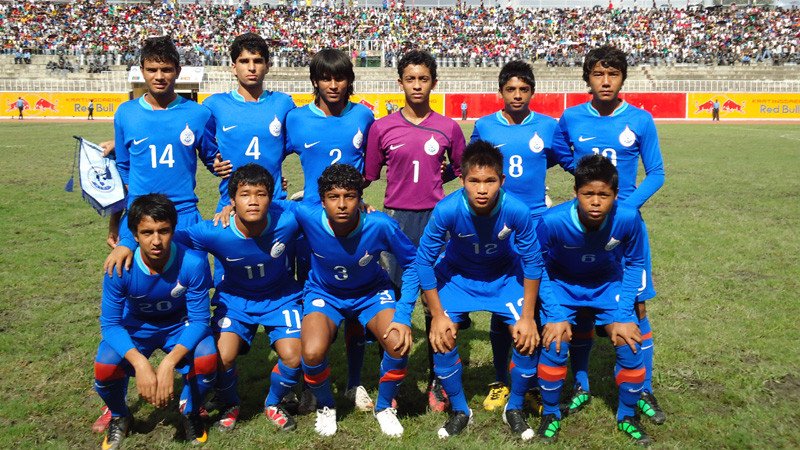 "I don't understand how you aren't interested! The job has been vacant for two months and there are no candidates. I am your only option. Don't you want to fill the vacancy?", a distraught Rahul said to the person on the other side of the phone.

"Yes, you don't understand. We are interested in filling the vacancy. We just don't want to employ you in any capacity."

Another rejection. After his letter to the Shillong Lajong Sports Club got no reply or any kind of acknowledgment, Rahul had just called Stanley Colaco, in-charge of the Indian Under-21 side about the Managerial vacancy of the Indian Under-19 squad. Rahul had been the star of the "Indian Colts" during his playing days, some even considering him the most talented graduate ever. He wasn't going to give up that easily. He was considering making another phone-call that he didn't want to, someone whom he had only contacted once after his lifetime ban, but he decided against it. "If I'm going to do this, I have to do this right. I should meet him in person."

He couldn't afford a car, and now, not even a taxi. He got on his bicycle and started riding. Throughout the ride, he kept rehearsing how he thought the conversation would go - what he would say and how he would react. He wasn't paying much attention to the road, not caring much about stop signs and signals. He was lucky enough to reach his destination without any accidents, partly due to the fact that it was almost around midnight and he lived in a part of town that in no way indicated that he lived in a metropolitan city like Mumbai.

There it was - the residence of Anil Singh. The beautiful garden, the dimmed lights and the aged bungalow indicated that its inhabitants were rich and more importantly, retired, having left the fast-pace and hustle-bustle of the city. As Rahul walked through the garden, towards the door, he kept asking himself if it was the right thing to do; if he should knock on that door and open up years of restrained anger. He continued to walk.

Knock, knock. An old man, with white hair, and a walking stick opened the door. "Is that really you?"

"Oh, after all these years! Come in. Have a seat.". Anil looked happy and enthusiastic to see him, which caught Rahul off-guard.

"Really? You aren't going to abuse me? No anger-filled door slamming? You are actually going to invite me into your home?"

Anil laughed. "I'm an old man, so I wouldn't be able to slam the door even if I wanted to, and I have a heart-problem. The doctor tells me swearing and anger is doing me no good whatsoever."

Rahul was joking, almost, when he said, "I wish the people in the AIFF had a heart problem."

"I wouldn't be surprised if they did. They are all older than me, and don't have hearts half as strong as I do. They called me up after these years to ask about you, actually. Wanted to know if I had any opinion on you wanting to get into management. I told them what I believe to be true - our relation was over the day you were banned. I don't know what they expected me to say.". Anil's reply seemed genuine and heartfelt.

Rahul took the glass of water he was offered by Anil, but he continued with the questions. This was the first time he was talking to anyone who wasn't angry at him. He was the most hated man in the country, it seemed. So he wanted to take advantage of this situation. "But why aren't you angry? I effectively signed your retirement slip!"

"No, I quit my job! Your court hearings and press conferences made me realize that I had been in the game for too long."

"You have no idea how great that is to hear. All this years I blamed myself for ruining your career.", said a relieved Rahul.

"You might not have burnt this bridge, Rahul, but you've burnt a lot of others, and is this what brought you here? To see if I was angry?"

"Ah-a-a, I actually wanted a job. No one would is even considering me, and I really want to get into management to show how much I have changed, but no one is going to give me a chance!", said a frustrated Rahul.

"I'll see what I can do. By the way, how is your relationship with Ravi Joshi now? He might be able to get you a job."

"Ravi Joshi? Oh crap!"; and just like that, all the hope and happiness Rahul had disappeared.
Login to Quote

Jer
7 years
Great update mate, seems that you'll get an interview, if you play your cards right

I can see why you chose him as your manager, uncanny similarities.

Akash
7 years
@Pauker - Maybe I get the interview, maybe I don't. Who knows?

shylax
7 years
The plot thickens! I like your writing, and you'd probably have to soup up your story with good writing because the Indian Leagues wouldn't be that interesting, but it's nice to see.
Login to Quote

Well there goes all hope of having no genital references out the window!

On a more positive note, brilliant start to the story, it is quite "eye-catching"

You are reading "Villain to Anti-Hero".