Slid3Tackle
8 years
you should have defeated Inter! but if you keep it like this, you'll get in front of Napoli!
1
Login to Quote

Keep on getting good results and you will easily take the top spot from Napoli!
1 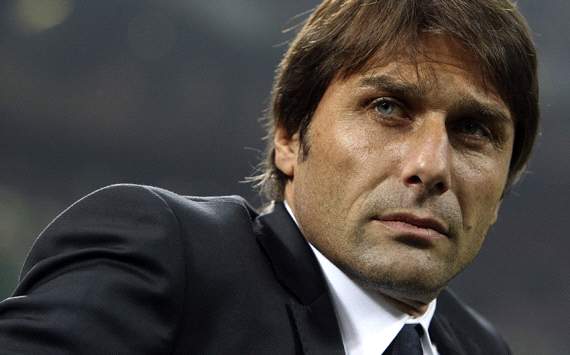 Juventus boss Antonio Conte believes everyone but their own fans are desperate to see his team fail this season.

The Italian now claims the whole of Italy are desperate to see Napoli crowned league champions due to Juve’s past glories and recent dominance of Serie A.

“I think it is clear that we are the least likeable team in the country and that everyone wants to see our performances stall.

“I think this hate people have for us dates way back, even before I played for the club. Why? I don’t know if its jealousy or ignorance but what I do know is that we are clearly disliked. Italy hates us.

“I can sense it even in professional players when they face us. There is a lot more hunger to take us down and steal a point than there would be in any other game and I’m sure the clash against Juve is one all clubs bookmark when fixtures are released.

“On the flip side, I think this agenda that exists against us only makes winning all the more pleasurable and the fact that we continue to be Italy’s leading force exemplifies just how great of a team Juventus really are.”
Login to Quote

Slid3Tackle
8 years
yeah...I know that feeling! Same it's happening to me in France!
Login to Quote 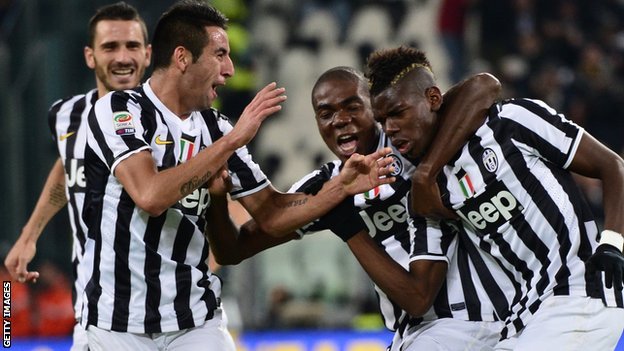 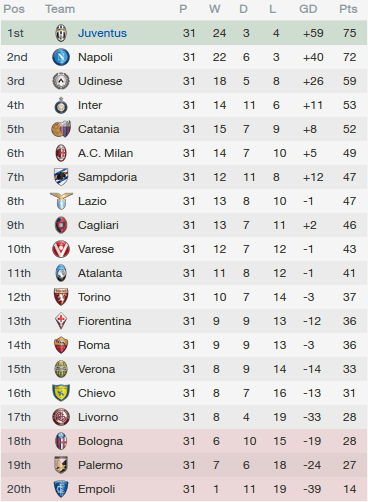 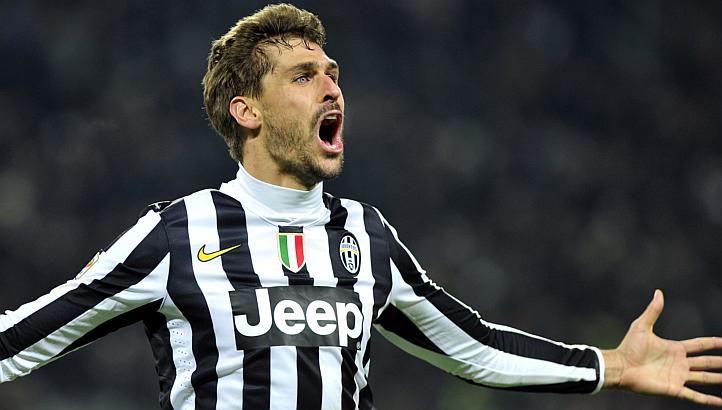 It has been a difficult season for Fernando Llorente this season behind the in-form Luciano Vietto but the Argentine’s blip in front of goal meant that Llorente would once again have the opportunity to impress in the first team. He didn’t disappoint!


Another great month by the team as we got all our objectives completed. We beat Napoli, we took top spot back and we qualified for the UEFA Champions’ League Quarter Finals. Yet, we just had to stumble in the final game versus Catania, didn’t we? We didn’t deserve a result at all so I’ll hold my hands up and congratulate Catania not only for the victory, but also for their performances this season. They’ve been a real asset to the league. However, it is still a game we should have won!
Login to Quote

Slid3Tackle
8 years
Good job mate! Llorente got you the title!
1
Login to Quote

No1VillaFan
8 years
Big occasion, big man steps up in Llorente what a win and now the title is in your hands!
1
Login to Quote 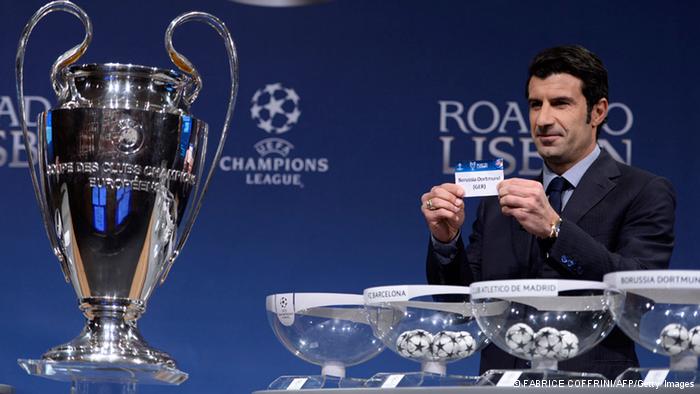 Juventus has been drawn against Borussia Dortmund in the quarter finals of the UEFA Champions’ League in what will be a repeat of last season’s semi-finals.

Dortmund progressed through to the final with a 2-0 aggregate win over Juventus last season and will be hoping to do the same again this season en route to the Berlin final.

The Germans, who knocked out Manchester City once again in the Last 16, are currently sitting second in the Bundesliga meanwhile Juve are 1st in Serie A.

Leading the Bundesliga is Bayern Munich who will take on the great Real Madrid after dumping Metalist Kharkiv out of the competition with a 7-1 win on aggregate.

‘Los Merengues’ knocked out a less than impressive AC Milan side 4-1 over both legs but will have to prepare for a much sterner test from the Champions’ League holders.

After defeating Celtic 2-1 on aggregate in the ‘Battle of Britain’, Arsenal will face an even more familiar foe in the form of Manchester United.

The two English giants have been less than impressive in the Barclays Premier League but have been flawless in Europe.

The final game of the quarter finals first leg comes at the Stade Louis II as FC Porto travel to face AS Monaco after defeating old boss Jose Mourinho and his Chelsea team 7-3 on aggregate.

Porto will be hoping the sight of old friends will again result in victory for ‘Os Dragoes’ as they face Ricardo Carvalho, Joao Moutinho, James Rodriguez and Radamel Falcao in the repeat of the 2004 Champions’ League final.
Login to Quote

Trop
8 years
Although Dortmund will be tough, it's not the worst draw possible

Slid3Tackle
8 years
Well, I'm pretty sure that this season REVENGE will come!
1
Login to Quote

TylerK
8 years
Could be a hard game, but WOW, that is an awesome Champions League Quarter-Final! El Classico and Man Utd - Arsenal!
Login to Quote 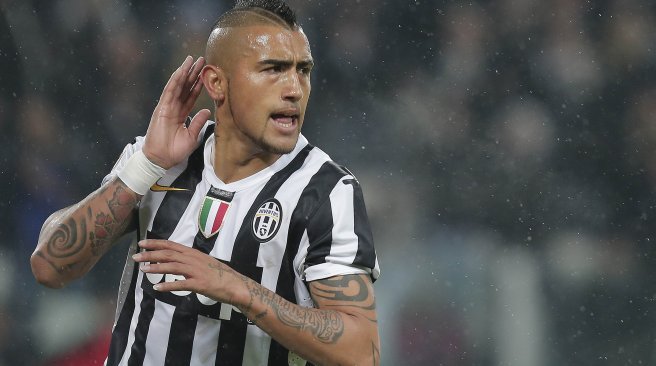 Juventus star Arturo Vidal believes that he is the best player in the world in his position as no other centre midfielder impacts so effectively in attack and defence.

The 27-year-old missed out on a spot in the 2014 FIFPro World XI at this month's FIFA gala in Zurich, yet he feels there's no other centre midfielder playing at his level at the moment.

"I am the best player in the world in my position. That's simply the way it is for me," the Chile international was quoted as saying by Sport Bild.

"There are a lot of players out there in my position who try and play just like me and want to copy my style of play.

"But it's quite clear for me that I'm the best in my role. Nobody puts in as much defensive work as I do and then scores a lot of goals on top of it as well."

Vidal joined Juventus from Bayer Leverkusen in the summer of 2011 and has since developed into one of the Bianconeri's undisputed star players.

The Chilean engine, who has attracted plenty of interest from Real Madrid, has scored seven goals in 28 appearances so far this season.
Login to Quote 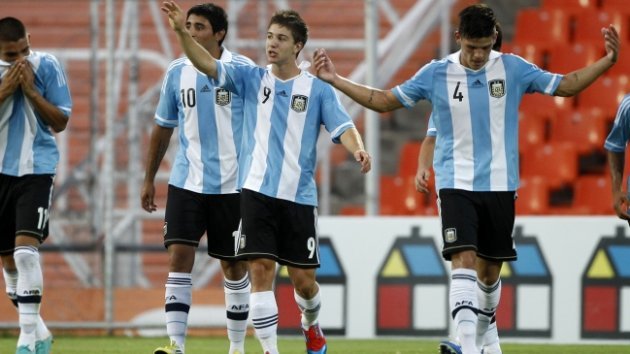 Juventus star Luciano Vietto marked his highly anticipated debut for Argentina with a goal in the 3-1 away win over South Africa.

Vietto finally received an international call-up for Argentina and was thrown right into the mix by manager Alejandro Sabella with a spot in the starting eleven.

The 21-year-old, who lined up alongside Napoli’s Gonzalo Higuain and captain Lionel Messi ahead of Manchester City’s Sergio Aguero, scored the second goal of the game by placing the ball left of South Africa’s Itumeleng Khune from a one-on-one.

After the game, Vietto expressed his gratitude to both Sabella and Juve manager Antonio Conte for giving him the opportunity to conquer his dreams.

”It’s an incredible feeling to finally wear this famous jersey and perform in front of this incredible crowd.

“To score for your own nation, furthermore in your first ever game, is an incredible personal achievement of mine and I’ve dreamt of this moment ever since I was a little boy.

“After I missed out on the 2014 World Cup in Brazil, I was more or less heartbroken but Conte really stood by me and encouraged me to better my game. Thanks to him and Sabella who called me up, I have achieved what I did today and here’s hoping there’s plenty more to come.”

Following his goal at Soccer City, Vietto is now expected to feature in Argentina’s following clash at Hampden Park on Tuesday when they face Scotland in yet another friendly.
Login to Quote