Sources from the Borussia Dortmund camp have revealed that Jurgen Klopp, the Head Coach has today left the club by mutual consent.

Reasons for Klopp's departure are unknown, but our sources have said they saw him head into the Chairman's office, came out under an hour later and left straight away from their training ground. It is believed that the meeting was scheduled by Klopp but in the end, his departure has been reported as a decision by mutual consent.

Dortmund midfielder Sven Bender has told BBC Sport: "I am very sad to see the gaffer go, it is very gutting for the entire squad. The chairman has said that a caretaker/interim manager is set to be appointed in the coming days but until then, we will keep on training and getting on with our football as always!"

Reports reveal that unemployed Marcelo Bielsa is favourite to take the job but is yet to comment on the links. However, other favourite Roberto Martinez says: "With a move to Everton coming close, the chances of going to Dortmund are slim and I wish to stay in England"

Get Malky Mackay in as well!!
Login to Quote

@P-KIDDY Thanks.
Login to Quote

Louis O.
6 years
If that title is attempting to be alliteration it's failing massively.
Login to Quote

Dortmund Chairman Hans-Joachim Watzke has reiterated that he will not make a rash decision of appointing a new manager straight away and make a mistake. He has revealed to the public that due to the high interest in the job, will take their time in appointing a replacement for Klopp.

"Appointing a Head Coach is a big thing" Watzke stated, "We have no intentions of rushing into making a decision. The Board and I just want what is best for the club. We have a huge list of applications and of targets of our own, we will see what the situation is in a couple of weeks and we'll move on from there"

Hans-Joachim Watzke even suggested the idea of having an interim manager put in place ion a short term contract just so the club can have a qualified manager while they search for a permanent solution to the vacancy.

Marcelo Biesla has told BBC Sport: "Dortmund have contacted me in recent times and have asked if I would be interested and I told them that I could possibly be available. Yet, there are hundreds of other applicants and targets Dortmund have and the way I see things, nothing will be set in stone!"
Login to Quote

Slid3Tackle
6 years
Good luck mate! I am very curious who will replace Klopp

FM-LD
6 years
@AAN Thanks. You'll find out who the interim is very soon!
Login to Quote 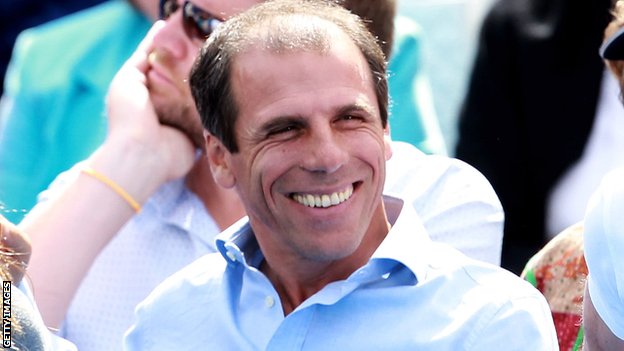 Former Watford and West Ham manager Gianfranco Zola has to our understanding turned down an offer as Borussia Dortmund's new manager. He is after a new job after resigning as Watford manager recently. It now appears that despite wanting a job, he doesn't want Dortmund.

Executives at Borussia Dortmund told us: "We did make an approach for [Gianfranco] Zola, he did state he was looking to get back into the game but has said that he would like to politely decline the offer and that his future lies elsewhere, Dortmund respect his decision and will continue their search"

Zola told BBC Sport: "I was pleased and delighted when Dortmund came in for me, I considered my options and I and my family and close friends agreed with me that my future does not lie in Dortmund but elsewhere!"

With Gianfranco Zola appearing to be after a job, we will see what happens with him in the coming days and see what his future lies ahead of him.

Author's Notes: The Stories name has been changed to Gianfranco Zola: Back to Buisness
Login to Quote

You are reading "Gianfranco Zola: Back to Buisness".