Manchester United 'supersub' Javier Hernandez has hinted that he wants to leave Old Trafford in a recent interview on Football Focus.

However Hernandez has told Football Focus that this season he does not want to always be on the bench and wants first team football most of the time as it is the year of the World Cup and he needs all the playing time he can get.

Hernandez has made 67 appearances for the Red Devils and has scored 33 goals since his move from Chivas in Mexico and has attracted some interest from other clubs when he announced he was un-settled at the club.

It is now up to manager Gary Neville whether or not he wants Hernandez to play regularly this season or to cash in and improve the squad elsewhere.
Login to Quote


Neville: "We can defend our title."

Neville, 38, is the successor of Sir Alex Ferguson and believes his team can challenge for the title again and defend it from noisy neighbours Manchester City and their other title rivals.

Neville has added to his squad by signing promising Bosnian international Miralem Pjanic from AS Roma and full-back Alexander Sandro from FC Porto, but rumours are that he is 'not done yet' with signings and we could expect more movement from him before the window closes.

This season looks to be the most interesting one yet with many teams improving their squads to challenge for the title or the top four.
Login to Quote

Here we go, my first competitive month in charge of Manchester United... It should be very interesting and I'm looking forward to it. This month we have Cardiff away, Chelsea away and West Ham at home.


Great win to start the campaign! We totally thrashed Cardiff and the way we attacked was top notch. Fellaini got two great goals as well as Wayne Rooney, and Valencia got the final goal which sealed the win for us.

Boring 0-0. Nothing much to say rather than we defended very well but we just didn't have the finishing touch, but I'll take a point here as its a hard ground to come to.

Great win for my first home match in charge. Juan got us off to a flyer with a cool finish, Rio got us two more goals both from corners, Michael scored an excellent 30 yard shot into the bottom right corner and Phil Jones scored from a corner to finish the rout for us. Brilliant!


Going well in the league table, we have only played three games but we're top and I hope we stay there until the end of the season! 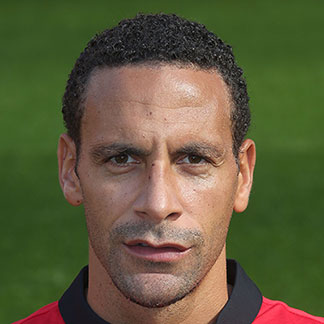 He's been solid all month and scored two great headers against West Ham, deserves this award!

Toon
8 years
Congrats on Manager of the Month. Could be yet another title.
Login to Quote Hernandez, who is 25, has recently indicated that he wanted to leave Old Trafford and ever since then this rumour has grown bigger and bigger, however neither club have mentioned it yet.

Jese, who is 20, has rose up from Real Madrid's B team and is in contention for being a regular first team player, however Madrid may want someone who is more proven to score goals which Javier Hernandez is.

We will monitor this rumour for the next few days and see if there is any movement from either club.
Login to Quote

Verdinho
8 years
Nice start to the season. Jese is great in 2-3 seasons so he could be a great deal

Thanks mate! Yeah, the deal is looking likely to happen!
Login to Quote

JESE IN, HERNANDEZ OUT

Manchester United have signed Real Madrid forward Jese in a deal which sees Mexican international Javier Hernandez move in the opposite direction.

The deal also cost Manchester United an extra 5 million pounds, however according to manager Gary Neville, it was the best piece of business he has done this window:

"It's a great piece of business for us, I admire Jese a lot and I am very excited to start working with him, he has a lot of potential which we are keen to achieve with him in his time here at Old Trafford."

"Hernandez has been a great servant to this club but he wanted to leave and I had no problems with him going. I wish him the best at Real Madrid and for the upcoming world cup."
Login to Quote Adrian18Ro
8 years
Jese is better than Chicharito, good deal mate. You will qualify, but i'm not sure about the place you'll finish the group on. Good luck!
Login to Quote


Thanks! Yeah, I really rate Jese and I see him as a world class forward in the future. The group is quite tough with PSG in there, however I reckon we could finish top, depends on our form and injuries!
Login to Quote

kubik
8 years
Tough group with PSG and Galatasaray. Great Jese/Hernandez deal! I also thought about bringing him to Old Trafford in my career

Yeah the group will be tough but I think we can get through it! Hernandez wanted more game time ahead of Wayne and Robin, so I'm really glad he's gone for someone with huge potential.
Login to Quote