First off, I would like to introduce myself. Until last season, I was considered a young guy who didn’t have a clue and just got lucky in life. And then things all changed when I picked up the European Champions Clubs’ Cup and thrust it above my head to the crowd. The world began to take notice and I proved I wasn’t just a random off the street but someone who was here to make a mark on the footballing world.

Here’s a little bio of myself.

My career as a footballer was cut tragically short in my 2nd season with my new club. I had just won my 29th cap, and it turned out to be my last. I was gliding down the wing about to cross the ball and bang! I got taken out full speed by the centre back. He’d got up and grimaced straight away when he saw me. I was pissed off. I tried to get up and lunge for him but couldn’t even hold myself up. I looked down and my leg was completely mangled. Turns out I had broken my ankle and leg in 3 places. Football was my life and I wasn’t going to walk away from it. I went on and completed my qualifications and decided I would become a manager.

I went 6 months without any interest in a club hiring me until one day, Bill Kenwright got in touch with me. We had an incredible meeting and I couldn’t convey my interest and desire any more than I did and by the grace of god, I was given the job. Everton were in the bottom 3 when I took over in December 2013 and that season I managed to guide them to 7th. We won the Capital One Cup, which meant European football and a boost to the finances. I know how important that is for Bill and the club. In the January transfer window, I brought in Darren Fletcher and Michael Keane from Man Utd for £4.2 million total, Ezequiel Rescaldani from Velez for £300,000 and Freddy Kanouté on a free transfer and sold 4 players.

The following summer I went on a shopping spree. I bought in Yassine Benzia for £10.5 million, Éder Alvarez Balanta for £10 million, Adnan Januzaj on loan which I converted to a full transfer in January for £17.75 million, Victor Valdes on a free, Denis Cheryshev for £2.2 million and Will Hughes for £10 million. I only managed to sell players for £8.2 million but the board backed me and I repaid them by lifting the Barclays Premier League title, beating Chelsea by 1 point. We also won the Europa League final and the club was on the up.

With Champions League football beckoning, I knew more players needed to be brought in and went shopping again. Chris Smalling joined for £6.5 million, Lucas Romero for £16.5 million, Luke Shaw for £25 million and Alvaro Negredo for £4.2 million. I sold Kevin Mirallas for £16.5 million as well as James McCarthy for £12.75 million and we went on. We lost the UEFA Super Cup and the Community Shield but started the season strongly. And then 2nd of February I received an offer I couldn’t refuse and so I left Everton after the wonderful time I had there and moved on to a new challenge with a club that was struggling with the reputation they have. After I left, Everton went through 2 managers, sacking them both before giving Tony Pulis the job. The club hasn’t won any more titles and looks to be on the way down.

I moved to Milan and began my new life there as I began to assert my authority straight away. From mid-table problems, I dragged the club to the title, winning the TIM Cup and Europa League on the way. I spent £185 million buying Marquinhos, Adnan Januzaj, Kurt Zouma and a number of youngsters, I sold a bunch of players for £58 million and kicked on with the new season. We won the UEFA Super Cup, the league, the TIM Cup and the Champions League against CSKA Moscow 4-2.

The next summer was another crazy transfer window as I bought Victor Wanyama for £20 million, Alberto Cerri for £22 million, Maxym Koval for £12.5 million, Isco for £30 million and Bruma, Yaya Toure and Robin van Persie. But this time, I made a profit, selling players for £110 million, including Mario Balotelli at 28 to Manchester United for £31 million despite the fact he had scored 32 goals for me last season. I knew I didn’t need him with Valentin Perrin and Alberto Cerri heading up my strike force and van Persie as a backup.

Since the new season has started, we have won the Supercoppa di Lega TIM, the UEFA Super Cup and the FIFA Club World Cup. This Milan team is incredible and we are now in January 2018, unbeaten in the league after 17 games, winning 15, drawing 2 and only conceding 6 goals so far.

Now you may be thinking that having spent all this money, I am not playing youth or giving the Milan academy players a chance but I would like to point out that many of my transfers not mentioned were aimed at bringing in youth to allow the academy to flourish. With the big name signings having been made, there will only be one or two every so often if the player is available. From here on out, the Milan future is with the youth.

So now I am a 30 year old manager, beating every team that comes at me and I have just taken on the Italy national team job. I do not believe my future will be at Milan though. I began my career with the aim to be the best manager in the world and I firmly believe I am on my way to emulating Jose Mourinho, the so called “Special One”, whose side is struggling now in the BPL. In fact, I believe I am now the “Special One” and he is simply another manager in this big bad world.

I apologise for the long introduction but I hope you will read this.
Login to Quote

No1VillaFan
8 years
Awesome intro please say that a rivalry with mourinho is on the cards....I am following either way
1
Login to Quote

Really looking forward to this, great start!
Login to Quote

Aaron
8 years
YAYAYAYAYAYA!! Missed you Krupesh:( But he's back and he's gunna blow your minds with this epic story, am I RIGHT? O.O
Login to Quote

Jack
8 years
Always loved your stories Krupesh. Will be following as usual!
Login to Quote

Josh_MU
8 years
What a start! Will be following!
Login to Quote

Verdinho
8 years
Interesting, I've never heard of this Krupesh Shah fella that used to play out on the wing but you seem to have made a name for yourself with Everton and Milan

Good luck with the story! I didn't get the chance to read 'The Eagles Have Landed' but hopefully this can be as good as 'Reclaiming France'

too many people to individually reply but appreciate the support. Not sure how I'm going to set this up yet haha but we'll see!
Login to Quote


News has come from the recent press conference in England that José Mourinho has not taken too kindly to Krupesh Shah’s recent words and it seems the feud is becoming more personal each day. 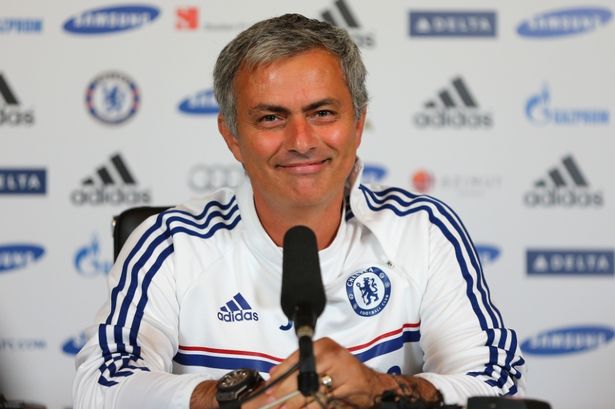 “Listen this Krupesh kid has been lucky. Yeah he’s won a few titles here and there but look at how much money he’s spent. I’ve won titles in every country I have managed and this guy thinks he’s the new ‘Special One’? Pah give me a break. I’m the ‘Happy One’ and have won titles with Chelsea again. We might be 12th now but it is just a minor blip. Let’s wait til his career is over and compare and see who is the better manager. He thinks he is a big horse but really he is a lucky horse that would have been put down with the reckless spending. He is trying too hard too early and he will fail, either with Milan or Italy. It is too much to manage country and club.”

And social media has exploded calling José a hypocrite for taking a swipe at the money Shah has spent, when in fact Mourinho started off the high spending era at Chelsea. The success Shah has bought Milan and Everton shows he has real credentials to go down as one of the greats in history. If he can continue this period of excellence there is no telling where his career will end up. His mentor, Sir Alex Ferguson was quoted last week as saying, “Krupesh is a person I have a lot of time for but also a lot of respect for. He is only 30 and has his whole career ahead of him yet he has already won titles in Europe. We talk every week and there are ideas he has that I never thought of. He’ll be better than me, mark my words.” High words of praise from one of the greatest ever managers in the world. This war of words seems to be taking new heights with José’s response and now the football universe waits to see what Krupesh Shah has to say about this.
Login to Quote

i love fueds!
Login to Quote