Aaron
8 years
Great team, although I would like an explanation to Welbecks inclusion! 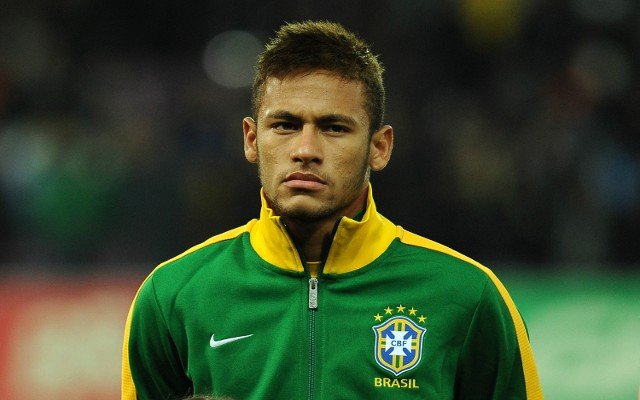 Barcelona forward Neymar reckons England is not likely to win the 2014 FIFA World Cup because they rely too heavily on Wayne Rooney.

The Three Lions face Brazil at Wembley, with Paddy hoping to prove England can mix it with the big boys ahead of next summer’s World Cup on his managerial debut.

But Brazilian striker Neymar, who’s set to make his Barcelona debut versus Malaga on Sunday, claims England are nothing more than average.

And despite Rooney failing to deliver his best form on an international stage, the Brazilian thinks England still look to him as their inspiration every time they play.

“England has great players like Wayne Rooney and Frank Lampard who have been among the best in Europe over the last five years, but it means nothing if they cannot function as a team.

“I am not worried about England at the World Cup at all. You look at nations like Germany, Spain and Argentina; England has not earned the right for us to consider them a threat.

“We watched their game against Ireland with (Roy) Hodgson and they rely so much on Rooney. If you want to win the World Cup, you need to have three or four Rooneys who can change a game like the big nations have.

“If Wayne Rooney is their only real threat at the top level then other teams will pay close attention to him. What happens when he has a bad game?

Neymar has stressed that although their clash against England is only a friendly; the Brazilian national team are desperate for a win.

“It is only a friendly game but we still want to win. Every game is important now because we want to go into the World Cup in our own country high in confidence.”

Neymar will be expected to start against England on Wednesday night as well as the highly rated 18-year-old and Botafogo star Doria.
Login to Quote 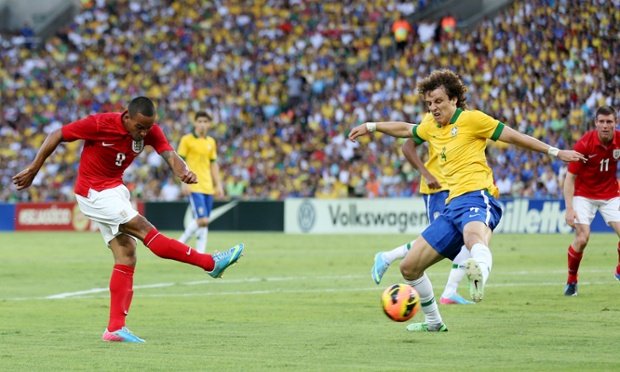 
A clash against Brazil is always a difficult one, be it home or away, so to win the game by that margin on my managerial debut is great and one I hope will make a few doubters ponder a bit more on my appointment.

In fairness, it was far from a walk in the park as the score suggests. Brazil I felt were solid throughout and would have been leading but for the post and Joe Hart. We didn’t cope with Leandro Damiao’s threat as well as we should but I’m willing to give the Jones – Jagielka partnership time.

We were fortunate to take the lead through Marcelo’s own goal but once Luiz Gustavo was sent off, we really managed to tip the balance and seal our win. With Gerrard out through injury at the last minute, I chose to play both Henderson and Wilshere in the middle, a combination many are touting as the future.

Overall I felt they played reasonably well considering they had their hands full with the constant attacking of Lucas Moura, Neymar and Oscar. With Doria getting his international debut for Brazil, I soon gave Adam Lallana his time to shine and he didn’t disappoint, managing to get in between the lines and cause the Brazilian defence problems. 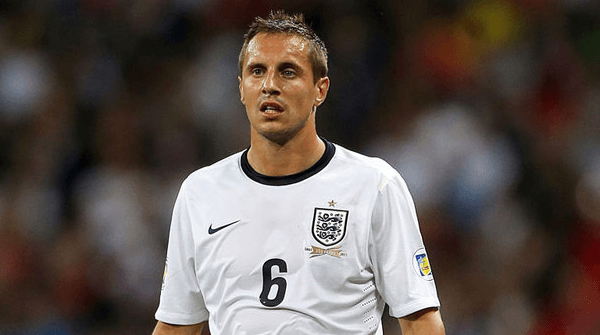 I’ve mentioned how Jagielka’s partnership with Jones wasn’t exactly a success but individually, I felt Jagielka was very impressive. In the first half, he organised well in a moment where we were under intense pressure and he was always keen to play to ball on the deck from defence. One of my tasks is to eradicate this hoof ball style England tend to play, so Jagielka’s style will be imperative.
Login to Quote

Jamesg237
8 years
Now if only the real England team could perform to those standards. A great start to the story P-Kiddy. I hope you stick to this for the long term.
Login to Quote

Neal
8 years
Good to see Liverpool lads getting on the scoresheet!:D
Login to Quote

Nero
8 years
Woah Brazil was crushed in that match, very good story so far keep it up (y)
Login to Quote

captainbrickarms
8 years
Under paddys management we will the the World Cup!
ENGLAND!
Login to Quote

Stephan
8 years
Your updates are cracking ones, as always. Great comeback!
Login to Quote 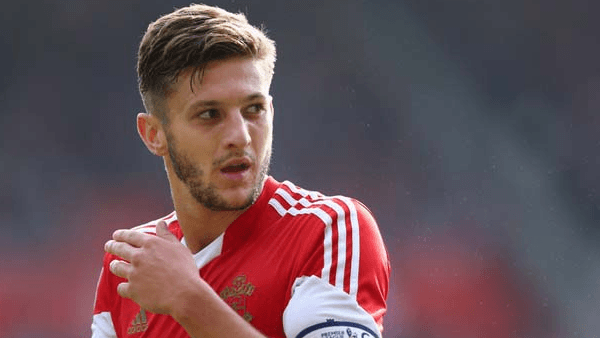 Southampton midfielder Adam Lallana is eyeing up a permanent spot in Paddy’s England international squad after being given his debut versus Brazil last night.

Lallana came on for Alex Oxlade-Chamberlain midway through the second half and impressed as England defeated Brazil 3-0 at Wembley.

The 25-year-old now hopes to feature more often under Paddy after an impressive start to the season with the Saints.

”I was delighted to get the call-up for England and it was an unforgettable experience to line up with and against some of the world’s best players.

“I aim to continue impressing for my club and hopefully, more opportunities in an England shirt will soon come.

“To make it to the Brazil World Cup would be an absolute dream, perhaps the highlight of my career, so I’m going to give my all in order to ensure I get a call-up.”

Calls for a cap for Lallana’s teammates Jay Rodriguez, Rickie Lambert and Luke Shaw have also begun to gather pace, with the latter likely to be introduced into the squad following injuries to Ashley Cole and Kieiran Gibbs.
Login to Quote 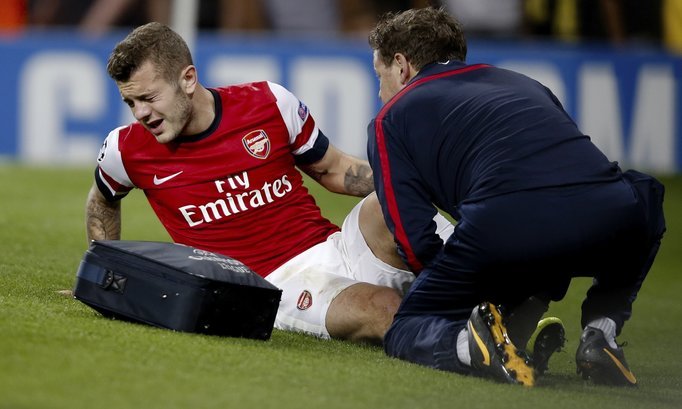 Arsenal star Jack Wilshere will be out of action for at least three weeks with an ankle injury sustained versus Pacos de Ferreira.

Wilshere had to be taken off in the second half as Tomas Rosicky replaced the Englishman in Arsenal’s 6-0 win in the UEFA Champions’ League qualifier.

The 21-year-old will miss out on Arsenal’s key clashes versus Norwich City and Southampton for the Barclays Premier League, as well as Arsenal’s return leg in Europe against Pacos de Ferreira.

Wilshere will also join a list of injured players, such as Steven Gerrard, Chris Smalling and Michael Carrick, that will definitely miss England’s crucial 2014 FIFA World Cup qualifiers against Ukraine away and Poland at home.

The Englishman could be back before their clash versus Aston Villa, although he is likely to be rested ahead of the Gunners crucial game at home to Manchester United on the 21st September 2013.
Login to Quote

Aaron
8 years
Back from the dead it seems! 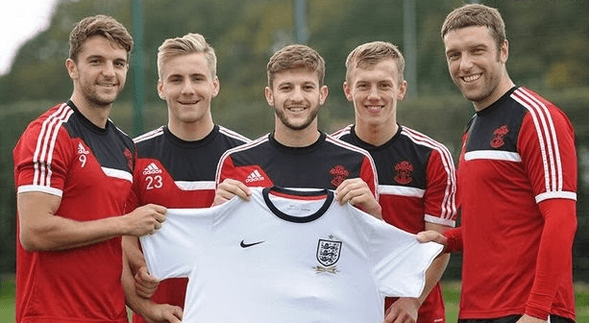 Southampton trio Jay Rodriguez, Rickie Lambert and Luke Shaw are all in line for their England debuts after being selected by the Three Lions' manager Paddy.

The three have all impressed under Mauricio Pochettino this season, as Southampton sit third in the Barclays Premier League.

Lallana earns another call-up after impressing versus Brazil, with 18-year-old James Ward-Prowse set to represent the England Under 21’s squad for the first time.

Paddy will be without Arsenal’s Jack Wilshere for both 2014 FIFA World Cup qualifiers versus Ukraine and Poland, with Steven Gerrard also ruled out.

Frank Lampard and Theo Walcott will return to the England set up, whereas Manchester City pair James Milner and Jack Rodwell will also be given the nod.
Login to Quote