Slid3Tackle
8 years
It's not that bad mate! They're World Champions...
Login to Quote

Adam Lallana set to be out for 5 weeks 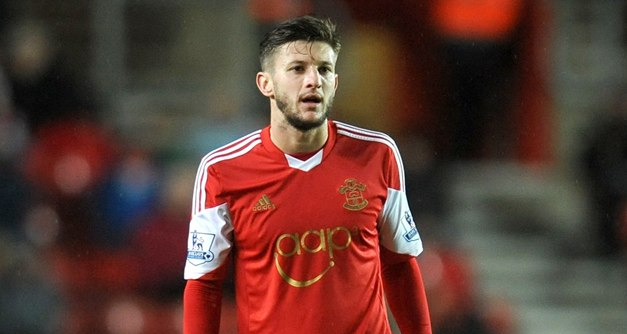 Adam Lallana is set to be out of action for up to 5 weeks with a sprained ankle, meaning he will miss out on some of England's crucial qualifying games.

It's been a good and a bad week for Southampton's Adam Lallana, he picked up his first England cap against Spain in a friendly and impressed manager Roy Hodgson, but he has picked up an ankle injury which sees him out of action for 5 weeks.

Lallana impressed Roy Hodgson against Spain and looked very likely to merit a first team place when England continue with their World Cup qualifying group, however this injury has come at a bad time for Lallana as he'll not only miss some important games for Southampton, but also at least two games of England's qualifying group.

Lallana has already impressed for Southampton after already having an assist in two games this season and has clubs such as Manchester United and Arsenal chasing his signature, but with missing up to 5 weeks, he'll miss an important game vs Arsenal in the Premier League.

Roy Hodgson spoke to the BBC about the injury news on Lallana:

"It's a bad time for him to get injured, we were very concerned when the club told us that he'll be out for around 5 weeks and miss a few important fixtures for us. I hope he recovers quickly and that he'll come back fighting."
Login to Quote

MJK46
8 years
That sucks. Hopefully he will comeback even stronger.
Login to Quote


Yeah, he played really well against Spain. Thanks for the comment!

pompeyblue
8 years
Unlucky about the Spain loss but they are quality side and it is to be expected.
Also unlucky about the injury to Sturridge but the Lallana injury isn't much of a loss. I guess my opinion is biased though

2014-03-29 11:15#166481 pompeyblue : Unlucky about the Spain loss but they are quality side and it is to be expected.
Also unlucky about the injury to Sturridge but the Lallana injury isn't much of a loss. I guess my opinion is biased though


Yeah the team performed well but Spain have that better class than us. Sturridge injury is bad, yep, but it gives other players a chance up front. As for the Lallana injury, he performed well against Spain which is why it's a big loss IMO, but I respect your opinion 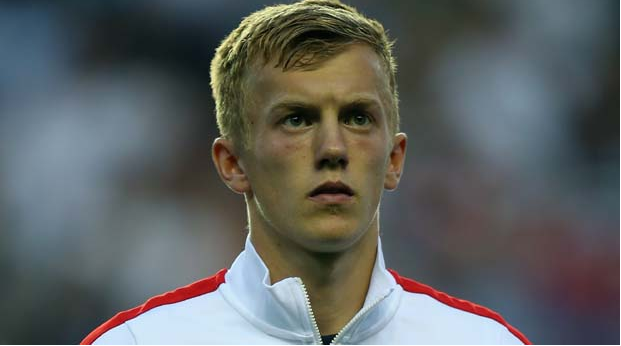 Southampton midfielder James Ward-Prowse is named in Roy Hodgson's England squad for the first time in his career.

Roy Hodgson has announced his 23 man squad to continue England's qualification campaign and has included Southampton youngster James Ward-Prowse in his team as Manchester United midfielder Michael Carrick misses out on fitness issues.

Ward-Prowse, who is only 18, is one of Southampton's successful youth products and is relishing the chance to impress at international level and hopes to give manager Roy Hodgson yet more selection issues for the World Cup. 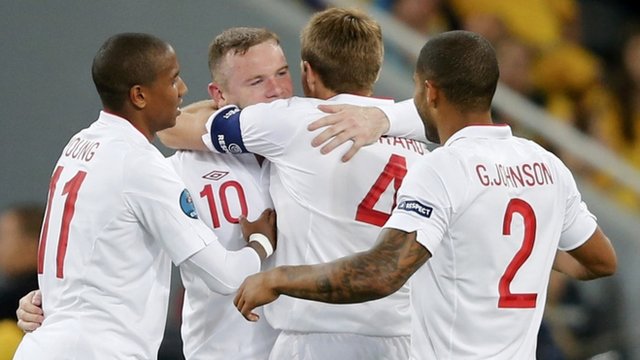 Jay Rodriguez scored the pick of the goals as England beat a below average Ukraine side and remain 5 points clear at the top of their group.

Goals from Wayne Rooney, Jay Rodriguez and Gary Cahill secured all 3 points for England as they look on course to finish 1st in their group.
Pre-match Hodgson shocked England fans by including Southampton youngster James Ward-Prowse into his World Cup qualifying team and the young midfielder impressed on his debut for England.

England immediately started with a very quick tempo with Gerrard starting to control the midfield, spraying passes left, right and center towards either the wingers or Wayne Rooney upfront. Ukraine couldn't contain the movement of Andros Townsend on the right and he almost put England ahead after cutting inside and firing just over the crossbar which had the alarm bells ringing in the Ukraine defence.

England then started to stretch the Ukraine midfield and England debutee James Ward-Prowse played a long ball up to Jay Rodriguez who flicked the ball up and played it fast into the six yard box for Townsend to hit against the goalkeeper and the ball ricocheted towards the head of Wayne Rooney who was calm enough to divert into the bottom left corner to give England a well deserved lead.

Minutes after Jay Rodriguez ran half of the pitch and diverted past two challenges to fire the ball at the goal which the goalkeeper looked to save but he made a hash of it and the ball hit the keepers hands and he pushed it into his own net to give England a 2 goal lead.

England carried on dominating the game and Gerrard won a corner, which he took and Gary Cahill leaped highest and smashed the ball into the back of the net to put the game beyond doubt.

Ukraine tried their hardest to get back into the game in the second half and it took them until the 88th minute where Khacheridi was able to tap the ball past Joe Hart after the England defence made a mess of a cross and gave the ball to Khacheridi who was able to give Ukraine some hope, however it wasn't enough and England won the game, which they deserved.

"It was a great performance by the whole team and we thoroughly deserved to win this game. I was impressed by the amount of chances we created and that we were able to finish our chances. I was really impressed with James (Ward-Prowse) as it isn't always easy to impress on your debut but he was very calm and played a great game for us today."
Login to Quote 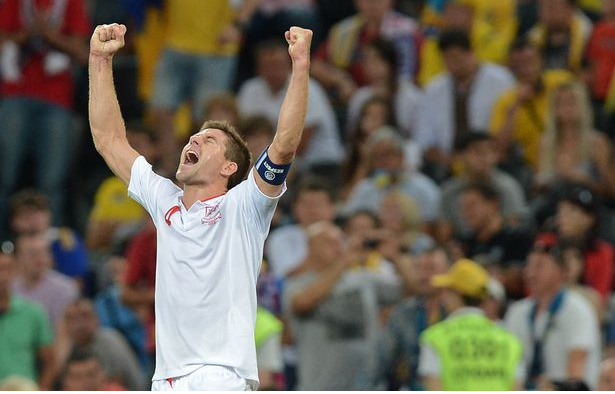 England were able to defeat Ukraine after the restart of the World Cup qualification stages.

Wayne Rooney, Jay Rodriguez and Gary Cahill all got the goals, however the spotlight was more on Southampton youngster James Ward-Prowse who earnt his first cap for this country against Ukraine.

Have a read of John Cross' ratings below, and share your thoughts in the comments section or by tweeting us @MirrorFootball.


Joe Hart: 7 - England's Number One played very well and commanded his area superbly, although he conceded one goal, he had little work to do and when he was called upon he delivered.

Johnson: 7 - Did some very good work on the right combining with Andros Townsend, Solid defensively and put in some outstanding crosses.

Cahill: 8 - Was very reliable at the back and didn't put a foot wrong all game, he also got a goal to sum up a very good night for the Chelsea defender.

Jones: 6 - Like Cahill he was very reliable however lost his man when it came down to Ukraine scoring, and sometimes looked shaky on the ball.

Baines: 6 - Quiet night for the Everton full-back, little to do but was non-existant in the second half.

Gerrard: 8 - Very dominating performance from the England skipper. Played some delightful passes up to the forwards and was very solid defending all match.

Ward-Prowse: 7 - Very good debut from the Southampton youngster. Contributed well to attacking Ukraine and dropped back when needed to ensure a solid performance and make Hodgson have more players to think about when he has to select his WC squad.

Townsend: 8 - Very good wing play throughout the game, made many chances and tested the keeper a few times, tracked back well to help out Johnson at the back.

Rodriguez: 9 - MoTM. Very consistent throughout, got an assist and scored a superb solo goal. Helped pull the strings in midfield and offered pace when going forward.

Rooney: 7 - England's Number One forward scored a neat goal and held up play well to allow his team mates to move on forward and attack. 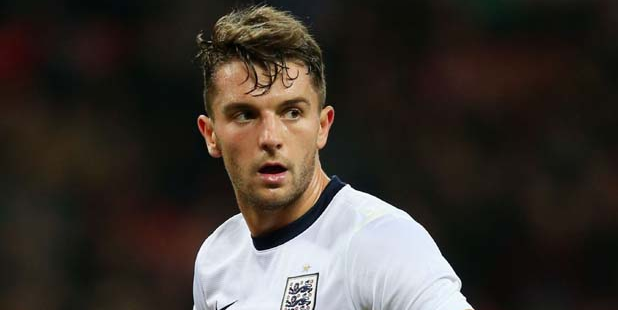 Jay Rodriguez, 24, had a very good game for England, scoring and assisting a goal.
Login to Quote


Thanks for the comment! Yeah, he's really impressed with his good form!
Login to Quote 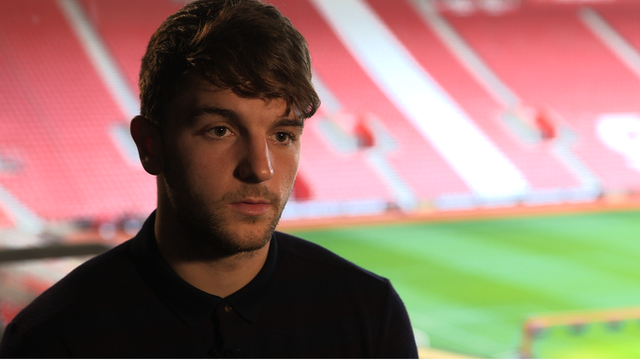 Southampton and now England forward Jay Rodriguez has spoke in a recent interview that he is 'thankful for the chance playing for England'.

After England's demolition of Ukraine in which Rodriguez starred in, the Southampton forward spoke to the media express how delighted he was that he was allowed to have the chance to play for England and to impress Roy Hodgson for the upcoming World Cup.

"I couldn't believe it when I was informed that I would be in the England squad to face Ukraine, I was so excited to perform in front of all the England fans and impress Roy Hodgson."

"It's every boys dream to play for their national team and for me to be able to say that I've played for my national team encourages me to perform even better and keep playing that way."

"I'd personally like to thank Roy for giving me this chance. I want to keep playing well and I hope that if I perform to my very best, I could possibly get another chance of playing for England."

Rodriguez performed very well against Ukraine, scoring a superb goal after setting up fellow forward Wayne Rooney to give England the lead.
Rodriguez is not the only Southampton player to catch the attention of England manager Roy Hodgson, with Adam Lallana recently getting his first England cap before getting injured, and Rickie Lambert is also in contention to get called up to the squad as well as James Ward-Prowse getting his first England cap, but also young full-back Luke Shaw has emerged onto the scene and with him putting in a sequence of good performances for Southampton, Ashley Cole's place in the team is under threat. 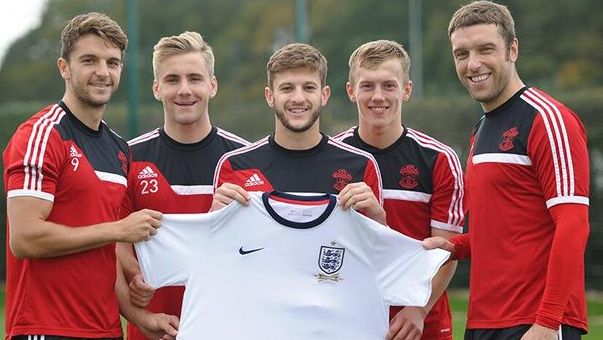 Fanastic Five: Rodriguez(far left), Shaw(middle left), Lallana(center), Ward-Prowse(middle right) and Lambert(far right) are all in contention of getting a place on the plane to Brazil.

England's next games see them travel to Poland where in-form Robert Lewandowski is waiting, a home tie at Wembley against a very weak San Marino team and finally another home tie to round off the qualification campaign against Stevan Jovetic's Montenegro.

England can progress if they are able to beat Poland and San Marino, however going to Poland will be tough with Lewandowski being in sparkling form, but Rodriguez is confident that England can win:

"I'm very confident that we'll go to Poland and win. They are a good team but if we perform as we did against Ukraine I'm sure we'll be able to bypass Poland."
Login to Quote

qwertyman
8 years
You should call up some Sheffield United players. This is just my bias showing, but I always end up playing Maguire and Baxter in these careers.
Login to Quote


Haha, I guess everyone shows bias towards some players, I'll possibly give them a go in friendlies but at this current time, we need better players to ensure we qualify.