AlexTHFC
8 years
Sorry I haven't updated in a while! I've been quite busy so haven't had time to write or play the save. An update will hopefully come later today or tomorrow

Please don't give up on this, it's not over.
Login to Quote

UMTITI: "We can shock them all"

Umtiti's opinion... Newcastle defender Samuel Umtiti believes the Magpies can shock the Premier League this season.
Newcastle's Samuel Umtiti has today spoken to Sky Sports News about the club's chances in the league this season, saying that the Magpies could "shock them all" with their new, young squad, captained by Nicolas Nkoulou. The squad Alex Heardman has assembled also includes Natxo Monreal, Kevin Volland, Gabriel Barbosa and Lucas Romero - four of the many high rated players in the team.

In the interview, which came before Newcastle's opening day game at Hull City, the 19 year old said this, "I strongly believe that Newcastle as a club is going to do great this season. We are a squad full of underdogs - Alex [Heardman] could've gone for Lionel Messi, Cristiano Ronaldo, Gareth Bale or Neymar, but he didn't. He decided to sign us youngsters and us underdogs up. Because he, too, is an underdog."

"The fact that he's signed Kevin [Volland], Rodrigo [Gomez] and Daniele [Rugani] are just a few examples of the fact that the entire club is a huge underdog in the league. And as long as we're lead by Alex [Heardman], I think we can shock them all with our young yet talented squad."

It's an easy month for Newcastle, with games against Hull City, Crystal Palace and Fulham in the Barclays Premier League, and Bury come to visit in the Capital One Cup. Heardman himself said this, "The comments Samuel has made are completely true - I could've signed Lionel Messi or similar players, but it wouldn't have been worth it. The reason I wanted to be a football manager was to see underdogs succeed. So I gathered a young, talented squad and I believe that Samuel is spot on with what he's said."

pompeyblue
8 years
Nice update Alex!
Hopefully you can 'shock them all' and have a great season

MJK46
8 years
Hopefully you can get a top three spot. Good luck!!
Login to Quote

Josh_MU
8 years
Nice update! Hope you do well in your season!
Login to Quote

In a month with four games, Newcastle have, as defender Samuel Umtiti said, shocked them all, as they scored a total of 17 goals and conceded just 1. The Magpies currently sit in 1st place with 9 points, the only team with a 100% record this season so far. 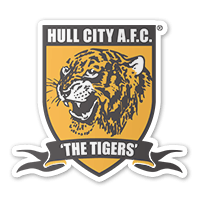 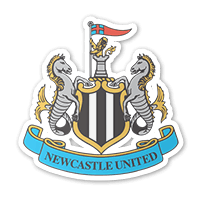 Hull City 1 - 4 Newcastle United (Barclays Premier League)
There were Premier League debuts for 12 first team players - with only Ross Barkley having played in the Premier League before this date. Gaston Gil Romero, Julian Draxler, Alen Halilovic, Ruben Pardo and Andre Ayew played well, but weren't a key part in the side's victory. Bernd Leno, Samuel Umtiti and Natxo Monreal all played good football, while Mayke, Ross Barkley and Nicolas Nkoulou made themselves a vital part of the team. However, it was Kevin Volland who picked up the man of the match by a country mile.
After Alen Halilovic got injured, Ross Barkley came on as a substitute and opened the scoring for the Magpies, making the fans understandably delighted. Kevin Volland then made it 2-0 to Newcastle just before half time, and the fans were ecstatic with the quick goals scored. In the second half, Volland scored again to make it 3-0, and the Hull fans were getting angrier by the second. However, the Tigers responded with a Lee Lyons goal a few minutes later to provide the fans with a little bit of hope. But then Volland scored again to finish off the Tigers and win the match 4-1. 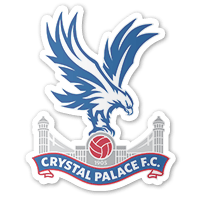 Newcastle United 4 - 0 Crystal Palace (Barclays Premier League)
Premier League debuts were given to two players at St James' Park, and they both got a good reception. Bernd Leno, Kevin Volland and Andre Ayew played well for the Magpies, while debutant Lucas Romero and Samuel Umtiti played a part in the victory. Mayke, Julian Draxler, Ross Barkley, Nicolas Nkoulou and debutant Mario Mandzukic all played great games for the side, but it was left back Natxo Monreal who picked up the man of the match this game.
Captain Nicolas Nkoulou started things off for Newcastle very quickly with a goal in the seventh minute. Striker Mario Mandzukic then doubled the scoring just 47 seconds later, telling Crystal Palace fans that this would be a miserable game. Ross Barkley put Newcastle 3-0 up before twenty minutes had passed and Newcastle fans were delighted. The rout was somewhat completed by Julian Draxler before it was even half time - but the Magpies were delighted none-the-less with the final score of 4-0. 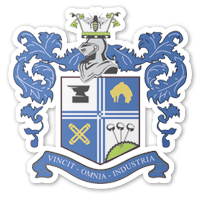 Newcastle United 5 - 0 Bury (Capital One Cup)
For the Capital One Cup, many players made their competitive Newcastle debuts. Angel Correa, Gaston Gil Romero and Donis Avdijaj played averagely for the Magpies, but the rest of the team shone throughout at St James' Park. Sergio Romero and Ruben Pardo were solid during the course of the match, while Christian Benteke, Sam Byram, Kurt Zouma and Natxo Monreal played great football across all 90 minutes. Andre Ayew, Luciano Vietto and Samuel Umtiti got close to becoming man of the match, but it was Rodrigo Gomez who grabbed the award for this game.
Argentinian striker Luciano Vietto opened the scoring for Newcastle 14 minutes into the game, but Bury had fighting spirit. However, it wasn't enough fighting spirit, as Christian Benteke doubled the club's lead just over 5 minutes later, and it was clear that Newcastle was already outclassing the League 2 side. 19 year old defender Samuel Umtiti then made it 3-0 before half time and Bury fans were already leaving the stands as it came to the second half. Bury then went a man down, and Rodrigo Gomez scored from the aftermath. Newcastle then pressurised the Shakers, and Gomez got his second of the game to complete the rout - the final score being 5-0. 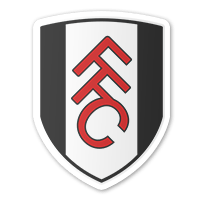 Fulham 0 - 4 Newcastle United
On a high after the last three fixtures, Newcastle dominated yet another game. Luciano Vietto, Alen Halilovic and Mario Mandzukic, however, played quite poorly. Sergio Romero, Rodrigo Gomez, Nicolas Nkoulou, Lucas Romero and Natxo Monreal played well throughout the game, while Kevin Volland, Mayke, Julian Draxler and Ross Barkley were excellent at Craven Cottage. Defender Kurt Zouma was man of the match, playing a terrific 90 minutes for his club.
Julian Draxler quickly opened the scoring in the third minute, making Fulham fans fear what was coming next. Winger Rodrigo Gomez then doubled the lead for Newcastle before 10 minutes had passed. That was it for the first half, but it wasn't it for the whole game. Newcastle pressurised the Cottagers until Kurt Zouma got a third goal fifteen minutes from time, before Kevin Volland completed the rout - giving Newcastle a 4-0 win.

Kevin Volland is the top scorer at Newcastle so far, with Rodrigo Gomez, Ross Barkley and Julian Draxler hot on his heels. However, there were many goalscorers in the four games, so these may not stay like this for too long.

Newcastle's three opponents sit in the three relegation spots (co-incidence? I think not), and the Magpies sit happily at the top of the table - Liverpool and Manchester United posing the only real threats.
pompeyblue: Thank you, I think you'll find my season's been... alright so far

pompeyblue
8 years
Fantastic month Alex and a great update too

TVDLC123
8 years
Awesome month, even if all the game were against relegation candidates

Nathaniel to Newcastle?... Nathaniel Chalobah is linked with a move to Newcastle United, but former club Chelsea are rumoured to be interested.
Former Chelsea midfielder Nathaniel Chalobah is linked to a September move to current league leaders Newcastle United in a bid from Alex Heardman to improve depth in the central midfield region - and to increase the amount of homegrown players into the club. However, if this rumour is true, they will face competition from former club Chelsea and fellow Premier League sides Norwich City and Manchester United.

Chalobah, 18, has spoken to BBC Sport over the rumours, saying, "I don't even know where these rumours came from, but I have not been approached by any club about any deal - if I had, I'd be speaking about it now! I wish I did have any sort of offer, and I would say so if I had, why would I hide it? That's all I have to say."

Other players Newcastle are apparently interested in include Carlos Vela, Yassine Benzia, Thibaut Courtois, Isco, Marco Verratti and Marquinhos. Newcastle have been enjoying a good run of results and sit top of the league, with possible thanks going to 26 year old rookie manager Alex Heardman.
pompeyblue Thanks!

TVDLC123 Thanks, I could beat the others easily

BeanyUnited
8 years
Wow amazing month and like the look of the signing! Very nice layout as well

Jer
8 years
Get all those that you mentioned, and quickly!
Login to Quote

ONE SIGNS, ONE RUMOURED

Today, Newcastle United have announced the signing of English midfielder Nathaniel Chalobah, despite Chalobah himself saying there was no deal in order. The 18 year old is believed to have been brought in as a back-up for current central midfielders Lucas Romero, Ruben Pardo and Gaston Gil Romero, but the signing means that the Magpies have seven players capable of playing in that position.

Playing in black and white... previously rumoured Nathaniel Chalobah has signed for Newcastle on a 24.5k per week contract until 2017, giving the Magpies 7 central midfielders.
With Lucas Romero, Ruben Pardo, Gaston Gil Romero, Lucas Silva, George Thorne and Leonardo Capezzi already at the club, it'll be hard for Chalobah to make a start, but does it mean that a few are leaving in January? Capezzi has left for Watford on loan already, and neither Silva or Thorne have made starts for the club yet. Could manager Alex Heardman be looking to make some money?

Chalobah spoke to BBC Sport again, where he ignored his previous interview, "I am delighted to have signed a contract with Newcastle, who have been doing so well in the Premier League so far. I can't wait to start for the club, and to be a part of the new era the Magpies are going through at this moment. I have learnt that Alex [Heardman] is a very good, underrated manager, who has assembled a great squad considering the status of Newcastle United before this began."

"I think everybody is forgetting that Alex has never managed a club this big before, and as Newcastle sit at the top of the league, we only have him to thank. I cannot wait to work with some names like Kevin [Volland], Julian [Draxler] and Ross [Barkley], and the entire squad, really."

However, Chalobah isn't the only name who was rumoured with a transfer into Newcastle, as a new, extraordinary rumour has formed about the availability of Lionel Messi. The Argentinian has apparently been offered a contract by manager Alex Heardman that'll keep him at the club for 2 years, and if this is true, the Magpies are going to be a force to be reckoned with.
BeanyUnited Thank you!

Pauker I've actually got 3 of the names I listed before, and 3 others are January targets

TVDLC123
8 years
Chalobah is good, one for the future though, as I doubt he can break into your great midfield. If you get Messi though....