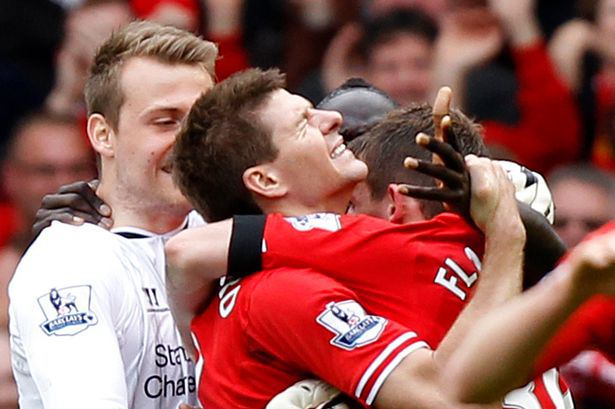 Today is a proud day for Liverpool FC, who have clinched their first Barclays Premier League title with two games remaining. In front of The Kop at Anfield, Steven Gerrard led the team to a 3-0 win over Crystal Palace, meaning that with two games left, their nearest rivals, Chelsea, cannot mathematically catch up to their points tally.

Martin Škrtel got Liverpool underway in first half stoppage time, heading a Steven Gerrard corner into the net. Suárez doubled the lead after half time, but then Brendan Rodgers' made a change.

"I wanted Steven to score, and he wanted the same. The game in which we were going to win the title, it was fate that he had to score, surely.

But it didn't look likely to happen. So I switched Luis and Steven, so that he could push up front, and it worked. I was so happy for him. He thanked me after the game, but all I said was that he deserved to star in this game. He won't like me for telling you this, but he cried tears of joy for hours after the game."

Yes, Steven Gerrard was placed up front by Rodgers, and scored the final goal at the Kop end.

"My birthday has come early." he told us. "I am ecstatic. I don't want the other lads to be overshadowed here, because they're the ones who have really put in the work. Of course I've done my bit over the years, but they are the ones who have made it happen this year. And Brendan has been spot on tactically this season. I hope now that we have won it once, that this will not be my last title."
Login to Quote

InvertedWingbacks
7 years
Amazing result mate! you deserve it too; been superb all season!
Login to Quote 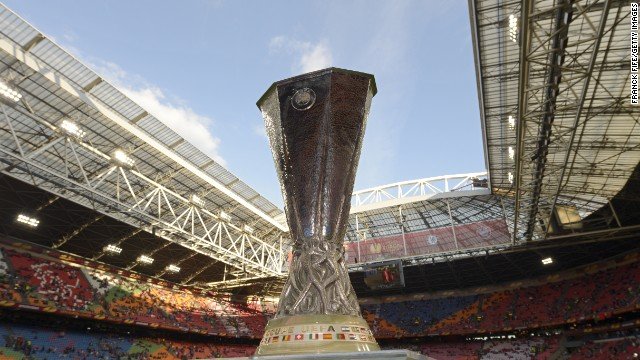 The Europa League Final is set to be contested in exactly two weeks time, and fans of both Liverpool and Werder Bremen will be hoping for a win in the competition. Liverpool were disappointed to have only qualified for this competition last year, but on the back of winning the Premier League title this year, do they have enough confidence to pick up their third trophy of the year?

The competition started in 1958, and Liverpool have won it three times since it began. Their most recent win in the competition, however, was fifteen years ago now, back in 2001. Werder have never reached the Final before, and have not even dared to dream about winning the competition before this year.

Liverpool manager Brendan Rodgers is gradually making a name for himself as a manager, and is on a quest to secure a treble - having already won the Capital One Cup and Barclays Premier League this season. Werder manager Robin Dutt was lucky to keep his job last year, having seen the side relegated from the Bundesliga, but he has got them promoted back to Germany's top division.


Liverpool began the competition at the Group Stages, and emerged from Group A - a group containing Benfica, Partizan Belgrade and Odense Boldklub - as the winners. In the First Knockout Round, they beat Schalke 3-1 on aggregate to reach the next round. Here, they knocked Napoli out, beating them 4-1 on aggregate. The Quarter Finals came next, and Liverpool beat Beşiktaş 5-0 on aggregate. Stuttgart came next, 4-0 to Liverpool. They've beaten two German sides already, and will be hoping to make it three in the Final.

Josh_MU
7 years
Good luck in the final!
Login to Quote 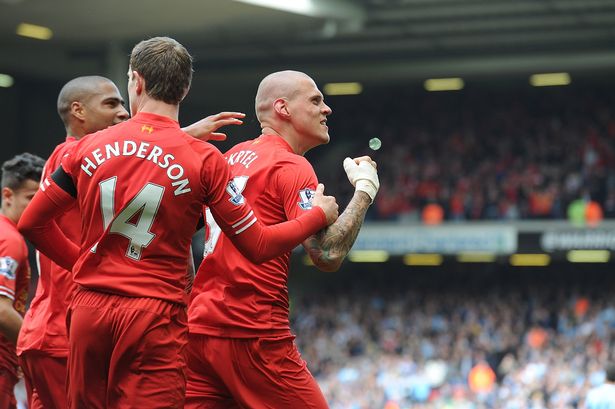 Christian Benteke bagged two goals as Liverpool were crowned Europa League champions last night, in a 0-3 victory over Werder Bremen, who managed to get just one shot on goal all night.

Wins have not been hard to come by so far this season for Brendan Rodgers' side, and this latest victory adds to their trophy tally for the season - the club had already won the Capital One Cup against Everton, and also secured the Premier League title this month.

Werder Bremen supporters, and manager Robin Dutt will not be too disappointed, however, with the club having made an instant return to the Bundesliga, after winning the 2. Bundesliga this season.


Turkish referee Fırat Aydınus officiated this one sided clash. Liverpool kicked off at the Estádio do Dragão but couldn't make an immediate impact in Portugal. The first noteworthy chance of the game, was in fact, the opening goal; Martin Škrtel giving his side the lead after just 24 minutes. Xherdan Shaqiri drilled a low corner towards the Slovakian, who calmly volleyed past Mielitz in the Werder goal. Minutes later, Brazilian midfielder Coutinho was booked, but from the resulting free-kick, he immediately won the ball back. The Brazilian spread it wide to Enrique, who surged down the byline and delivered an appetizing cross towards Christian Benteke, whose header unfortunately cannoned off of the crossbar.

The half time whistle blew, but after the break, Werder Bremen looked like they may be able to get back into the game at the very least - a shot from Ott trailing just wide of the goal. But, Coutinho nearly put the game to bed with less than five minutes gone in the second half, hitting the crossbar from 20 yards. 54 minutes into the game, however, this unfortunate miss was avenged by Benteke, who scooped a low cross from Xherdan Shaqiri across goal and into the net.

Then came the killing blow. More linkup play between Shaqiri and Benteke inside the penalty area allowed the Belgian to score into an open net, the goalkeeper outfoxed by the sudden pass from Shaqiri. The full time whistle blew and Liverpool celebrated an impressive treble for the season, while Werder Bremen will need to recover from this instantly if they harbor hopes of surviving the drop next season.
Login to Quote

Jamesg237
7 years
Excellent updates recently and congrats on your success! What are your aims for next season?
Login to Quote

LFC
7 years
Sorry to all who read this, but my story is ending, since I have played too far ahead of the save, and there is no way of retrieving some important details. Thanks to all for 7000 (almost, at the time of this post) and I'll probably have a new story, but most likely on FM 15.
Login to Quote

Josh_MU
7 years
Aw man, I really enjoyed this story. I understand where you are coming from, will be waiting eagerly for your next story!
Login to Quote

InvertedWingbacks
7 years
aww, thats gutting...really enjoyed this story; looking forward to your next one
Login to Quote