Martinez Sacked After Bust Up With Bill

Just days after joining the 'People's Club' former Latics manager is on his way out after a argument with owner with Bill Kenwright. It is not known what the argument was about but it is believed that the argument started when Martinez criticized how much money Kenwright was pumping into the club.

Kenwright reportedly felt extremely insulted by the comments from the new manager and the argument escalated very quickly. Martinez refused to back down from his statement claiming that he was deceived in the job interview process when it came to the transfer kitty he would receive. Martinez and Kenwright reportedly argued for a further two hours about the job situation and transfer budget before Martinez was spotted by press storming out of the Everton training ground. At the time there was no official statement from the club but the statement followed shortly.

"Everton football club can announce that Martinez has been dismissed from the position as manager. After some consideration the board decided that Martinez was not a suitable choice for the job after today's events. We already have a young unknown manager in mind to replace him but nothing is certain as of yet. We promise the fans the managerial vacancy will be sorted very quickly.'

AlexTHFC
8 years
Good luck and good start, nice to see you back to story writing

MJK46
8 years
Good luck. I am looking forward to this.
1
Login to Quote

McMonkey
8 years
What a tragic start to the tale! Still, I hope you can emulate or exceed Roberto's success story so far!

I'm a Toffee, and although I haven't played a proper game as them yet I did have a little look when I was familiarizing myself with FM14. I noticed West Ham's Diame has a £3.5m buyout clause and Keisuke Honda can be brought in for around £1.5m. That said I play with the default version where the winter transfers are not included.
1
Login to Quote

BeanyUnited
8 years
AlexTHFC: Cheers man it has been to long haha!

pompeyblue: Thanks will be tough to replicate real life form haha!

McMonkey: Haha I will have to make sure I don't disappoint you then 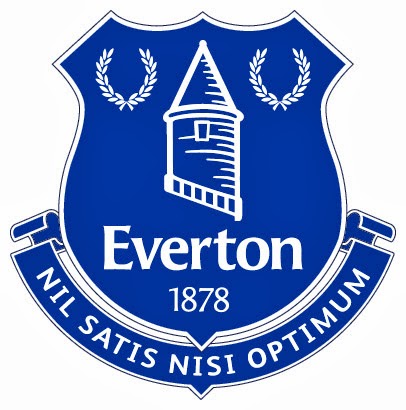 In a truly bizarre turn of events Everton have gone from one of the most well regarded managers in English football with a great future ahead of him to a man who has yet to step foot in a managers office let alone win the FA Cup with a very poor team. After the sacking of Martinez Everton instantly went to work on hiring a new manager, one that believed in the Everton's project and accepted the transfer budget. But he also had to be strong willed and able to handle the pressures of top flight managerial football.

Everton seem to believe thy have found their man in the shape of 27 year old Joshua Bean.

Bean was born in the town of Kettering on October 24th twenty-seven years ago and has lived in the very nearby town of Wellingborough ever since. A modest town with little to boast about apart from the lead singer of Radiohead living here for several months as a new born baby. So to see a man from Wellingborough make it to top flight football as a manager has sent shock waves through the community and also the footballing world.

Everton owner Bill Kenwright released this statement about the managerial update.
"We the board of Everton football club has taken this decision very seriously and believe that Bean truly is the best choice for the club. Sometimes reputations can be deceiving in how effective someone actually is in their designated field of work. While not having any managerial or coaching experience Bean has a large knowledge of football gathered from being a keen fan of all football as well as being a FA Qualified referee. This shows us he has the knowledge of the game that even some top managers are unaware of. We talked to Bean at very long lengths about this job, the expectations of the board and most importantly the fans high expectations and Bean has promised us he can keep to these expectations and if given time he could exceed them. We think this is a very exciting time for the club and look forward to the future a head for this club."

Bean's appointment was a shock to all but it didn't take long for many Everton players to voice their approval of Bean after their first training session with him this morning.

Loan signing Lukaku tweeted "Great first session!!! Bean has gripped this squad we are ready for the season ahead! #PeoplesClub"
Baines then followed followed his teammate and tweeted "Good to meet the new gaffer appears to be a great man with good knowledge of the sport. Shown in his first training session!! Now for a great night out.. Enjoy yours tweep! #ComeOnYouBlues"

Fans have also been quick to accept Bean knowing this will be the best way to aid him in bedding in to the club.

It is well and truly exciting times ahead for the People's Club.
Login to Quote

BeanyUnited
8 years
Nick: You miss me

Haha thanks pal!
Login to Quote

The 510 Series
8 years
We're no longer the People's Club; that bit's been removed from the ground.

COME ON YOU TOFFEES, MAKE MERSEYSIDE PROUD!
Login to Quote

Jamesg237
8 years
I can't remember seeing an Everton story so that makes this one definitely to follow. A good start. Keep it up!
Login to Quote

The first press conference is a vital day in the life of all new managers. But none came much bigger than this. Joshua Bean was about to meet the press for the very first time in his career after taking over in controversial circumstances.

JB is me and PR is press questions

JB: Hello everyone I would like to thank you all for coming I am honored that my appointment has made such a major news story. Thanks to you all, now we can start with the press conference at exactly 10:00 AM.

PR: Hi Josh, it is The Sun here. Could you answer me this.. How do you rate your squad in terms of ages, ability and other essentials such as personality?

JB: Well it is a massive honor some of these players such as Baines and Tim Howard to name a couple. But the entire squad is very, very good. To have a striker such as Lukaku supplemented by a midfield with players such as Kevin Mirralas is just outstanding. In terms of age I think the squad is very well balanced with have experience such as Howard and Distin alongside youth with players such as Stones. Personality wise they are all determined to win and succeed and I wouldn't have it any other way.

PR: Hi Josh, I am the journalist for The Guardian. What would you say your targets are this season in all competitions?

JB: Well quite simply I will aim for top I think we can do it. But my minimum aim is to finish challenging for top four so at worst 6th. But yeah erm.. Top four is a aim. In terms of the cups well erm.. I would target final four in the FA Cup we should go on a good cup run with this squad. Capital One Cup is hard to judge because I will use it to rotate players to rest essential players. But again later stages is expected by me.

PR: Daily Mail here. Would you say Bill Kenwright has given you enough transfer budget?

PR: Hi the Telegraph here. What transfers do you expect to happen incoming and outgoings?

JB: Well I am only one day into the job so I can't say for certain but I am looking to sign one or two players this window. No names will be mentioned since I believe that is unfair on other teams and managers. As for outgoings well ermmm I will keep hold of our best player such as Baines. The only way Baines can be taken off our hands is if we receive an absolutely amazing offer… Baines is more than a good player he is our leader going forwards and at the back. But I am looking for a younger keeper for a long-term replacement of Howard and a striker to rotate with Lukaku maybe if we have the funds remaining a winger.

PR: The Sun again. Do you think you are good enough to be a manager at Everton?

PR: And Josh what about the owner to dismiss a manager such as Martinez so quickly and easily must leave you worried?

JB: No not at all… Move on please.

PR: Ok last thing we would like to ask… What have you got to say to the fans?

JB: (Chuckles) Well I wasn’t expecting a question like that.. Ermm well I would like to say it is a great honour to manage a team with such great fans. Passionate, loyal and vocal is all you want from a set of fans and we get that here. I promise the fans a great season with entertaining football. That is all for now thanks for your time.
Login to Quote

BeanyUnited
8 years
Jamesg237: No there aren't many around so hopefully I can set the benchmark for them to be compared to

The 510 Series: Haha I won't say that again then

pompeyblue: Thanks and hopefully so man!
Login to Quote

You are reading "Everton: Playing for the People".