captainbrickarms
8 years
Where next for the magic martinez?
nice updates btw
1

ImDonkey
8 years
#Southampton? GREAT story by the way! One of my favorites and one that I find very interesting!
1
Login to Quote 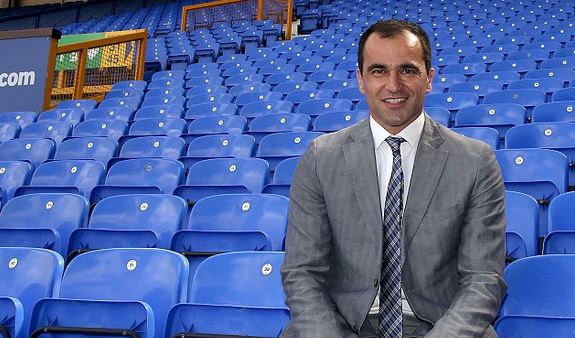 With a wealth of football experience behind him, Roberto will work with manager Mark Hughes as the Club embarks on the last three games of the season, and the important task of securing our Barclays Premier League status for a 7th consecutive campaign.

Both Martinez and Hughes will report to the Club's CEO Tony Scholes.

Hughes said: "I'm very happy that Roberto has joined us as I know his expertise will be invaluable as we enter the remaining games of the season.

"Following our recent slump into a relegation battle I discussed with both Tony Scholes and the Chairman the challenges we face, and I was delighted that they supported the idea of additional support within the coaching team.

"Roberto has a proven track record in the industry and understands full well what it takes to succeed. I look forward to sharing ideas and listening to advice, to ensure Stoke City Football Club remains where it belongs: in the Premier League."
Login to Quote

InvertedWingbacks
8 years
that's an interesting one there mate! Nice choice with Stoke too!
1
Login to Quote

fmhunter
8 years
TAT: Yup - stay tuned to see how this pans out!
Login to Quote 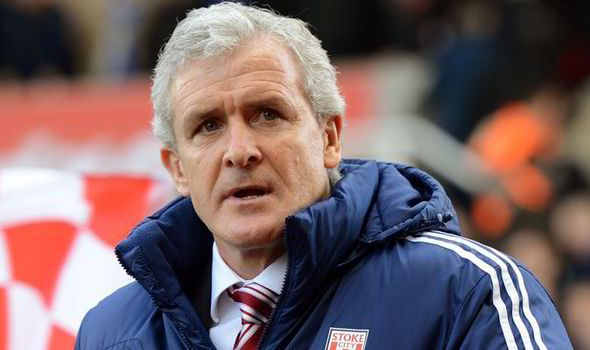 Stoke City have sacked manager Mark Hughes a day after the club's relegation to the Championship.

Former Wales manager Hughes took the vacant Stoke position six months after being sacked at QPR, and guided the Staffordshire club to a respectable mid-table finish in the 2013/14 Premier League season.

However the ex Manchester United striker could not prevent Stoke from being relegated, and two days after their drop to the second tier was confirmed, Hughes has lost his job.

Stoke are now looking for a manager, with reports that new Technical Director Roberto Martinez will take the management position in the coming days.

Tim Sherwood and Sam Allardyce take up the other two positions in the bookies top 3, but at 1/3 odds on it seems Martinez will be announced as the new manager of Stoke City.

The Potters lost their top-flight status after a dramatic final day in the Premier League, with Sunderland winning away at Manchester City, dragging Stoke, who only managed a 1-1 draw with Newcastle into the relegation zone on goal difference. 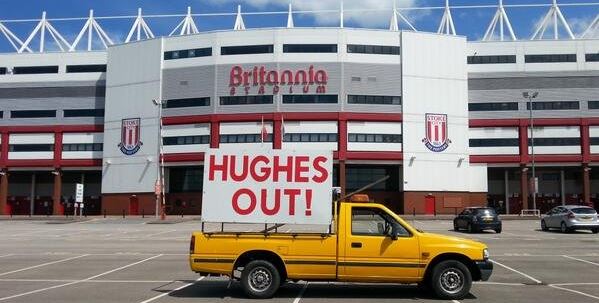 One die hard Stoke fan was so dismayed by Mark Hughes' tenure, he decided to park his vehicle outside the Britannia Stadium until he heard on the radio that Hughes had been sacked.

A Stoke statement read on their website: "Manager Mark Hughes has been informed by Stoke that his contract is to be terminated. All of Mark's backroom staff will also be leaving the club.

"Stoke have now begun a recruitment process, which in conjunction with the board will be managed by Technical Director Roberto Martinez and Head of Youth Development Kevin Thelwell."

"The club will now take as long as is necessary to make this crucial appointment and there will be no publicly communicated timescales.

"The club will be making no further comment at this stage."

Hughes has managed Wales, Blackburn, Man City, Fulham, QPR and Stoke in his management career so far.
Login to Quote

Josh_MU
8 years
Heh oh Sparky :') I wonder if Roberto will do a good job at Stoke, and possibly played ATTRACTIVE football! xD


Must have watched that clip 20 times now, and its still monstrously amusing.
Login to Quote

and something like that happens maybe?
1
Login to Quote Out with the old, in with the new. Martinez replaces Hughes at Stoke

Stoke City have named their current Technical Director, Roberto Martinez, as their new manager, just six months after the former Swansea, Wigan and Everton manager came out of a coma.

He replaces Welshman Mark Hughes, who was sacked earlier this week following Stoke's relegation from the Premier League to the Championship.

Former Everton manager Martinez, 41, has been out of work since his family decided to mutually terminate a recently signed three year Everton contract - with the manager left in a life-threatening position after a car accident while on holiday.

He endured tremendous success in his 12 month stint at Everton, guiding the club to 2nd in the Premier League and a place in FA Cup history, winning the competition for the first time since 1995.

Since Martinez left hospital and began recuperation he has stated boldly that he is ready to return to football, but only at the right club in the right job.

He was appointed Technical Director to assist Mark Hughes with training and the coaching workload at Stoke, but has now taken over the reigns in the hope that he can guide the club back to the Premier League at the first time of asking.

"@StokeCity: The club are delighted to announce that Roberto Martinez has left his role as Technical Director to become the club's new manager."

"@StokeCity: Roberto has signed for the club on a two year contract. The club believe Roberto is the right man to lead us back to the Premier League this season."

Stoke chairman Peter Coates told Sky Sports this morning: "It was not a difficult decision at all. Roberto is a man who has showed incredible courage and determination in the last year, and his football credentials speak for themselves. We are delighted that Roberto has joined us here at Stoke City."
Login to Quote 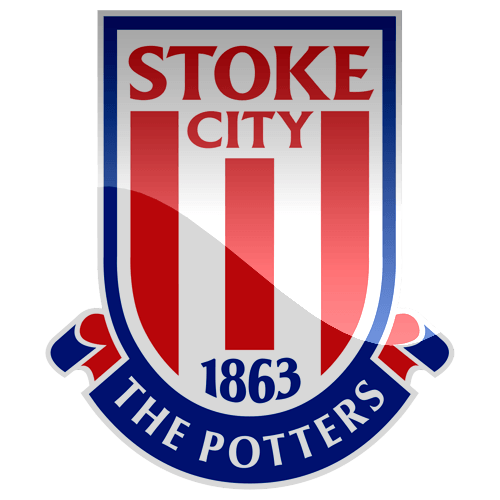 This is my new club, Stoke City. After my near death experience, a year later I am proud to be back managing a football club. I feel that this is the right level to be getting back into the game, even after my success at Everton. I hope you will follow and support my career move. Gracias.

The Hound
8 years
Really impressed with the story so far, kudos!
1
Login to Quote