fmhunter
8 years
Jason: Cheers mate, ha! That would be something!
Login to Quote Former Swansea, Wigan and Everton manager Roberto Martinez has left Son Llatzer hospital in Mallorca. Martinez had been in a coma for over four months after a horrific car accident while on holiday, likely celebrating the Premier League and FA Cup success endured in his first season at Everton with his wife.

Martinez's family had decided to mutually terminate the contract of his management at Goodison Park, whilst the Spaniard was in the early stages of his coma.

He began to show signs of progress shortly after and then awoke in early November.

Today, Christmas Day 2014, we are delighted to break the news that Roberto Martinez has left hospital and is making an incredible recovery.

Martinez will return home to make a full recuperation in Cheshire with his family, and is due to appear on Sky show 'Goals on Sunday' at the weekend, with millions of extra viewers expected for the program.

It remains unclear as to whether Martinez has any plans to return to management, but the main thing is that he is alive and well after many months of heartache for his family and fans.

Claudio Ranieri, who succeeded Martinez at the beginning of the 2014/15 season, has guided the club to a lowly 9th in the Premier League, but remain in the latter stages of the UEFA Champions League, a competition Roberto Martinez guided the club to for the first time in a decade.
Login to Quote

I think hes on way back to Everton maybe?
Login to Quote

fmhunter
8 years
Jason: Thanks man. It's a long shot...but it could be!
Login to Quote

Feliks
8 years
i have no clue whats going on, where the hell is he going to go! i reckon he might storm back to everton demanding his job back....
Login to Quote

sponge11rofc
8 years
Great Twist! will be interesting to see who will be the team that Martinez takes over next ! .
Login to Quote The following is the transcription taken from Roberto Martinez's interview on Goals on Sunday.

CK: Roberto, it's amazing how well you're looking after what was a horrendous few months for you and your family and all the fans at football clubs around the world. The support has been incredible hasn't it?

RM: It's been very strange. People keep saying what is it like being in a coma? And I said I don't know, I was in a coma. (laughter). It's true though, but you're right the support has been worldwide and I can't believe how amazing it has been. I thank everyone.

CK: So, I know you don't want to talk about the accident itself as it is still very fresh and we completely understand that. So, as I'm sure you know, here on Goals on Sunday we love to talk football. Let's start with your time at Everton, that was an incredible 12 months!

RM: Fantastic, absolutely fantastic Chris. The supporters were a dream, the club was a bit of a dream and I was ready to stay for a long time. But things like this do happen and the decision of my wife and children to resign my position is something that, I'm proud of them for. Who was to say I wouldn't be out of football for 10 years? You can't have an interim manager for 10 years in the hope that I would come round and bring the club back to the heights of last season - so I back them for that decision. It makes me very...proud, yeah.

BS: The FA Cup victory, do you have any memories of that day?

RM: Absolutely, of course. I had won it the year previous with Wigan, and then to come to a new club and do it again - it was a surreal feeling, almost like De Ja Vu, but listen that club will continue to grow. They have Claudio Ranieri now who is a majestically talented manager and coach and I think after this season, where the players have struggled through what happened to me, I think next season they will be fine.

BS: There are a lot of people saying that next season, you might return as manager at Everton?

RM: I can't rule anything out, it is unlikely I must say and Claudio is the right man to move them forward. I am ready to manage again, but give it a few months. My recovery is still in the early stages and perhaps next season I will become a manager again, I just don't feel it will be Everton, no.

CK: But, in the future, some way down the line, you would return?

RM: Absolutely Kammy, without a doubt. It isn't up to me though.

BS: At what level, realistically would you look to return?

RM: I'm an open book. It doesn't matter. Football management is what I live for, and when you've had your life hanging in the balance it has only made me more determined to be successful. My wife hates the idea, she thinks I should stay at home wrapped in cotton wool for the rest of my life, but no, seriously, any level. The right offer, when I'm 100%, I will take it.

CK: It's been an absolute honour to have you on the show Roberto, we wish you all the best in your recovery, you're looking fantastic, and we hope that you're back on the training ground and the touchline very soon.

RM: No problem, thank you for having me.

BS: From all here at Goals on Sunday, good day.
Login to Quote

Justice
8 years
Heeeeeey Roberto is back

fmhunter
8 years
Jason: Cheers mate!
Justice: Back he is. WITH A BANG!
Login to Quote

Jack
8 years
Great interview, will be exciting to see who takes him on 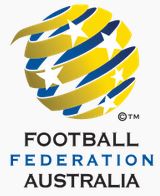 Simply put, this wasn't a job I was interested in. I do want to get back into management but international coaching isn't where I want to be at the minute. This was swiftly rejected.

Languishing, battling relegation in the Barclays Premier League. Yes, it was tempting, and I attended the interview. But the forthcoming budgets were appalling and the club is in a bit of a financial mess. This one wasn't for me.

I can't lie, this tickled my fancy. A move back to Spain was something that interested me, but at this stage in my career - I want to remain in England, where the support while I was in hospital was incredible. I have a connection with English football fans and if possible I don't want to move away.


Not so much as an offer this month.

As I said previously, I don't want to move away from England just now - though this was a job I was prepared to attend an interview for. Unfortunately I didn't agree with their philosophies and the job just wasn't for me. They were still in a relegation scrap, and coming back from my accident, I wasn't sure the pressure of keeping a club in the top tier would be right for me.


This, my friends at FMScout, is where things got interesting...
Login to Quote