swanny8589
8 years
Grrst responses there. Though you didn't answer my one about knowing Fabio Cannavaro

Zed
8 years
Good responses, and great idea with this. Might steal this idea for when Totti retires in my Roma story

To start the month, Truro took on Exeter at Treyew Road in the FA Cup 2nd Round. In the first half, Truro dominated possession but it was Exeter who had the majority of the chances. Despite this, neither side managed to score, so the teams headed into the break locked at 0-0.

Two minutes into the second half, Joe Lolley opened the scoring for Exeter by capitalising on a Billy Jones error. Not one minute later, Aiden O’Brien levelled for Truro by heading home a cross from Kelvin Etuhu. Exeter took the lead once again when Robin Dempsey brought down Dexter Blackstock inside the box, Blackstock then stepped up to convert the penalty. Devon Logan put the final nail in the coffin when he scored in the 77th minute, knocking Truro out of the FA Cup.

Early in the first half, Truro came out looking sharp but they were unable to produce any decent opportunities. Port Vale made Truro pay for it when Michael Willis converted a one on one opportunity late in the first half to see Port Vale head into the change rooms with the advantage.

Straight after half time, Jonathan Obika extended the lead for Port Vale putting the ball past Ollie Chenoweth after the original shot from Niall Mason hit the crossbar and rebounded back. Despite Truro’s best efforts, Port Vale never looked in doubt with the match finishing 2-0.

Truro grabbed an early lead when Aiden O’Brien got onto the end of a pass from Chez Isaac to score in the 11th minute. For the rest of the half, Morecambe looked the better side but it was Truro who held the advantage heading into the second half.

Connor Jennings brought the scores level for Morecambe in the 54th minute, scoring from a well-executed set piece. In the 78th minute, Warren Bentley converted a one on one opportunity with Ollie Chenoweth to give Morecambe the lead. Despite their best efforts, Truro didn’t manage to score a goal, seeing Morecambe come away with a 2-1 victory.

Truro headed back to Treyew Road looking to end their poor form but Eoghan Stokes would open the scoring for Torquay in the 21st minute, heading home a Donal McDermott cross. Despite the goal, Truro looked the better side throughout the half but it was Torquay who led heading into the second half.

After half time, Jim Kirby would add to Torquay’s lead, heading the ball home from a Donal McDermott free kick. Minutes later, Dan Green would be sent off for a second yellow card, seeing Truro go down to ten men. Torquay easily managed to see the rest of the game out and claimed victory.

Truro went into the fixture against Portsmouth missing all four full-backs and star performer Chez Isaac. Despite the missing players and poor run of form, Aiden O’Brien opened the scoring for Truro in the 24th minute with a stunning strike which found the top left corner. Portsmouth controlled the rest of the half, but it was Truro that went to the break with a 1-0 lead.

After the break, Portsmouth continued to dominate possession and create chances but failed to convert their opportunities into goals. During the entire game, Truro only managed one shot on goal but that one shot from Aiden O’Brien was enough to seal the victory.

Despite a very poor month, Truro has only dropped one spot on the league table as well as finding themselves only one point closer to the relegation spots.

Brought into replace Stewart Yetton, Aiden O’Brien has begun to find his feet for Truro. The former Irish U21s player has scored three goals in five games during December, O’Brien joined Truro on free transfer this season after previously playing for Morecambe and Millwall.

After two months of difficult fixtures, five of the six teams Truro faces in January are currently in the bottom half of the league table. Despite this, Truro will face their toughest challenge of the season when they play first placed MK Dons away from home.
Login to Quote

Tallery
8 years
A tough month, playing some hard teams. But you will pick them up for sure, you are their legendary manager for gods sake!
1
Login to Quote

Zed
8 years
You've got further away from that play-off spot, but I'm sure you'll stay up and challenge for it next season! Still, good luck on trying to climb up the table in the coming months!
1
Login to Quote

Seb09LFC
8 years
Unlucky Griffo, tough month but you will pick it back up
1
Login to Quote

Jer
8 years
Stay up and challenge for it next season, that's the objective, right ;)?
Login to Quote

swanny8589
8 years
unlucky month, hopefully there is an improvement next month, I think you can still challenge for that promotion playoff

Feliks
8 years
tough month, but there is plenty of football yet to play
Login to Quote

squirmy420
8 years
Rough month, but you can still grind this one out. I believe.
Login to Quote

pokarioboy
8 years
A tough month ahead, but I believe in your ability to get through it alright

Griffin Sits Down For Exclusive Interview 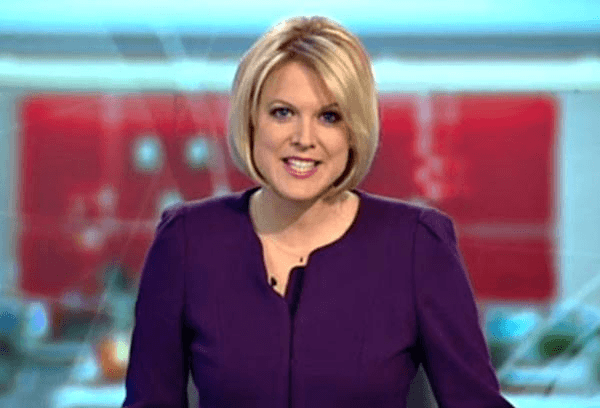 Today on BBC Radio Cornwall I will be speaking with one of Cornwall’s leading sporting figures. He’s led Truro City to the Sky Bet League 2, in the process making them the first ever professional football club in Cornwall. I’m glad to welcome Truro City manager Chris Griffin to our studios. Chris, welcome.

Glad to be here, Sophie.

How does it feel to be playing at such a high level, considering where you were just 4 years ago?

Absolutely amazing... when I began I had to work another job casually to support myself and now after plenty of hard work from everyone in the club we are a professional football club.

Was it difficult to make that transition from semi-pro to professional?

The change occurred around the time David Cardoza took over the club, with his experience from previously being in charge of Northampton Town he knew what was required for the transition to occur effectively.

It was a very clean change indeed, you managed to sign enough contracts and players to be competitive in the League 2. You’re certainly not setting the world alight, but you must be happy with your current position?

I think considering all the changes in the backroom and amongst the squad we are playing above expectation, I truly believe we will be capable of pushing for promotion in the not too distant future but right now if we avoid promotion we have had a successful season.

Some would scoff at the thought of you gaining promotion, but you’ve defied the odds for seasons now. What’s the secret to your success?

Before I took over, I told the previous owner Pete Masters that I was going to build the club using people from the area, so that local footballers would want to be involved. Bringing back club icon Stewart Yetton and hiring Matthew Etherington has allowed me to do this. I think with our youth system now up and running we will begin to see the effects of this approach.

It’s truly Cornwall’s club and it must be amazing to bring this success which we haven’t seen ever. What would be the crowning moment in your relatively short managerial career?

There have been plenty of great times over the past four years. Winning the FA Trophy was an amazing achievement and a complete shock but I would have to say winning the Skrill Premier after being predicted to finish 23rd was the biggest achievement of my career so far.

Did you ever think you would be anywhere near as successful as you have been?

When I took the job I did so knowing that promotion to the Skrill Premier was a possibility with the great talent the club had but to say I expected to have two trophies in the cabinet and to have turned Truro into a professional side was beyond my wildest dreams.

Who would you say has been your most valuable player or staff member along the way?

Stewart Yetton without doubt, he will be remembered by the Truro fans as long as the club exists. Before I accepted the job, I approached him about returning to club because I knew that to be successful we needed him to be at the club, for what he offers as not only a player but as a person.

I know this is somewhat of a cliche, but I need to ask you personally. Is Yetton going to be assistant manager?

Yetts is currently playing year to year, when he feels he is ready to retire we will discuss his future with the club.

What is your relationship with chairman David Cardoza?

I have an outstanding relationship with David, I really feel when he took over the club he went about things the right way. He immediately sat down with me and asked what I had planned for the club and after he informed me of what he wanted to do, we planned it all out together.

How did you end up in charge of a tiny club on the other side of the world?

I have family who live in Cornwall, so when I decided to move to England I came here looking to set up camp so to speak. Lucky enough, the Truro job became available and I never left.

Did you ever feel tempted to leave the club for greener pastures?

I have honestly never been approached, even if I was I wouldn't leave, Truro is now my home.

That’s very assuring to hear. Chris, thank you for your time, and we wish you the best for the rest of the season. We wouldn’t have dreamt of this kind of success in Cornwall until you came, we all believe that you can take the side even further. Good luck Chris!

No worries Sophie, it was my pleasure.
Login to Quote

You are reading "Truro City: All The Way From Lemon Quay".