Rotherham United have been promoted to the Championship after beating Leyton Orient on penalties in a thrilling battle of passion at the new Wembley.

Disaster struck for Rotherham in the first half as goals from Moses Odubajo and Dean Cox sent Orient into the second-half with a 2 goal lead, however 2 goals from Miller Centre-forward Alex Revell brought Rotherham back into the game and after 90 minutes the two sides were square and even after an extra 30 minutes they could not be seperated and the dreaded penalty shoot-out was called upon. Both teams scored their opening penalties, but Leyton Orient took the advantage in the second round after midfielder Lee Frecklington saw his penalty saved by Orient keeper Jamie Jones and John Lundstram hit the back of the net to put the London side ahead. The third round of penalties saw both sides scoring again, however in the fourth round, loanee defender James Tavernier smashed home his penalty and Rotherham keeper Adam Collin saved a Mathieu Baudry and put The Millers back into the shoot-out. Loanee midfielder Richie Smallwood smashed home his penalty to put all the pressure upon Leyton Orient striker Chris Dagnall, who crumbled under it and saw his shot saved by Adam Collin to send Rotherham, and their supporters, to the next level.

Manager Steve Evans prepares for life in the Championship:
"It's going to be tough, but then again I can say that about every league in England. There are a few faces that I would like to keep and I will work hard to keep them. I want to give these fans what they deserve. We will go into the next season as massive underdogs, but with the right preparation and a lot of luck I know we will do well after all it is the Championship, a league in which anyone can beat anyone. As long as the board back me well and I can make a good few additions to the squad then who knows, maybe we can be celebrating like this next season!"

Amongst many names the Millers fans are linking themselves with in their stature increase their is a recurring desire to add another year onto the loan of midfielder Richie Smallwood from fellow Championship team Middlesbrough, however Boro boss Aitor Karanka say's that he will need to think hard about loaning a good asset to a team in the same division. "I have a good balance here at Middlesbrough and for this I am very happy. If I need to keep Richie I will but my midfield is strong and there might not be a place for Richie. If this is the case then there may be another loan in-store for him. Whether it is at Rotherham or a different team I do not know yet"
Login to Quote

Bantams
8 years
As a Bradford fan it is hard to offer any words of kindness towards Steve Evans because I think he is a total ballbag. But on the other hand I don't mind Rotherham so best of luck in the Championship mate! I will follow 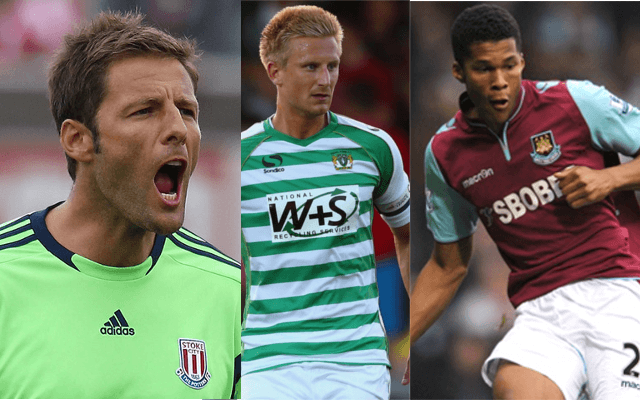 39 year-old goalkeeper Carlo Nash has joined on a year contract after he was let go by Norwich City. Millers fans are generally optimistic about the experience that Carlo brings, but have expressed concerns that the keeper hasn't played a full professional game since 2008.

Full-back Jordan Spence has joined on a 2 year contract after being released by West Ham. The 23 year-old has spent 3 years on loan in the Championship at Scunthorpe and Bristol City, however was released after manager Sam Allardyce realised he was never going to be in his plans.

Bryon Webster has also joined on a free after he was released from Yeovil Town following their relegation. Byron brings a lot of experience, as the 26 year-old has played in every divison of English football from the 7th tier apart from the Premier League. He has joined on a 2 year contract. 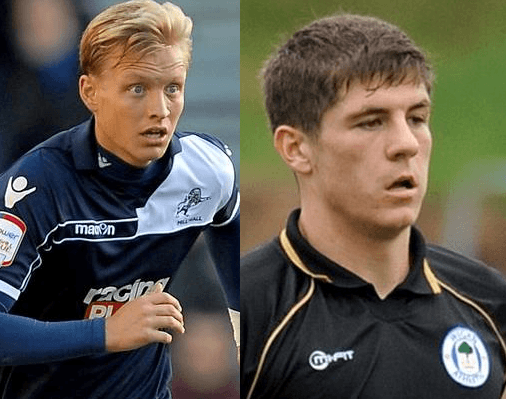 Josh Wright and Rob Kiernan have joined Rotherham on season long loans. The players from Millwall and Wigan respectively will be wanting to show their clubs what they can do whilst at the club.
Login to Quote

The 510 Series
8 years
I like all of your signings apart from Nash.

He's Norwich's Player of the Season, how can you not like him?

Jamesg237
8 years
I loved playing as Rotherham on my unemployment challenge on FM13! Great admirer of them. Good luck for the coming season.
Login to Quote

Quite a poor start to the season but in a way I expected it. I think it is really unfair to make a newly promoted side have to play against Middlesbrough and Reading. They are two games we were destined to lose, however with two late goals against Reading in the back of my head there was always belief we could snatch a draw but it wasn't to be. I got excited when we drew against Wednesday but the loss to Leeds stung me a bit. As I said the losses against Middlesbrough and Reading were expected, but I changed my tactics up a bit for the game at The John Smith's stadium and we took to it really well. Hopefully things will start looking brighter in the next few months.
Login to Quote

Feliks
8 years
unlucky mate, hopefully you can pick up form
Login to Quote

Rotherham United's Conor Newton has been awarded Championship Young Player of the Month Award for August.

Conor Newton is a new face at Rotherham, having joined from St Mirren last season, and has thouroughly claimed his first team spot in front of a few more experienced players. The 21 year old has started in all 5 of the Millers games this season and has hit the net 3 times with 2 assists. In Rotherhams latest game, a 4-2 win over Huddersfield, Conor scored twice and claimed Man of the Match.

Leaving Newcastle was a hard choice but after my loan spell with St Mirren I realised that staying at Newcastle would mean I wouldn't get as much first-team football, which is something I craved."

Steve Evans added: "I am happy with Conors form, of course I am, but as long as the team do well I really don't care who is the stand out performer. Hopefully Conor can keep playing how he is because if he does, I know he will be a vital player for us this season."

Conor Newton came through the Newcastle youth academy but after failing to break into the first-team he was sent out on loan to St Mirren where he played 16 games in the SPL, scoring twice. On coming back to Newcastle Conor was released by Newcastle and signed a 2 year contract with Rotherham.
Login to Quote

Zap
8 years
Bantams Big Steve Evans though and thanks

James I had a FIFA Career Mode with Rotherham that I enjoyed in League 2 with ALF up-front banging in the goals, as soon as they won the play-offs I wanted to do an FM save with them.

fzemdegs Hopefully I can channel the win in the last game against Huddersfield into some good results in September!
Login to Quote

This is tough, we are only 2 months and 9 games in but I can already see that this season is going to be one huge battle. I have belief in my team that if they play their best we can do this but sometimes even a spirited season can end in despair, hopefully lady luck is kind to us and form can improve. Conor Newton had another solid month, yet it was Michael O'Connor who was taking control of midfield this month.
Login to Quote

Feliks
8 years
the relegation zone looks daunting, but in reality you're a win away from rocketing up the table so keep your head up
Login to Quote 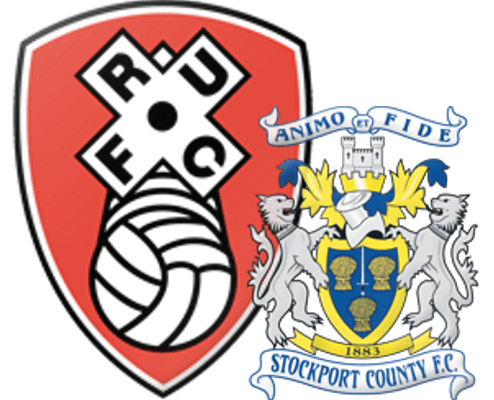 Rotherham United and Stockport County are pleased to announce a new link-up between the two clubs. This is a deal that will let Rotherham send players on loan to Stockport County. During the loan spell all of the player's wages will be payed by Rotherham. Stockport are under no obligation to play the player regularly, yet he may be recalled at any time by Rotherham. An annual will take place between the two clubs in which Stockport will host and keep all the gate receipts, yet Rotherham are under no obligation to field a full strength side.

At the link-up announcement, manager Steve Evans said "I am delighted by this link-up with a team that I think can start doing well again. Stockport have fell upon dark times recently and I want to help them. Our players can learn a lot by playing in the Skrill leagues and I can not wait to utilise this affiliation.
Login to Quote