Neal
8 years
Griffo: Just focus on your love of my stories, it will override your hatred for Suarez 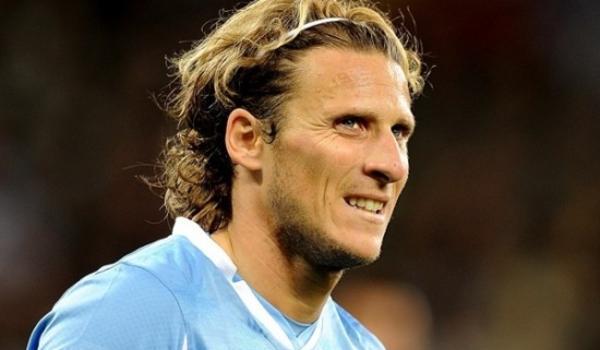 Dejected Diego: After not becoming the new manager, Forlan has called it quits for the Uruguay national team.

While Marcelo Bielsa was certainly a well thought-out, internationally experienced choice by the Uruguayan football federation, one man in particular is particularly incensed by his appointment; star striker and national legend Diego Forlan.

The living legend who won the 2010 World Cup Golden Ball was heavily tipped to be the new manager of Uruguay after Oscar Tabarez's resignation. The now Cerezo Osaka attacker has amassed a record 102 caps and scored an impressive 34 goals for La Celeste, but it seems that being snubbed for the coaching post has left Forlan angry; angry enough to retire from international football.

"I am severely disappointed with the choice of the Uruguayan federation in their new manager choice," he said in his statement to the press yesterday. "While Marcelo is in charge, I will not play for the national team. Until things change, I am officially retired from international football."

This will come a severe blow to Uruguay as a whole. Not only does the country lose their figurehead and vice-captain, Bielsa will now have his work cut out to capture the respect of the players now that one of their leaders has revolted. Along with this, despite his age, Forlan is still a very capable striker and will be a missed goalscorer. (Not that Uruguay is lacking in that category with Suarez and Cavani!)

Bielsa hit back quickly at the ex-Atletico Madrid striker, saying, "If he wants to get angry over a job he had no experience with which to get, so be it. If he wants to miss out on being part of the great project I have here at Uruguay, so be it. I want players who are 100% committed to the cause, and evidently Diego is not."

We will see just how united La Celeste are when they take on Egypt in two weeks' time as Bielsa prepares to choose his first 23 man squad, and one of Uruguay's first squad's with Diego Forlan in a long, long time.

Griffo
8 years
Plenty of talent available at your disposal that can replace Forlan, just be careful if you wind up facing Costa Rica... I feel that they might trouble you!
Login to Quote

lol jk, Diego being a sook?
Login to Quote

Neal
8 years
Griffo: Don't worry, I think we can handle them

Walter: Diego's more of a sock than a sook tbh

Josh_MU: Being a jealous prick is what he's doing! 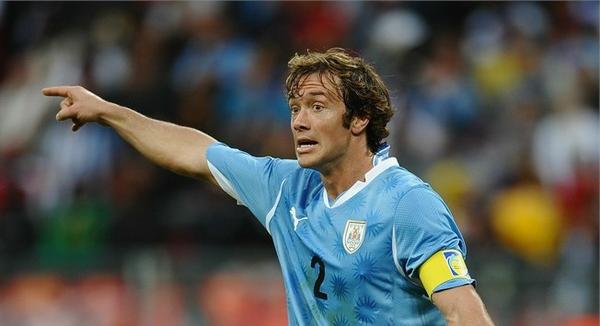 Yesterday, Marcelo Bielsa announced his first 23 man Uruguay squad to take on Egypt in 7 days time, August 14th in Borg El-Arab Stadium, Alexandria. Perhaps surprisingly for a manager as enigmatic as El Loco, the team is generally a well-known one, avoiding any real surprise picks whatsoever.

The experienced Argentinian did have a few difficulties in selection when two important members of the squad were ruled out with injury; Espanyol striker Christian Stuani missed out with strained knee ligaments while Tigres midfielder Arevalo Rios could not play with a sprained ankle.

Even two of the actual squad may not be fit in time to take on the Egyptians. Palermo striker Abel Hernandez is racing against the clock to recover from a calf strain to be match-ready in time, while Martin Cacares will likely play with a mask after breaking his nose in training with Juventus.

All the news surrounding the Uruguay camp is not negative, however. Captain Diego Lugano has retained the armband under Bielsa, and has been very outspoken in his support for the outspoken tactician and the football philosophies he's brought to the table.

After vice-captain Diego Forlan's international retirement, Bielsa promoted another striker to the role; controversial Liverpool hit man Luis Suarez. The 26 year old has already amassed 76 caps and is the nation's all-time leading goalscorer with 39, and will now take on a greater leadership role.

20 year old striker Nicolas Lopez, currently plying his trade for Udinese, is also included in the squad, and may be in line to make his first ever first team cap, having scored 10 goals in 16 U21 caps. The full squad is as follows:

Josh_MU
8 years
Got yourself a very good squad there! :-).
Login to Quote

InvertedWingbacks
8 years
Nice squad! interesting to see how they play together!
Login to Quote

NVDTahir
8 years
Make sure you have a plentiful supply of raw human flesh for a certain someone in case they get hungry...
Login to Quote

Neal
8 years
Josh_MU: Yes, hopefully they can start things off with a win against Egypt

TodayAtTomorrow: Hopefully the garra charrua (fighting spirit) of Uruguay will bleed through! 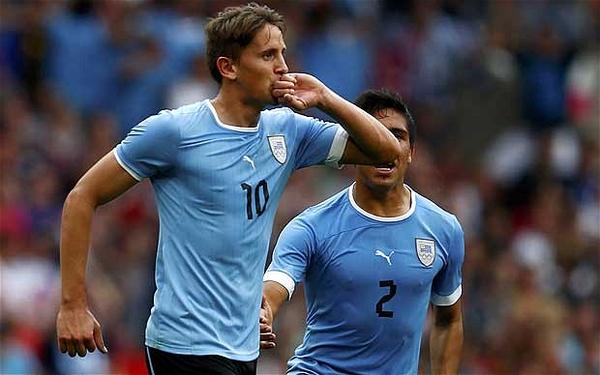 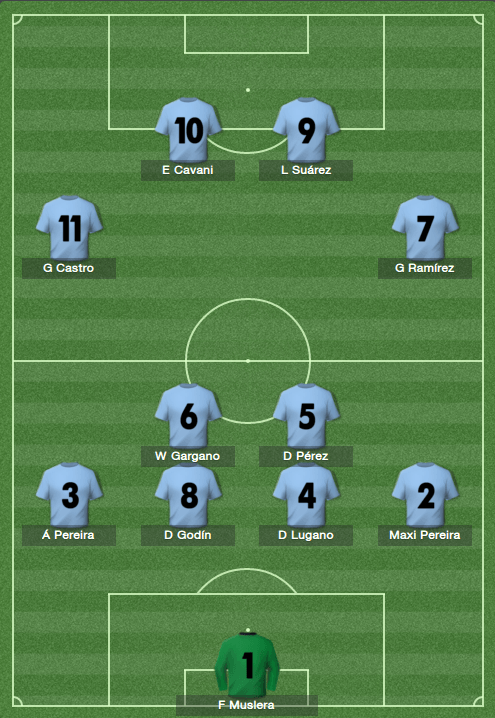 After Oscar Tabarez's shock resignation, Uruguayan national football has been in a sort of turmoil; an Argentinian coach, Marcelo Bielsa, had been hired, and national hero Diego Forlan had called it quits from the international stage due to being overlooked for the job. Now, though, 'El Loco' can finally let football do the talking as his side took on Egypt in Alexandria.

Fans of La Celeste didn't take long to find offense with Bielsa, starting with his lineup. Quite a few people were surprised to see Martin Cacares start on the bench behind Diego Lugano and Diego Godin while Gonzalo Castro just about pipped Cristian Rodriguez to a start on the left wing. The deadly duo of Cavani and Suarez did start, however, and fans were eager to see how the famed tactician would get the best out of both strikers.

Things started very brightly for the Uruguayans. Gaston Ramirez scored his first ever Uruguay goal in his 20th cap with a stunning volley from the top of the box, finishing off a quick counterattack and cross from opposite winger Castro in the 15th minute. Just five minutes later, Luis Suarez doubled the advantage with a wonderful free kick bent over the wall and in off of the post.

On the stroke of halftime, though, Uruguay's defensive frailties from crosses began to show. Amr Zaki was left unmarked on a corner kick, and Hosny's delivery was inch perfect for the 30 year old striker to head home.

During the interval, Bielsa made a host of changes, including the introduction of 20 year old Udinese striker Nicolas Lopez. The youngster, making his international debut, had a major impact in the 65th minute when he forced Mohammed Kamal into an acrobatic save and won a corner for his team. Cristian Rodriguez, another substitute, picked out Gaston Ramirez at the back post with the ensuing cross, and the Southampton man got his second goal of the game and the second international goal of his career.

With just ten minutes to go, Egypt fought back. Shikabala thundered down the left, leaving Maxi Pereira in the dust and delivering a delightful ball to the back post for Hassan to tap in. Another cross and another goal conceded for Uruguay. Bielsa rallied his men, however, and La Celeste comfortably kept possession and saw out the game to a 3-2 win in El Loco's Uruguay debut.

"It was a good first game for me," Bielsa told reporters after the match. "Obviously there are one or two things we need to work on, but our attacking game looks promising. This team can only go up."

Feliks
8 years
good win and start to your career mate!
Login to Quote

Josh_MU
8 years
Wow that looked a much closer game than it did on paper, nevertheless, you won and what a game for Gaston Ramirez :o
Login to Quote

Jer
8 years
WHY NOT CEBOLLA RODRIGUEZ? Btw, it's El Captian, not el Capitano, there is no such word as Capitano.
Login to Quote