pompeyblue
8 years
Good luck Neal, managing 4 stories at once is a tough task but I'm sure your capable of doing it, and doing it excellently at that

TVDLC123: 4 stories is nothing, and sadly I can't steal all the spots anymore due to the new rules

Arvind: I think we all know that Suarez > Cavani

pompeyblue: Thanks bud, hopefully I can repay your faith with a quality story

Also it could be Bielsa you never know...
Login to Quote

Nathaniel
8 years
The new manager should be Landon Donovan...
Login to Quote

Jer
8 years
I know who it is, trolololol
Login to Quote

Pauker: You think you do 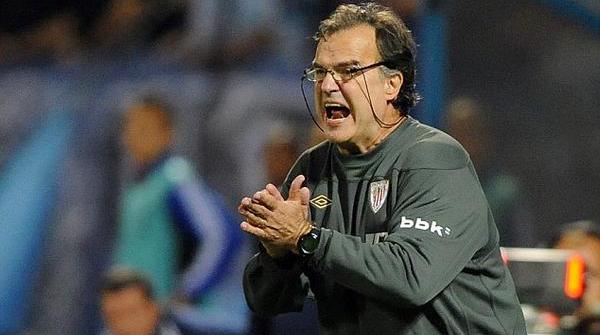 Bielsa has had a rich history in the managerial field, coaching teams as big as Athletic Bilbao in Europe as well as finding decent success with the likes of Argentina and especially Chile. Fans of La Celeste will be hoping that a tactician with such international pedigree and experience can lead their team to glory next summer in the World Cup.

At his unveiling earlier today, Bielsa told the press, "There is a very good team at my disposal here, and we cannot wait for the World Cup this summer. The weight of a nation's expectations is on my shoulders, and I will not back down."

However, they don't call the Argentinian boss "El Loco" for nothing. Known for his ridiculously high work-rate tactics, enigmatic strategies to put opposition off guard, and yelling at construction workers, Bielsa may just add the bit of spice that Uruguay need to upset the odds in Brazil.

The new boss's first test will be a friendly match against Egypt in Alexandria on August 14th before delving into the final four World Cup Qualifying matches in the South American section. La Celeste are already qualified, but Bielsa will want to have his players in great form going into the World Cup.

Uruguayan fans have responded very positively to the new appointment. Though fan-favorite Diego Forlan looked set to land the job, this more experienced option seems to have pleased the South American nation. Bielsa has said he will keep the job until the end of the World Cup and evaluate his position again afterwards.

Walter: It's going to a great World Cup, I can just feel it! 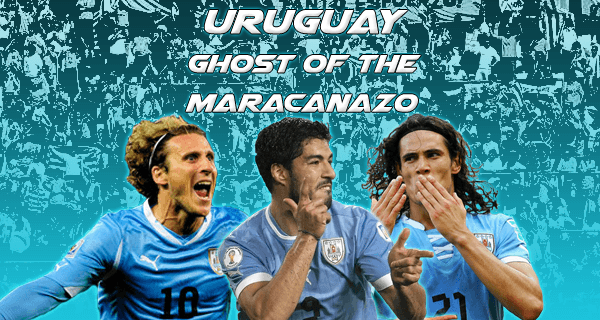 Neal
8 years
Justice: Thanks Niko, that graphic is awesome

pompeyblue: Just like the 1950 World Cup, it's in Brazil and Uruguay are hungry to win the cup

Griffo
8 years
I hope my hatred for Suarez does not get in the way of me enjoying this Neal haha! Good luck!
Login to Quote