Justice
7 years
I'm pretty sure that you can tell from all the feedback for just your opening post that you are a truly loved writer here amongst the FM Scout story readers and my opinion does not sway from the norm! I'm looking forward to this as I know that I can expect nothing but the best from one of FM Scout's best writers, good luck!

2014-07-07 19:01#183313 Justice : I'm pretty sure that you can tell from all the feedback for just your opening post that you are a truly loved writer here amongst the FM Scout story readers and my opinion does not sway from the norm! I'm looking forward to this as I know that I can expect nothing but the best from one of FM Scout's best writers, good luck!

Thanks a ton Justice, really pleasing to hear such a nice and positive comment!
Login to Quote

All change at Stade de Gerland 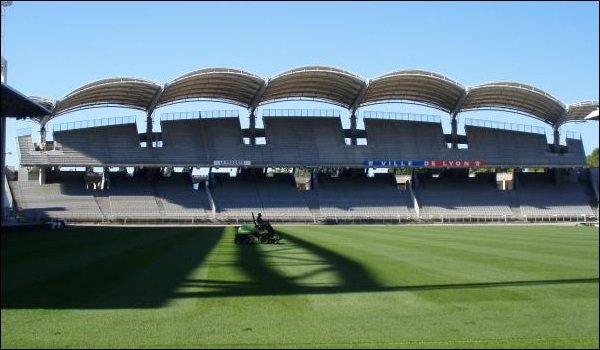 It has been a busy week at Stade de Gerland, with Remi Garde letting his contract run down at the club and thus stepping down from his position as Olympique Lyonnais manager. However, a replacement has been brought in to take control of the previously vacant role.

Former manager Garde took charge of the club as manager, in 2011, having played for Lyon in a six year spell as a player as well as having numerous backroom roles after his retirement from playing. The Frenchman led Olympique Lyonnais to one Coupe de France trophy as well as the Trophée des champions, during his tenure but after the 2013/14 campaign has decided to step down from his role.

The 2013/14 season promised so much at the beginning too with the club set to compete in the UEFA Champions League. Lyon began with victory over Grasshoppers Zurich in the third qualifying round of the Champions League, all very positive, however were eventually dismantled 4-0 on aggregate in the play off round by a vastly superior Real Sociedad side and thus missed out on a place in the group stage.

It was a tough domestic season too, with the club having to rely on youth, but they did a good job in reaching the Coupe de France final even if their final league finish of 5th could have been better. They did face disappointment in the cup final losing to Paris Saint Germain despite a good performance. For some though the loss further signified the change in fortunes over the past few years for Lyon, once best in France, now they were slipping away from the top even more.

Garde subsequently announced his decision to not renew his deal at the club which was due to expire in the summer, saying that personally he needed a break from football. With Garde’s departure, it was expected that another Frenchman would fill his place, in the form of Hubert Forunier. In fact, Lyon had made the approach with the 45 year old looking set to sign on before a sudden U-turn saw him walk away from the offer. 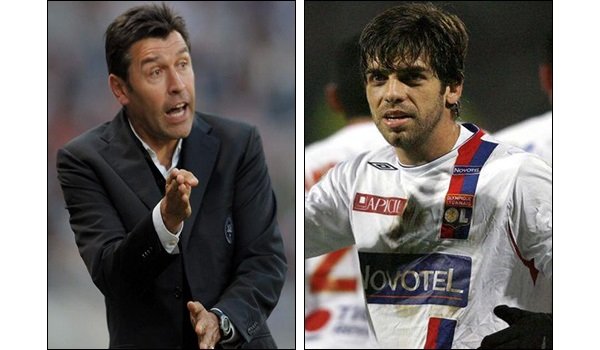 Hubert Forunier (left) looked set to take over as the new Olympique Lyonnais boss before walking away from the approach, last minute, with ex Lyon star Juninho (right) taking over instead.

Again though the board of directors have acted swiftly in making the move for another man to lead the club forward, and this time their approach has been accepted with club legend Juninho appointed as the new boss. Full name of Antônio Augusto Ribeiro Reis, the iconic Brazilian retired from playing professional in February 2014 concluding his career Vasco da Gama. At Olympique Lyonnais he enjoyed the best time of his career, playing a significant role in helping the club to seven consecutive Ligue 1 titles before leaving in 2009. He scored 100 goals in 350 games, and since his retirement had been taking his coaching badges.

Now, his beloved Lyon have taken the gamble on him with the club throwing a 1 year deal his way, for the renowned free kick takers first ever managerial position. Although the squad he has inherited features some very talented players such as Clement Grenier, Alekandre Lacazatte and Samuel Umtiit, there are questions over these players’ futures and his first task will be to clear the rumours up and move on to any potential transfer business. One transfer he will definitely have to look into is the addition of a new striker, with previous talisman Bafétimbi Gomis having left the club this summer on a free transfer to English Premier League side Swansea City.

There is no doubt these questions and plenty more will be asked in Juninho’s first press conference which is scheduled to be held tomorrow morning. Is this the start of something special or are Olympique Lyonnais destined to head on a downwards spiral even further away from the Ligue 1 title returning, and any glory at all?

pokarioboy
7 years
Another amazing update! Goodluck with the rest!
Login to Quote

pompeyblue
7 years
Josh: Thank you very much, you flatter me too much!

Juninho: ‘The start of a new era’ 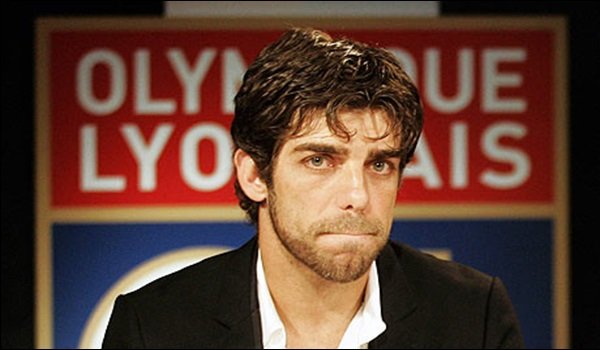 Recently hired Olympique Lyonnais manager Juninho claimed that his appointment is ‘the start of a new era’ at the club, during his first press conference today.

Following the departure of former manager Remi Garde who decided to not renew his contract at the club so that he could take a break from football, iconic former Lyon favourite Juninho has taken the helms as the boss at the Stade de Gerland. It is his first ever managerial position and with the future of many star players up in the air, he faces a tough task to turn things around at a club that was the best in France just 5 years ago.

Since then, it has failed to keep up with the big boys in the league falling behind the likes of rivals Olympique Marseille, Montpellier and more recently Paris Saint Germain as well as AS Monaco. Incoming manager Juninho will also have to deal with the departure of previous talisman striker Bafétimbi Gomis, with the striker having left the club this summer on a free transfer to English Premier League side Swansea City.

A fresh approach is needed, as well as a turnaround at the club and despite his lack of experience which has already been mentioned the Lyon board have given Juninho the opportunity to do so, despite originally having targeted Hubert Fournier who turned the club down in the last minute of contract talks. Juninho himself also has confidence that he is the right man to lead the club forwards in the future, speaking at his first press conference today.

”I believe I am the perfect man for the club, and can lead Lyon on to success. I may be young and inexperienced in terms of management but I believe my vastly experienced playing career certainly makes up for it. I have plenty of history winning Ligue 1 as a player and have confidence in my man management abilities to pass on this knowledge to the players in the squad. They are all talented no doubt about it, but they don’t have the right mentality yet in my opinion. I know I will be able to turn things around however and get this club back on track, and back lifting titles once more.”

The 38 year old continued to say that the start of his tenure at Olympique Lyon is ‘the start of a new era’ for the club. ”I am ready to spearhead a new project at the club. A mission to succeed and bring titles rolling back. This is a new era for Olympique Lyonnais. An era of trophies, an era of domination. I can’t wait to get underway, it’s going to be one hell of a ride!”

Although Juninho spoke openly about his plans for the future of the club, he was much more secretive regarding incoming players. ”I am not interested in talking of transfers to the media, well not specific players at least. What I can tell you is that we are already looking at a number of options, and of course you will find out about anything when it happens.”

The new man certainly said all the right words off the pitch, but on the pitch it remains to be seen as to whether he will be able to translate this into his team being successful. We will get a hint of things to come in the pre-season friendlies, and his transfer dealings should be intriguing, but when the competitive action gets underway is when it is really going to exciting and we will really be able to tell if this is a new era for Lyon.

Josh_MU
7 years
Another exceptional update! Good luck for the season ahead Josh.

pompeyblue
7 years
ASR-PSV: Thank you very much, glad you seem to be liking it already!

Aaron
7 years
Really hope you do good things with Lyon, an such an interesting team! Good luck, and nicely laid out updates!
Login to Quote

Thanks for the support Aaron