Tallery
7 years
What a signing, well done!
Login to Quote

pompeyblue
7 years
Aaron and Tallery: Cheers guys, can't believe the amazing support I have had just over an update on one signing! Can't thank everyone enough

Another man makes move to OL. 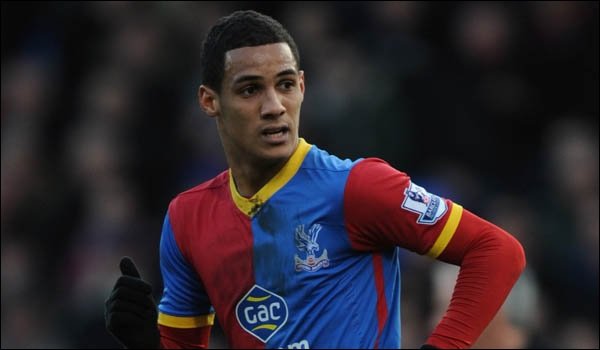 Following on from the signing of goalkeeper Guillermo Ochoa to Olympique Lyonnais, another man in the form of English winger Tom Ince, has joined the Ligue 1 outfit.

Ince, 21 years old, is another addition on a free transfer after the expiration of his contract at Blackpool. Plenty of teams had taken an interest in him, and he had even had talks with his father’s former club Inter Milan, as well as Hull City. In fact, he has been linked with a number of teams over the course of last season too with Swansea in particular showing admiration for the former Liverpool youngster.

However, he eventually joined Crystal Palace on loan in January until the end of the season, fulfilling an ambition to play in the Premier League. He was definitely worthy of a place in a Premier League side, after enjoying a marvellous 2012/13 campaign with The Seasiders in the Championship. He scored 18 league goals and starred throughout but in the end could only help his side achieve a 15th place finish.

His opportunities at Crystal Palace proved to be limited though, with the form of Yannick Bolasie and Jason Puncheon keeping him out of the side, restricting him to 8 appearances in which he scored a single goal.

With many sides wanting him to sign for their respective club, Ince would have had a tough decision to make however he has decided to leave English football in favour of a move to France and Juninho’s Olympique Lyonnais. With the likes of Jimmy Briand, Rachid Ghezzal and Gael Danic on the books already in Ince’s department, his arrival will certainly bolster that area and add some quality to the position too.

Manager Juninho, who was only recently appointed and with the signing of Ince completes his second move as the new boss of Les Gones told the press that he was happy that he managed to get his man considering many other clubs were in for him. ”With a lot of other teams going in for Tom, I am very happy that he has decided to join us at Olympique Lyonnais. He is young, very talented but is not even the finished product yet so can continue to develop and become even better as he plays for us. I am looking forward to watch him light up the league next season, as I believe he has the ability to do so.”

As for the player himself, Ince was brief in his comments on the move to France but nonetheless was still happy to be at a new club. ”It’s a great new challenge for myself, in a new country, and in a new league. We have a new manager, a hero at Lyon and the future is bright so naturally I am happy to be part of it and am hoping I can do my part in taking this club back to the top.”

Again Juninho’s limited budget has forced him into the free transfer market, but again he has picked up a bargain with the signature of highly rated Tom Ince. According to rumours, the new boss has targeted defence especially a central defender and attack as his positions still in need of a new face.

Josh_MU
7 years
What a great signing! :o
Login to Quote

Zed
7 years • Edited
2 great signings so far! And after 7 updates, if I'm not mistaken, you've already got 5 pages of replies

Feliks
7 years
Ince is a legend, good job getting him!
Login to Quote

pompeyblue
7 years
Josh: Thank you, I am pleased to have got him.

ASR-PSV: Haha, as I have said the support on this story so far has been incredible! Thanks for the comment man

captainbrickarms
7 years
Tom ince is a beast!
Login to Quote

Let's hope he is for me!
Login to Quote

Nonesuch
7 years
Just caught up with your story. I quite like it so far! I'm an admirer of Lyon, so, glad to see you've signed one of my favorite goalkeeper as well.
Login to Quote

Thanks man, and welcome to the site 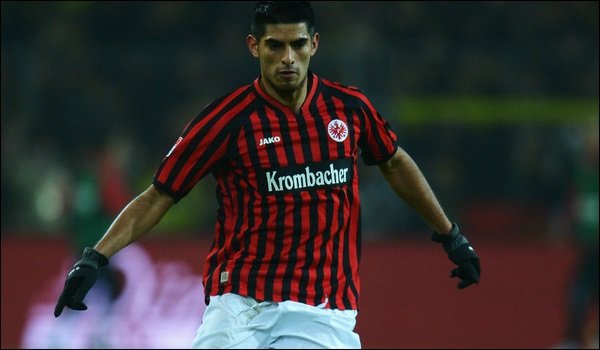 Carlos Zambrano has been confirmed as an official Olympique Lyonnais player after the defender completed a £3.7m switch from Eintracht Frankfurt to the French outfit.

Central defender Zambrano is of Peruvian nationality and becomes new Lyon manager Juninho’, third signing of the summer. He is however, the first addition to be signed for a fee with Guillermo Ochoa and Tom Ince previously joining the club on free transfers.

The 24 year old has made the move from the German Bundesliga, more specifically Eintracht Frankfurt, a club where he has continued to further his ability which was already strongly recognized by many. In fact, comparisons have been drawn regarding Zambrano and the Brazilian defender Lucio, due to his style of play and in general very impressive defensive talents.

He only signed for Frankfurt in 2012, for a bargain £925k, and went on to be a successful signing. He made 51 appearances in two season, however failed to score a goal. His departure from the club has represented the third time he has switched teams in his professional playing career, having moved from Schalke to St. Pauli in 2010 before moving on to Frankfurt as already mentioned and now to Olympique Lyonnais.

During his time at Die Konigsblauen, Zambrano progressed through the youth ranks and was even captain before making 16 appearances for the senior side. At St. Pauli he went onto make 30 appearances during two loan spell and signed permanently for the club to, a fee of just £600k enough to secure his signature. However, his permanent move didn’t last long as he moved onto Frankfurt which was where he really made a name for himself.

He has been a long term target for Barclays Premier League side Liverpool, however it is Olympique Lyonnais who have won the race for a man who has represented his country, Peru, on 25 occasions. Juninho spoke to the media about the new face at Stade de Gerland, insisting that Zambrano will add a lot of quality to the central defensive role. ”He’s a real talent, and will add a lot of quality to the central defensive role. I had targeted that area, as one which needed strengthening so to get in Carlos is very pleasing indeed. As you may know, we don’t have huge financial resources at all so to pick up the lad for a little price as we did, is a very good piece of business in my opinion. He’s strong, reasonably quick and all round is a good defender who is still only 24. I’m sure the fans, will be happy with the signing once they have seen him play.”

Zambrano told reporters that he was gracious of the opportunity offered to him after completing his move to France but was also thankful to his former club for aiding his development as a player. ”Olympique Lyonnais is a club I have always admired, and Juninho was a player I loved too, so I am gracious of the opportunity offered to me here at this wonderfully supported club. I enjoyed my time in Frankfurt of course, and I have to thank them in aiding my development as a player but now I am in a new country and am naturally excited to be able to put on the Lyon shirt.”

Juninho is still determined to sell any deadwood of his squad in order to fund a final move into the transfer market, with the signing of a striker his top priority. However, it seems as if little interest has been shown in the unwanted players and the board are also unwilling to invest any more money, casting doubt into any future additions.

Tallery
7 years
Some great signings, with those and the current Lyon squad, the future is bright!
Login to Quote

Josh_MU
7 years
Another great signing! And write-up!
Login to Quote