pompeyblue
6 years
Zed: I'm on holiday atm, will be back updating soon 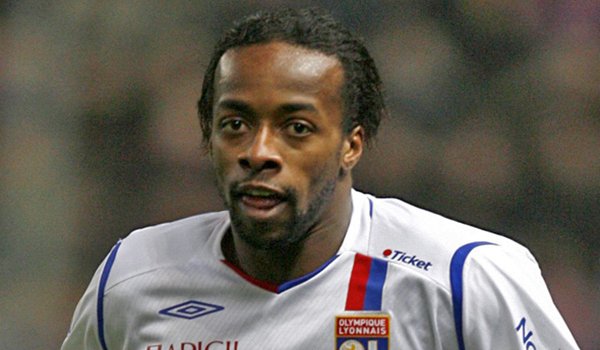 MDA Chasselay winger Sidney Govou has claimed that his former side Olympique Lyonnais have the strength in their squad to win Ligue 1 this season.

He bagged 49 goals in near 300 appearances, 292 to be precise, but was widely appreciated by Les Gones supporters for his incredible stamina and technique. He later went on to play for Panathinaikos, Evian, had a short spell back at the club with the reserves and now plies his trade in the lower leagues of his home country.

After a number of disappointing years at OL, the club has been revitalised this season under the guidance of Govou’s old teammate and an even bigger fan favourite, Juninho. The Brazilian took charge of the Ligue 1 outfit at the start of the season in his first ever managerial position, with the appointment proving to be a gamble that has paid off, so far.

In the current league standings, Lyon trail league leaders Paris Saint Germain by just three points with two games in hand, clearly putting them with the advantage. Following the January arrivals of Ashley Cole and Emmanuel Riviere, the squad has been boosted too and now Govou belives that the club will come out triumphant in the race for the title, by the time this campaign concludes.

He said; ”They are playing some fantastic football under Juni, and have a very strong squad, which I believe will win the league. As I say, they are putting in strong attacking displays, which obviously causes opposing teams many problems. Confidence is with them, and it’s great to see them even challenging for the title again, after the lacklustre performances in recent seasons.”

Govou took nothing away from fellow title rivals however, and knows there are other teams in the league, who have some very talented players too. The 34 year old stated; ”Paris Saint Germain have come along massively and have a star studded lineup, so I am by no means saying it will be easy for Lyon. On his day Ibrahimovic can single-handedly win your team points, and there are other sides who feature talented players, so Lyon should still be wary of teams around them.”


What do you make of Govou’s comments, will his former teammate Juninho be able to lead Lyon to the league title? 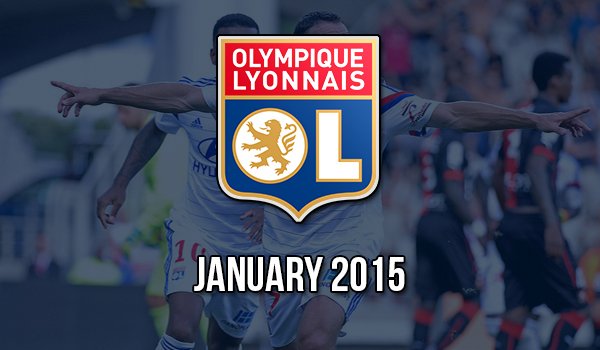 A new year of course brings about a new month of football, and certainly a new set of challenges to undertake. While many will be focusing on how to undertake New Year resolutions, we were instead preparing for another tricky set of fixtures in January. While cup games were much involved, there were still three games in the league against Racing Club de Lens, OGC Nice and Stade Malherbe Caen ahead of ourselves.

The first game of 2015 saw Olympique Lyonnais travel away for an encounter with Ligue 2 side AC Arles-Avignon, in the French Cup 9th round. Lyon were obviously clear favourites to progress, and when Clement Grenier fired them into the lead with just 3 minutes played, it looked as if the game would be a stroll. That was until the match was dramatically turned on its head to the shock of everyone, as the hosts hit to quick-fire goals and suddenly they were in front. The action continued in the first half, with Maurice Dale and Hugo Rodriguez both scoring comedic own goals to ruin the lower league team’s effort’s, and eventually cause them to slip out of the competition after no response in the second period.

After so nearly and embarrassingly exiting the French Cup, Les Gones turned their attention to the league with a home clash against Racing Club de Lens on the agenda. In a dominant display, they swept away Lens from the offset, causing all sorts of problems for the defenders. Alexandre Lacazette was one man who they had no chance in holding off, and 20 minutes into play Lacazette had already hit a brace. One a sweetly struck volley, one a finely taken header, the French forward was quick to show off his wide range of goalscoring abilities. In the second half, Lyon sat back more and were intent on keeping possession, yet still added a third goal courtesy of Clement Grenier. There was still time for the visitors to pull a goal back themselves put it did nothing to prevent Juninho’s men walking away with three points.

L’OL were up for the cup again next, with a massive game against Paris Saint Germain, Coupe de la Ligue Quarter Final. Having already lost in the league to Laurent Blanc’s men, revenge was what all Lyon supporters were aiming for, but were silenced inside 1 minute of the game. Zlatan Ibrahimovic rifled PSG into the lead and from then on, it was always going to be tough. Matters got worse on the stroke of half time as Edison Cavani doubled the advantage with an instinctive finish and although Yassine Benzia was on hand in the second half to reduce the deficit, Lyon were knocked out with virtually a whimper.

Although knocked out of the Coupe de la Ligue, Lyon were still fighting on in the French Cup and faced FC Nantes in the 10th round of the competition. On his debut for the club, Emmanuel Riviere hammered home the opener from distance, not a bad way to introduce himself to the Les Gones fans. Nantes were quick to respond however, scoring a wonder goal of their own on the half hour mark. The second half saw Samuel Umtiti put OL in front once again, and just as before the lead didn’t last long with Nantes levelling things up 20 minutes from time. There could be no separation between the two teams come the end of 90 minutes, and even 30 minutes of extra time couldn’t separate them either, meaning penalties would be required. Yes, it was Lyon who came out on top in the shootout, seeing themselves into the next round of the cup.

After cup action had taken centre stage, it was back to Ligue 1, with Lyon playing OGC Nice in the next match. A game in which Juninho’s men controlled, could have had a much larger scoreline but for a top display by the Nice’s Colombian goalkeeper. Jimmy Briand managed to tap in from Lacazette’s parried blast in the second half, but that was all that got past a determined David Ospina between the sticks for Le Gym. Despite all of Ospina’s saves, it wouldn’t mean anything with Lyon still picking up the points, and piling more misery upon the team placed as low as 19th in the current league table.

In the final game of the month, Lyon prepared to take on Stade Malherbe Caen away from home, in the league. Alexandre Lacazette hit top form again grabbing two goals, with the home side helpless when it came to trying to contain him. Clement Grenier extended the lead with a well-placed shot in the second half, and Yoann Gourcuff did likewise later on. It was undoubtedly one of Les Gones’ easiest fixtures of the season, with their hosts not even able to muster a single shot on target let alone deal with the vast array of attacking talent featuring within Juninho’s starting eleven. It was as if the win was a gift given to Lyon, which they didn’t hesitate in the slightest, to take. 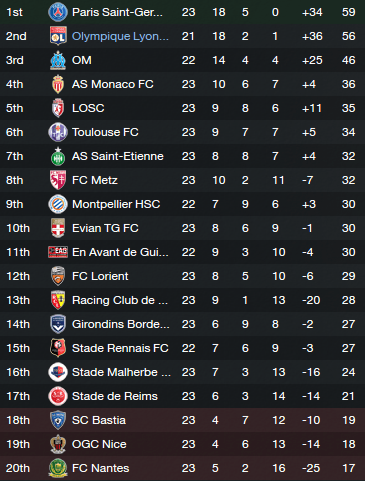 So, Paris Saint Germain have kept up their unbeaten record and still have no losses to their name in Ligue 1, however we have kept up the pressure too with a 100% league record over the month. We still have the upper hand over our title rivals, despite being in 2nd place, due to having two games in hand and trailing by just two points. 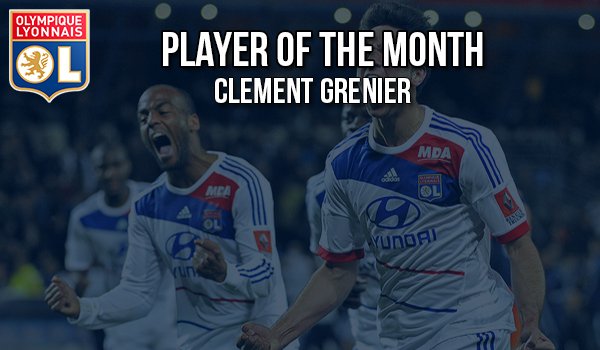 With the month done and dusted, the award for Player of the Month is now to be handed out and the man chosen for the award in January is Clement Grenier. The French attacking midfielder has put in a string of strong displays for Lyon recently, with his playmaking abilities creating plenty of opportunities for team mates and earning him his fair share of assists too. Not only that, but he has been noted for his finishing this month, as he scored three goals in 6 games to add another aspect to his game. 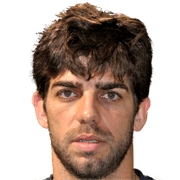 ”Putting behind us the loss to PSG, I have got to be delighted with the results my lads have achieved this month. We could have done a lot more against Paris Saint Germain in the cup, I know that and my players know that, but our league performances have been very pleasing as was progressing in the French Cup. Our 100% league record during January is clear cut evidence that we are taking the league by storm at the moment, and any doubters have been proved very, very wrong. This team has something special about it.”

A difficult month lies ahead of Olympique Lyonnais, with big games against rivals AS Saint-Ettiene and Olympique Marseille undoubtedly going to prove pivotal in the league season. Europa League action resumes too, with a tricky tie against Tottenham Hotspur having to be overcome, if Juninho’s side are to progress further in the tournament.

Coxy
6 years
I agree with Govou, Juninho will bring the title back! You scraped past Nantes but a win is a win, and those two games in hand are vital but it's great work mate! Can't wait to see if you overtake PSG!
Login to Quote

pompeyblue
6 years
Coxy: Great to hear buddy, should be interesting, that's for sure!