It is in fact derived from 'gate'

but that isn't the answer

edu1878
7 years • Edited
Would it be by any chance because of Herbert Zimmerman's commentary during the miracle of Bern?
Login to Quote

Negative. It in fact came a while before that - about 50 years.
Login to Quote

Feliks
7 years
it had something to do with that the Germans wanted to use their own language for football terms I think. I got nothing else but that.
Login to Quote


Before we go onto the next question, we must answer Day 3's which went unanswered for that day, unfortunately. The answer was that these words were in fact invented later, in 1902, whilst football had been played for much longer. They were invented partly to counter claims that football was not Germanic and so no Germans should play. 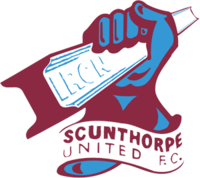 Now onto today's question. Often, clubs will announce a shocking transfer "coup" - where a little club signs someone too good for them. But in 1980, Scunthorpe United took this up a notch by signing an England international since 1977 who, in 1981 became a British sporting hero. But who was this man?
Login to Quote

Aaron, you were the first to say it and it is your first guess so it was indeed Sir Ian Botham who was the signing. He would also play for Yeovil Town later in his career. Next time though, don't tell everyone on chat your correct answer

Aaron, you were the first to say it and it is your first guess so it was indeed Sir Ian Botham who was the signing. He would also play for Yeovil Town later in his career. Next time though, don't tell everyone on chat your correct answer

He wouldn't if he actually knew it was the right answer, he was just mucking about XD
Login to Quote 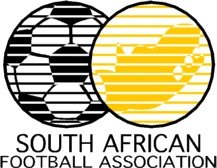 It was once a common racial prejudice that it would be a bad idea to play a black player in defence as white players were better at the back, but whilst that may have been disregarded in Europe eventually, it was still true in South Africa, as black players would be coached separately due to Apartheid and learnt to play crowd pleasing, stylish football focused around tricks. But what was this popular style of play nicknamed?
Login to Quote

That is Zulu for "Go boys, go boys!" Which is the national sides nickname but not the right answer