Louis O.
6 years
Both wrong. But to be honest it would be impossible to guess this, you really have to know it.
Login to Quote

edu1878
6 years
Does it have anything to do with Jomo Sono?
Login to Quote


Again we have ended a day where the Challenge has not been completed. This is the second time this week, so here's the answer. The style is known as "Piano & Shoeshine" and is defined by FourFourTwo as "a heavily skills-orientated method evolved, focused as much on performing tricks and embarrassing an opponent as creating chances or scoring goals." 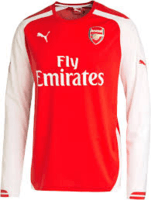 Arsenal are famed as much for their elaborate white sleeve design on their shirts as they are for their famous players or successful history. But when was the white design initially used? And you must also name one of the two people who helped create the design to win this round.
Login to Quote

He was the one who actually brought it to the club, but not the person who came up with it at first. This also is the wrong year.
Login to Quote

He was the one who actually brought it to the club, but not the person who came up with it at first. This also is the wrong year.

I was just going off of what the Arsenal website said.


edit: yet another page on the site says 1925, and do you mean where he got the idea, cause it says either playing golf with Tom Webster or some random dude in the crowd wearing a white shirt under a red vesty thing.
Login to Quote


Our first week is completed and today is the day the winner is drawn and gets the prize! Unfortunately, only 3 of our questions were successfully answered.

Now, we must see the correct answer for Day 6 and then pick a winner!

There is indeed multiple sources and one of which says that Herbert Chapman saw red pullover on a white shirt in the crowd, but it is more commonly thought that Chelsea's chairman Claude Kirby saw Tom Webster wearing a white shirt with a blue pullover and wanted Chelsea to use the design, but the manager disagreed. Then, a while later, Webster mentioned it to Chapman and drew it out, and Chapman ordered white shirts with red jumpers and white shorts that would become known as the "3 piece suit" until the shirt became simply red with white sleeves - though the sleeves were taken off whilst washing to prevent the red running. Seriously.


So now is the draw for the winnner! 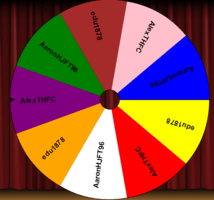 Here they are on the spinner...

And now it's being spun! 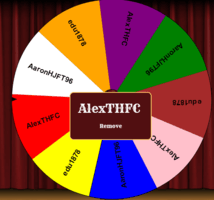 It's landed on AlexTHFC!

Alex is this week's winner and gets the prize of an update written for his story. Crongraduratrions!
Login to Quote 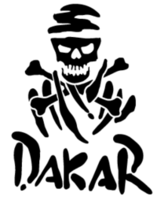 We are now into our second week of the Football Challenge! Another popular sport alongside football is motor racing, so here's the question. What former footballer competed in the motorsport endurance event 24 Heures du Mans? And what top level manager wishes to end his career early to compete in the Dakar Rally?
Login to Quote

It seems Alex was 5 minutes late so for the first time in his life Tanay has done something successfully! Well done.
Login to Quote 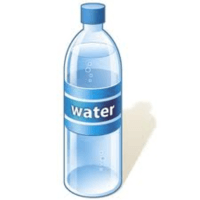 Week 2 and day 2 of the football challenge and we have a new question. The Hungarian Ferenc Puskás is one of the most heavily scrutinised players of world football. But according to legend, who did he strike with a water bottle during the infamous Battle of Berne in the 1954 World Cup?
Login to Quote