Well, well, well. In Louis' absence I will be filling the void left by the usual host, hopefully I can satisfy you all enough for the time being whilst Louis is away. The question...

At the end of the 1964/5 Bundesliga season, Hertha BSC were demoted for secretly paying players. However, political reasons forced them to have a team from the capital in the league - so why was there no Berlin team in the 1966/67 season?
Login to Quote


I'm back - albeit delayed - and I'm ready to present to you a new question. We go back to English football now and all the way back to the 1920's... 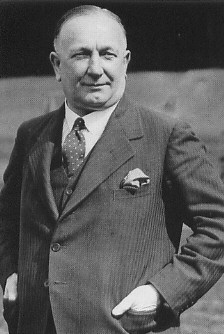 In the last FA Cup Final before the opening of Wembley Stadium, the 1922 tournament, Huddersfield Town defeated Preston North End to bring home the cup. But what was controversial about the victory that saw Huddersfield reprimanded by the FA?
Login to Quote

InvertedWingbacks
7 years
Someone dived to win the penalty that gave Huddersfield the win?
Login to Quote

Justice
7 years
Preston goalkeeper James Mitchell was the first (and only) player ever to wear spectacles in an FA Cup Final.
Login to Quote

Walter
7 years
You guys may well be right, but it's not the answer I'm looking for!
Login to Quote

edu1878
7 years
A penalty was given for a foul that was commited outside of the box, which huddersfield then converted to win the match, and the cup.
Login to Quote

Again not the answer! Good try, though.
Login to Quote

Justice
7 years
A supernatural watermelon sprouted up on to the pitch and an army of rabid lurker-ants exploded from the phenomenon, engaging in combat with all human targets in the adjacent areas.
Login to Quote

Nick
7 years
Was it that the GK - James Mitchell - danced / waves his arms about on his line trying to distract the penalty taker. Even though the player scored, the FA amended the law on penalties, making it a requirement that goalkeepers remained completely still until the kick was taken
Login to Quote

InvertedWingbacks
7 years
Irregular payments to players who played in the match?
Login to Quote

Walter
7 years
None of those correct. I can confirm it has nothing to do with the penalty, to keep you on track.

Also, I don't know if I'm still doing this or Louis is coming back...