Tallery
8 years
How have I missed this? This is great, keep it up!
Login to Quote

Slid3Tackle
8 years
Great start! Keep it up!
Login to Quote

TCO
8 years
tallery164: Hasn't been around that long 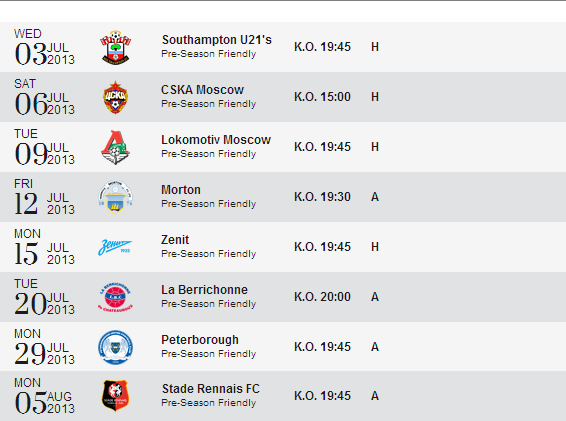 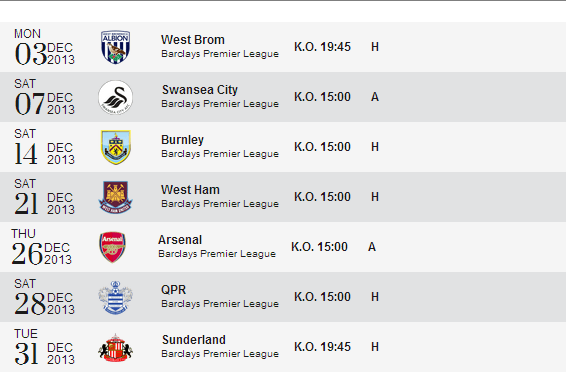 Griffo
8 years
Not too many vicious fixture clusters against strong sides, good luck!
Login to Quote

Griffo: Yeah I was hoping for them to be spread out, cheers


Southampton have confirmed the signing of defender Daley Blind from Ajax for £12,500,000.

The Eredivisie club rejected a £9m bid from the Saints for the Dutchman, 23, a few days ago,
but after offering a new sum of £12.5m, Ajax accepted and has allowed the third transfer of Ronald Koemans tenure as manager to proceed.

"Signing for Southampton is more of a step sideways than forwards." said Blind, who has agreed a five-year deal. "I believe Ajax and Southampton are of a similar level, however Southampton can be taken further forward by myself, and I believe I can make Southampton great." He added.

Blind will be earning near to £80,000 p/w and will be available for Southampton's second fixture against CSKA Moscow.

The versatile defender/defensive midfielder will certainly be a replacement for the Liverpool bound Dejan Lovren who signed for them under Pochettino.

"Signing Blind is a massive move forward for the club, he is a fantastic player and can player virtually anywhere in a defensive position." Koeman stated.

Blind has been at Ajax since he was 18 and has made 59 appearances for the Dutch side, he has also had a loan spell at FC Groningen during the 2009/10 season.
Login to Quote

Nick
8 years
Great signing! He's a really really good player. Can see him being important for you
Login to Quote

TCO
8 years
Nick: Cheers Nick, yeah I hope he has a big impact on the team.
Login to Quote


Morgan Schneiderlin has told the media he will not be leaving St. Mary's this summer. The Frenchman has vowed to commit his future to Southampton, despite the speculation surrounding him.

The midfield maestro does not want to leave Southampton like the others have, and wants to help Southampton continue there European football hunt, despite the huge void in their club after a few heavy departures.

"I am disappointed in them really. We all know Southampton are destined for great things, our youth products are terrific, Bale, Oxlade-Chamberlain, Walcott, they've all come from St. Marys. Luke (Shaw) and Adam (Lallana) are two fantastic players yes, and deserve the move up to the big teams, but I think they should have stayed, as the club is going forward and who knows how far it may go." Said Schneiderlin.

Schneiderlin's contract runs until 2017 and speculation suggests he is willing to add an extra year onto that to show the 23 year olds commitment.

Southampton have already been linked with players that would add to their next generation of English talent, one player being Bolton youngster Josh Vela. The 19 year old has made his way through Boltons youth academy, and has made 7 appearances within the last two seasons for the Trotters which is enough to gain some interest from reputable sides.
Login to Quote

The 26 year old goalkeeper did in fact reject Spanish outfit Real Madrid, and chose to join Southampton and join other goalkeepers Boruc, Gazzaniga, and Davis. Koeman has said he looks too offload a few of his goalkeepers, and instead look to younger shot stoppers in their youth ranks.

Navas has signed a one year deal with the club, earning him £45,000 p/w, Koeman told BBC Sport he is delighted to have a player like Navas in his ranks, and hopes he can bring great things to the club.

"Navas is a top goalkeeper, he isn't large and scary, in fact he is quite a slim player, but his reactions are fantastic, nothing will get past him, and I expect he will be a good challenge for the strikers in the Premier League." Koeman stated.

Navas' £12,500,000 arrival signals the end of Boruc's time as first choice goalkeeper, Boruc is known for his eccentric decisions which have sometimes turned out costly. Koeman has in fact said he would prefer a keeper who did things by the book who in this instance is Navas.


Jordy Clasie likes to put his dribbling abilities on show


Koemans next big buy is in the form of Dutchman Jordy Clasie. Clasie is a favourite of Koemans after he played under him at Feyenoord, both Clasie and Koeman have said they are glad to be back on the same side, and look forward to working together again.

Clase is currently receiving treatment from a Sports Hernia, and will be out for approximately 4 weeks, which will mean Clasie will miss a large chunk of pre season, however, Koeman has told us he isn't worried about it all.

"He is injured yes, and will miss all but one of our friendlies, but I still do not regret the decision to buy him. He will be fully fit by the game against Rennais, and will play all 90 minutes, and will be introduced someway through the Sunderland match."

The Saints parted with £11,000,000 to bring in the services of the industrious midfielder, and he looks set to partner Morgan Schneiderlin for the upcoming season.
Login to Quote