Why did I choose Zenit?


I chose Zenit, because I have never managed in Russia before and they're the club that appealed to me the most. I have done many stories on this site, that I haven't been happy with or that have ended early. But having looked at Zenit, and using them of FIFA I decided to give them a go on Football Manager!

Goals for this story?


- Win the Russian Premier League at least five times.
- Win the UEFA Champions League at least 3 times.
- Manage Russia.
- Win the World Cup.
- Win the European Championships with Russia.
- Make Zenit the most reputable team in the world.
- Make Zenit the richest club in the world.
- Enter the Managerial Hall of Fame.
- Top the Managerial Hall of Fame.
- Try to make the save last as long as I can.
- Make the story enjoyable and fun to read.
- Put time and effort into every post that I do.


Like I said earlier, I have done many stories on this site and pretty much all of them only lasted a season. I know what you're are thinking 'this story will just be like all the others. No, I am determined to put time and effort into this story, even if Football Manager 2015 is on its way! I hope you all enjoy reading this story, any feedback will be appreciated. Thank you!
Login to Quote

nobleTP
6 years
Good luck with this! Will be following!
Login to Quote

Aaron
6 years
I can never do any good with Zenit, so good luck with this. Hopefully you can stick to the story as well. I'll be following.
Login to Quote 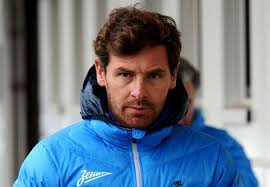 Shocking news coming out of the Zenit camp tonight, is that their manager Andre Villas-Boas has decided to leave the club with immediate effect.

The reason for Andre's departure has not yet been announced, but media and insiders from the club have commented that Andre had a row with Zenit's chairman, Aleksandr Dyukov.

This has come as a shock to the Zenit camp, as he has only been manager of the Russian club since March 2014! The favourite to replace Andre, is former England and current Russian Manager Fabio Capello. The Italian has a very good knowledge of the game, after managing some of the worlds biggest clubs however nothing has been said officially as of yet.

Whoever does take over the reins from Andre, will have a massive test to get the team ready for the new season with it being only three months away. Can he cope with the so called 'Racist' team in footballing history, that once demanded the manager at the time Luciano Spalletti that he bought no black or gay players for his team?

Will the new manager follow these demands from the supporters or try and go it alone. I'm guessing it won't go down well with any one if the new man decide to go against what the fans say, after all they are the main figures of the club!

Odds on the new manager!

Zed
6 years
Wonder who will take over! Good start Radders, hopefully this'll run long, as we don't have a lot of Russian stories around

Griffo
6 years
I was looking at doing Zenit before I started Truro, good luck!
Login to Quote

This story will last, hope you enjoy reading!

bebero - Thanks a lot man

ASR-PSV - You'll be surprised who takes over hahaha. Don't worry, it will run long

Griffo - I'm not surprised, Zenit are a great team! Thanks man 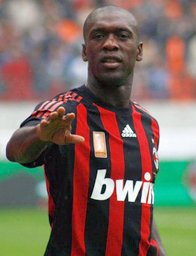 Clarence Seedorf the former Dutch and AC Milan legend, has taken over the reins as manager at Zenit. Penning a three year deal with the club, he said he's excited to be working with the squad, and changing the opinion on black people with the fans.

" I can't wait to get started, I have always wanted to get into another management job after only being in my Milan job for a few months. I will try my hardest to bring glory and make Zenit the best football club in the world." Those were the words of Seedorf himself when questioned on his new post.

Seedorf is one of the most decorated Dutch players ever, he is the first footballer to win the UEFA Champions League four times with three different clubs. First with Ajax in 1995, then with Real Madrid in 1998, finally twice with AC Milan in 2003 and 2007. Along with those accolades, Seedorf has also won seventeen more trophies with the clubs he played for, and also won twelve individual awards. So he has certainly been around a bit, but he is truly one of the greats of world football.

Despite what he has done throughout his career, he might just have taken on the biggest challenge of his life. Zenit are known to be the most racist team in the world, and demanded their manager to not buy any black or gay players.

Can Seedorf cope with the pressures of bringing glory to the Zenit camp, along with managing the fans beliefs and values?

Only time will tell, but we wish him all the luck in the world with this endeavour. He hasn't got long to get his team ready, but I'm sure that he will be just fine and restore Zenit into one of the world's best!
Login to Quote

You are reading "Zenit - The Revolution!".