Nyíregyháza Rise To See Off Haladás 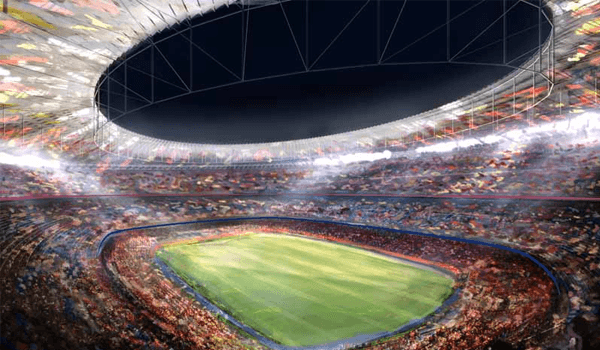 
Nyíregyháza claimed a 4-0 aggregate win over Haladás in the Hungarian Cup Last Sixteen after goals from Marcell Molnár and Péter Szilágyi earned a 2-0 second leg win away from home. This win is Nyíregyháza's 19th of the season under new manager Ryan Ferguson, after playing just 26 games.

In a game where Haladás needed to score two to bring level the tie, they never really asserted any dominance over Spartacus. In fact, they looked very leaky at times and they were almost cut open in the second minute when Nyíregyháza were counter attacking in a four-on-two situation but Pákolicz's cross was less than adequate and found nothing but the stand behind the goal.

Haladás' one and only clear cut chance in the game came a quarter of an hour in when Roland Szalai fired a shot over the bar from inside the area. Winger András Radó had surged forward and cut back for the striker who got the ball stuck between his feet and, leaning back, scuffed his shot well over the bar with the goal gaping in front of him.

The first goal of the game came just five minutes later through Marcell Molnár for Nyíregyháza. The away side had been enjoying a dominant spell of possession when Tamás Huszák slipped a delightful through ball in to the feet of Marcell Molnár who, running towards the corner flag, struck a venomous shot which cannoned in off the front post. It was a cracking shot which ignited the match for Nyíregyháza.

The away side almost doubled their lead just before half-time when Dávid Pákolicz volleyed a pass forward in to the feet of Péter Szilágyi who swivelled on the spot before firing a weak effort at goal from just outside the box. His strike partner, Marcell Molnár, was less than impressed as he had made up good ground to get in to a position to score.

Nyíregyháza had two goals ruled out for offside as both strikes found themselves just centimetres too far over the line in two attacking moves, despite finding the net in each. They were close calls and they gave Nyíregyháza manager, Ryan Ferguson, good reason to become agitated on the touchline.

The game was well and truly put to bed in stoppage time as Péter Szilágyi scored his 21st goal of the season, it still being December. It was a counter attacking move which lead to the goal as substitute László Rezes picked out the striker with a delightful lobbed pass. The striker still had a lot of work to do from twenty-five yards out as he marched towards goal and scored with aplomb, sending the keeper the wrong way with a dummy.

It was 2-0 on the night and 4-0 on aggregate. Nyíregyháza have booked their place in the quarter-final of the Hungarian Cup! There's still a lot of work to be done but it is a major step forward for the club and the supports, but most importantly Ryan Ferguson and his players and coaching staff.

BreakfastAtTiffanys
5 years
I've been reading all of this just now and wow! Your updates are very thorough and detailed! Keep it up. Enjoyed reading and will continue too!
Login to Quote

Aaron
5 years
Creaming it in the league, well done mate

Ziechael
5 years
I agree with BaT, your updates are always from the top drawer. A great story that just keeps getting better. A nice cup win too

You are reading "Ryan Ferguson - The Path To Power".