So it's that time again. Football Manager 14 has come to the end of it's life and is about to be replaced by a new, much improved, Football Manager 2015. And this is going to be my first story on the new game.

Now I know, I know. I have made a lot of different stories last game, in which I have spent very little time on before progressing on to a new story. This will stop (hopefully). Last year was my first year of writing stories and I decided that I wanted to test out different styles to see which suited me best. This year I am going to allow myself to only have 4 stories for the whole of the year. Hopefully with this story I will stick to 1 style, the style that I have decided I enjoy writing the most.

This Football Manager I will start with Hearts. Why? Hearts, you may ask. Well Hearts have always been one o.f the better teams in Scotland. On the 19th of June 2013 the club went into Administration and last season they were relegated, along with fierce rivals Hibs, to the Scottish Championship. June this year the club officially exited administration and the mission to get back up started.

In this save my end goal is to win the Champions League and become the best team in the world, obviously, I mean isn't that everyone's end goal? However, there are hurdles I need to jump. First of all I need to get back up into the SPL. Promotion from the Scottish Championship? Easy! Well, not exactly. Not only do we have Hibs to put up with, we also have Rangers. One of Scotlands 2 giants. The team that got relegated to the Scottish League 2 after facing a similar scenario. Putting these 2 aside the league should be fairly straight forward. When I do get promoted, however I will need to topple Celtic off their high throne. Celtic are giants but as we know, giants fall harder.

Hopefully throughout my time at the club I can also manage to increase the reputation of the league by bringing in big names. And maybe, just maybe, one day I can take the National Team to glory with a team full of our products. But that is a long time away from where we are at now.

I would like to give a special thanks to Tallery for a super awesome banner, thank you!
Login to Quote

Tallery
7 years
No problem, mate, and good luck, will be following!
1
Login to Quote

Zap
7 years
Tallery, Nick and Josh: Thanks!
Login to Quote

JasonRM
7 years
Great writing so far Zap, hopefully you can take down Celtic, I'm sick of them!

Zap
7 years
Justice: Thanks mate, also again thanks to Tallery for helping me choose it.
Jason: Cheers and aren't we all...
Login to Quote 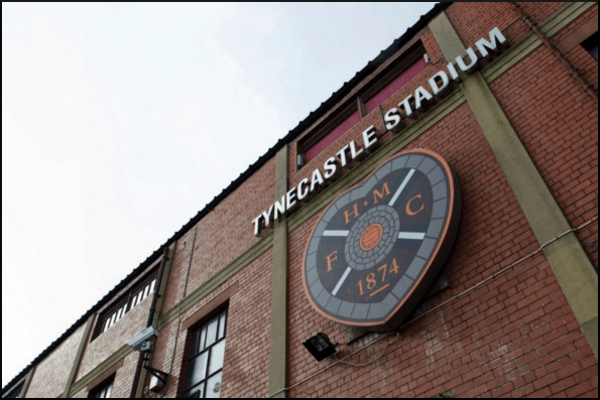 Hearts fans can rejoice in the news that their club have officially exited administration today after a court session in Edinburgh.

The club have been in administration since June last year and will start off this season in the Scottish Championship with a 15 point deduction, after being relegated from the SPL last season. The club, however, is still confident off turning things around and new chairwomen Ann Budge is optimistic about the future.

Facing a swamp of journalists outside court Budge spoke confidently about how the will club take things on from this point. "It is wonderful that we're here, eventually. We want to get a really strong management team in place - I don't just mean on the field, off the field as well - and basically ensure that the club never has to go through this again.

Budge had agreed a deal to take over the club and has set about to restructure the club. Craig Levein has been drafted in as a Director of Football however there is still speculation over who will take the reigns off team. Gary Locke was manager during administration, however he left at the end of his contract.

Exiting administration also means the lifting of their transfer embargo and, whoever the next manager is, they will want to go about rebuilding the team as soon as possible.
Login to Quote

Josh_MU
7 years
Good to see you exit administration! Onwards and upwards from here!
Login to Quote 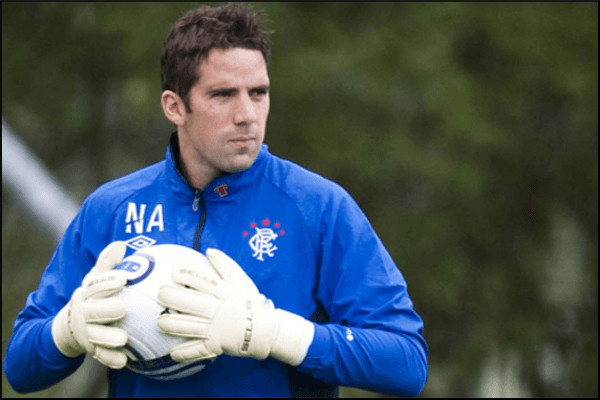 Today Hearts have unveiled their new manager in former Cardiff and Rangers keeper Neil Alexander. Alexander has been brought in from his latest spell at Crystal Palace to take over as player-manager.

The move was announced to the press this morning and Alexander seems to share the board's optimistic view for the future. "This club is going back to where it belongs and I am happy to be given the opportunity to lead the operation. We have some quality young lads at the team and I can't wait to utilise them, I know they can take us back up and maybe even further than we were before."

"I know that some people question the decision of hiring a player-manager, however, I believe that I am the right person for the job. I am coming to the end of my playing career and that makes me very sad indeed but I know that, when my boots do hang up, I want to make my name as a manager. This is the perfect opportunity to get the best start possible!"

Many Hearts fans have questioned the move on social media, however most are willing to back their new player-manager. It is a rarity that you see very many of this type of role, but if it comes off it could prove to be a master strike for new chairwomen Ann Budge.

"We know the risks of hiring a player-manager, and we have taking them into consideration. My view is only to get the best out of the club and I have made this decision with that in mind. Neil knows the clubs views and heavily believes that he can be the one to take us forward, leading from the very back."
Login to Quote