BadWolf
5 years
Wenger is just mad he can't get Santon! 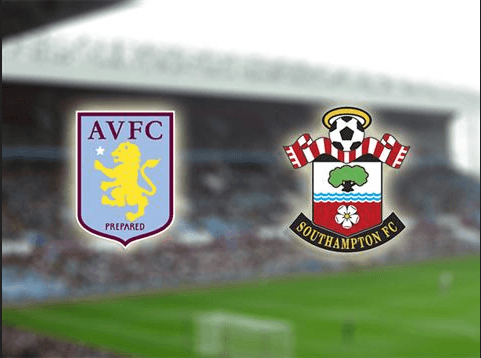 In what had been billed as a close encounter, Southampton were trounced 8-0 by Aston Villa at Villa Park. 39,576 fans watched Samuel Eto'o destroy Southampton with a superb hat-trick.

New signing Davide Santon, who Arsene Wenger had a few choice words to say about opened the scoring with a placed shot from close range in the 11th minute. Then Eto'o a £325,000 signing from Everton doubled Aston Villa's lead with an accurate finish from inside the penalty area on 17 minutes. 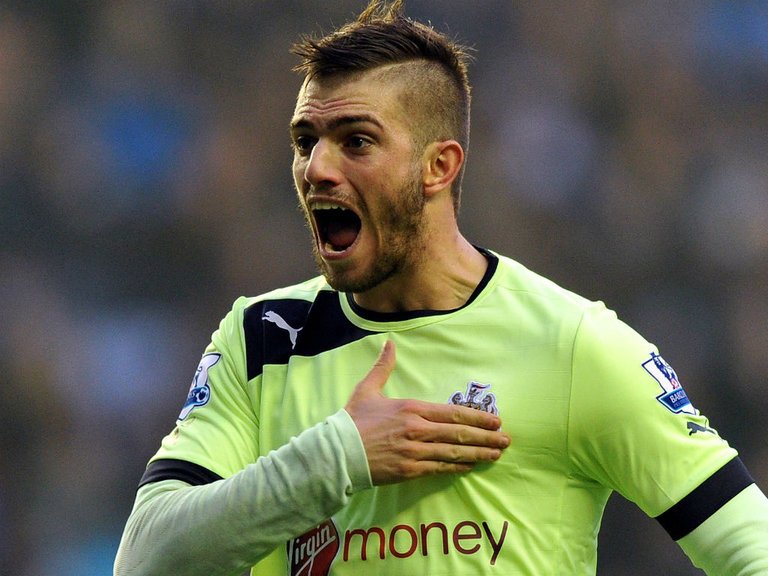 Santon has been a hit already at Villa Park this season

Eto'o added his 2nd goal of the game with a deftly executed finish on 21 minutes. An error from Southampton's Jose Fonte allowed explosive winger to impress the watching Roy Hodgeson by scoring a well executed finish and then Luc Castaignos increased the advantage further with a well struck effort on 50 minutes.

Ron Vlaar, back from injury added another goal for Aston Villa with a free kick from 20 metres on 58 minutes. Samuel eto'o then added his 3rd goal of the game with a header on the 69th minute. Then midfielder Tom Cleverley completed the rout by adding the 8th goal of the match with a shot from distance on the 87th minute. 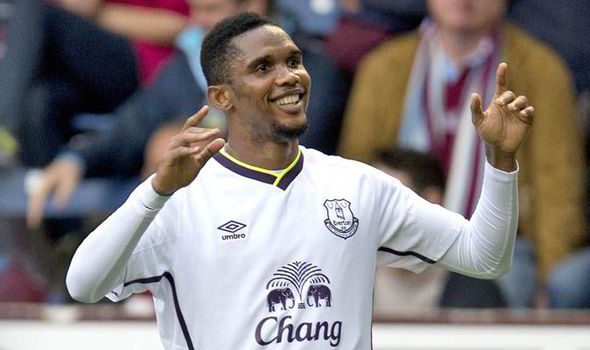 Samuel Eto'o was marvelous against Southampton

Samuel Eto'o was the best player on the park this afternoon though. He scored the best goal of the game with a great headed goal.

Samuel Eto'o scored a marvelous hat-trick as the Southampton defence failed to cop with the skillful striker's explosive finishing. Eto'o is a new signing at Villa Park, having joined from Everton in September.

I am very happy with the teams performance and I am glad we are putting the issues of losing to Swindon behind us and as you can see here my youngsters are coming of age already, I think we are going to be in the top 8 this season! McGrath said confidently, more on this later.
Login to Quote

InvertedWingbacks
5 years
amazing result, and what a performance from Eto'o! keep it up, and McGrath might just be proven right!
1
Login to Quote

Since Aston Villa FC announced a ground-breaking partnership with Acorns Children's Hospice in 2006, this special relationship has gone from strength to strength as their recent activity demonstrates.

Villa have been Acorns children's heroes by initially providing a financial donation to cover the urgent costs of 77 days hospice care to keep beds open at Selly Oak hospice. Over the past few years, Villa players have also taken the time to visit the children and families who use Acorns, bringing smiles to their faces and those of our hard working staff. Most memorable for all was when Villa became the first Premier League club to forgo a main shirt sponsor fee and place a charity name on its shirts for free

As we look forward to the 2015/16 season, we'd like to say a huge thank you to the staff, players and Aston Villa fans that supported us during the 2014/15 season.

In March we celebrated the third annual Acorns Day - our charity match day at Villa Park - and we are absolutely delighted that we beat last season's fundraising total, raising a staggering £200,756, enough to run one of our hospices for a month. 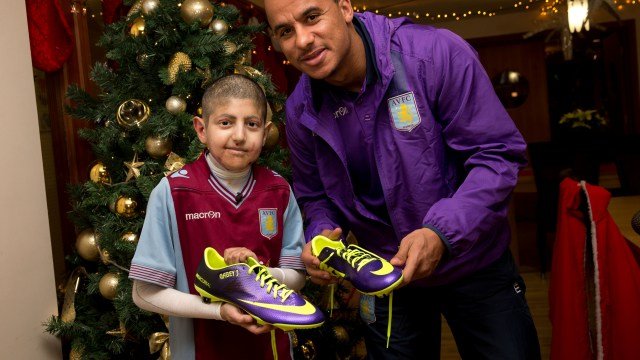 Acorns Day has now raised over half a million pounds since it began, which is a demonstration of the brilliant support shown from everyone involved with Aston Villa. We are also still very pleased to be sponsoring the reserve and Under 18 side, this is raising awareness for this cause and would like to thank Aston Villa FC for there continued support, without it we would not be getting the attention we are today.

It is understood that Aston Villa will also show billboards of Acorns for the rest of the season at football matches. Gabby Agbonlahor went along last week for a visit and the Aston Villa hitman was humbled at the job the volunteers are doing. It is a wonderful cause to be part of and the fact we are the only club who has had these sponsors for free, really shows that we are part of something special here at Aston Villa
Login to Quote


Aston Villa had a very slow start this season. The one spark from the start of the season, however is Luc Castaignos who has flown out of the blocks scoring 7 times in the first 6 matches making him one of the top scorers this season so far, although it is very early on.

Manager Paul McGrath was very confident when at the first match of the season against Newcastle but it all went wrong because of some dodgy officiating, giving Newcastle two doubious penalties, which allowed them to win the match 4-2. Rickie Lambert, a new signing from Liverpool scored a hat-trick to cancel out Castaignos's 2 goals.

Then Swindon Town embarrassed Villa by basically thrashing them 3-2 at Villa Park. We were absolutely terrible and I really and there will be some changes going to happen around here said McGrath after the match.

But after those two matches, Villa's youngsters started to find there feet and the match against Nottingham Forest proved to be the breakthrough this season when a Gabby Agbonlahor brace, coupled with Luc Castaignos and Delph's goal downed Nottingham Forest in a much, much better peformance. Well that was better, wasn't it! We played like a team and it showed. We have a bunch of new young players but we are doing well and going in the right direction said captain Ron Vlaar. 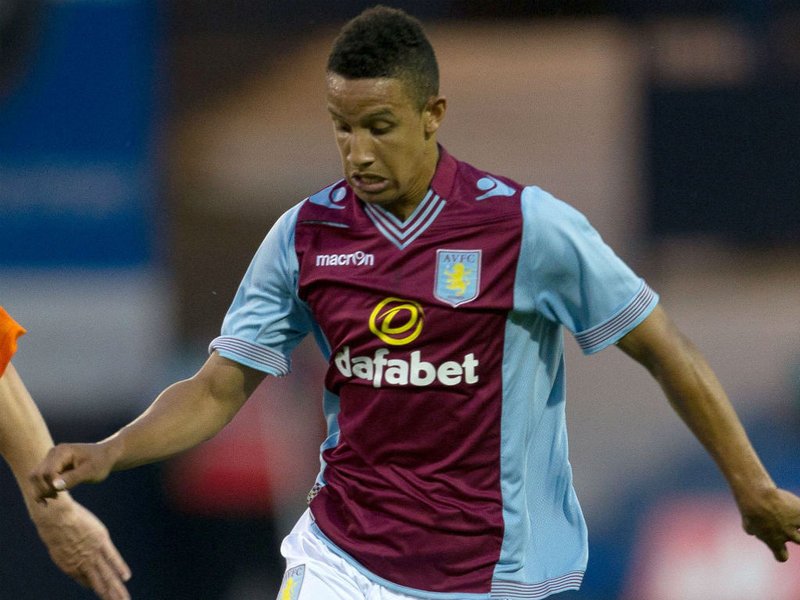 Callum Robinson was amazing against Leicester

Then followed the impressive debut from Callum Robinson in the match against Leicester. Captain Vlaar headed in a bullet header on the 37th minute but the first half was full of the 20 year old attacker, Robinson who was all over place but he had to wait until the 88th minute for his reward in the way of a goal and the play of the match award. His manager was thrilled for him He was immense today, I considered putting him in last season but felt the loan option was the best option for then, now he is going nowhere!

Next was the Southampton slaughtering, but the match after against Manchester United was amazing for the wrong reasons for Villa, Castaignos and Eto'o continued there fine partnership with each other by scoring 3 between them but unfortunately for Villa Manchester United scored 5! Villa player Samuel Eto'o was very impressed with his new club and afterwards he said I am very happy with the way the club is going, unfortunately though Manchester United were unstoppable. 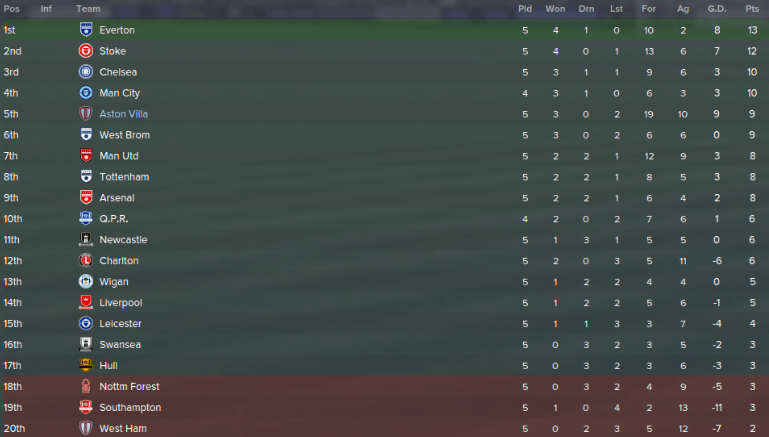 Everton are the early leaders with 13 points, 1 point ahead of Stoke City with Chelsea and Man City just behind. Aston Villa are the league's top scorers with 19 goals and are currently in 5th place. This is a big improvement for Aston Villa and they will hope not to lose ground. 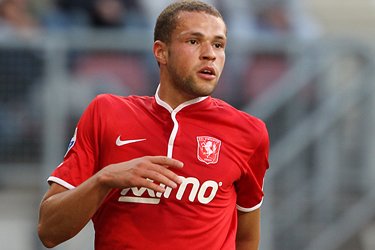 Luc Castaignos has really impressed this month, scoring 7 goals in 6 matches and showing every that his partnership with Ato'o and Agbonlahor playing the wing is going to scare teams every time Villa go forward. It was a pretty simple decision really.

The long running takeover saga at Aston Villa is finally over. Randy Lerner has sold to an Austrian Scientist Tycoon called Mario Plattner. The Austrian who has made millions finding out really important equations has bought the Birmingham club completely out, they will not be on the stock market or nothing. It is also said that when he went infront of the media for the first time he will stop at nothing to bring the glory days back to Villa Park. I have bought this club to win things. Manager Paul McGrath will stay, I have to understand that Villa fans love Paul and I will not be letting him go and also he will get a warchest to buy with in January. I had been looking for a club for a while now, so when Aston Villa came along I HAD to invest.

It is thought that Plattner paid upwards of £124m for the club and he is hoping to remain in charge for a very long time.
Login to Quote

TVDLC123
5 years
Decent results, but great news with the takeover, now your rolling in the moneh!

shylax
5 years
The last time Randy Lerner sold a team it went to someone who may end up being convicted of a crime. Hopefully Plattner is more fit and proper.

As far as your results go, even when you went down, you went down swinging, and I can admire that a lot in a team.
Login to Quote

No1VillaFan
5 years
Basham Honestly I like it how it is

Tallery It is cool dude because we got 3 goals, means we are progressing

BadWolf Yeah still in the top half which is great 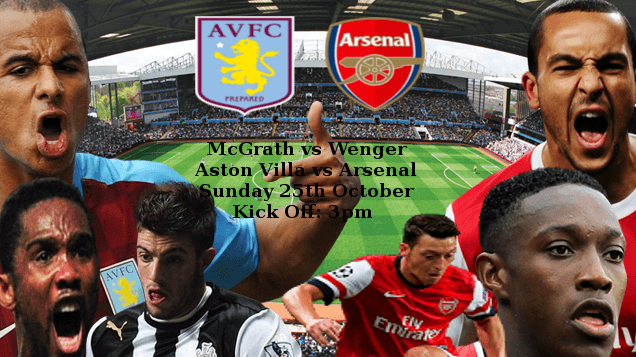 There has been a lot of bad blood between Arsene Wenger and Paul McGrath so this match coming up has a lot of bad blood. This all started last season when McGrath has loaned Yay Sanogo from The Gunners, but in McGrath's words he was awful. after that however Wenger had launched a couple of attacks at the Villa side.

This match is going to be very fiery because Wenger, only this season has had a swipe at Aston Villa's signings. Villa bought a lot of players this summer but Wenger's claims that no youngsters would get a chance but as we saw McGrath's signings this summer, 85% of them were 24 or under and what McGrath spent on all of his, Wenger spent on four new signings.

Arsenal have the better squad but in our view Aston Villa have the more hungry squad. The youth will have ups and downs this season but as things stand Aston Villa are 3 points off a top 3 spot. Arsene Wenger thinks his side are going to be victorious this Sunday We have the best team, Villa just can not keep up this form. I mean Manchester United defeated them 5-3 and they were lucky to defeat Chelsea, I expect them to park the bus against us and then try to counter attack just like every other team we play against but this time they do not have the quality to beat us.

Villa manager Paul McGrath points to last season's encounters, we beat them last season twice, and not only did we win we thrashed them both times. Gabby Agbonlahor and Andi Weimann always do well for us when we play Arsenal so I would expect them both to start. Samuel (Eto'o) is a great influence on this young team and we are already in contract talks with him to stay for two more years. Arsene Wenger will have to backtrack on Sunday when my young guns plus Vlaar and Eto'o show Arsenal how it is done!

The match will be live on the highlights show on BBC at 10.10pm on Sunday night.
Login to Quote