BadWolf
6 years
Now I'm interested who is the signing.

Neal
6 years
Amazing stuff for Aldershot, dreams can come true!! And hm, wonder who the signing is

McGrath: We Have Sealed A Deal For KV 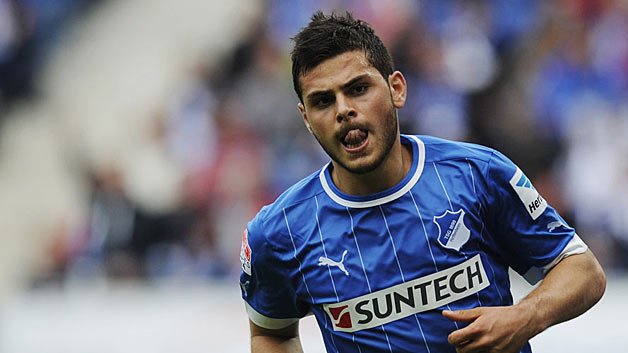 In an amazing announcement today, Aston Villa manager Paul McGrath has announced the signing in January of Hoffenheim star Kevin Volland for a reported £26,000,000. Volland is well-known all over Europe and it was understood that teams were waiting for the transfer window to make bids, however Aston Villa moved the quickest in a move that was completely Paul McGrath's player. Aston Villa are going through a rough patch of form and McGrath had said he was not going to buy loads of players, but would go in for the RIGHT player.

Volland made his senior debut in August 2010 for Munchen Lions, where he made a total of 57 appearances, scoring 19 goals for the club. Volland joined current club Hoffenheim for £525,000 in January 2011 and has made 112 appearances and scored 26 goals for his club. Aston Villa have found goals and creative play hard to come by lately so the fact they have pulled off this coup of a transfer is a shock but also shows the financial muscle new chairman Mario Plattner has given the club because Volland will be on an astonishing £110,000 a week over 4 years and he is looking to help Villa win things. We won't win the title thats for sure but I will come in a nd try to win the F.A Cup with Villa from January. I took the contract because they made it seem like they actually wanted me so I look forward to moving to Birmingham

Volland also has one German cap to his name against Poland in 2014. Volland will most definately help Villa this season and with there obvious progression they will make.
Login to Quote

Jamesg237
6 years
What a brilliant signing for you and the club; it really shows that you mean business! I hope he comes good and pays back his transfer fee and wages straight away.
Login to Quote

BadWolf
6 years
I hope he can adjust and win you some titles.

(P.s. 2500 of them views are from me ;D, kidding anyway well done! you deserve it)
Login to Quote

BadWolf I hope he can too 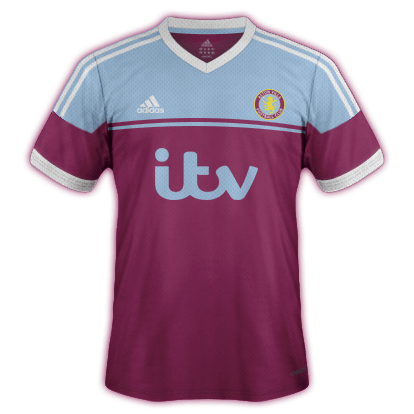 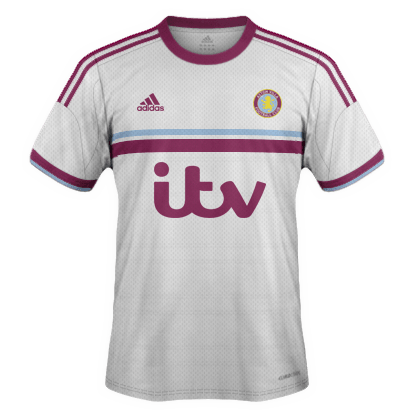 Aston Villa have been synonymous with Claret & Blue since there existance in 1874. They have got new sponsors and a new home and away kit for next season though, including a improved round logo on the shirts.

The club are very pleased to announce that ITV will become the sponsors of Aston Villa from 2016/17 for the next four years. The station will pay around £12,000,000 a year for the four years and we are very happy about the deal and we can not wait to be part of the club said a senior ITV spokesman.

The shirts, which were made by Adidas supremo Juan Christophe Tallery, which go on sale in January from the club shop will be priced at just £32.99 for Adults, with the youth version on sale for £18.99. This will represent great value for the consumer.

The home shirt has light blue across the top of the shirt with the rest in Claret, and the sponsor in light blue too but it is the stunning badge that catches the eye.

The away shirt is completely white with a claret and blue horizontal line going through and the sponsor in claret too. this is a huge change to the kits but they are thought to be designed impeccably and I am sure Villa can not wait to pull them on next season.

In other news Gabby Agbonlahor has been ruled out for four weeks. The striker pulled up against West Brom in the 1-0 victory with a pulled hamstring, which could not have come at a worse time as he was in line for a England call up. 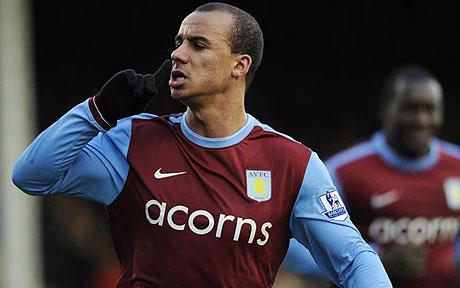 Agbonlahor is out injured

It is understood that Luc Castaignos will partner Samuel Eto'o while Gabby Agbonlahor is out injured.
Login to Quote

Lately some pundits like Paul Merson and Jamie Carragher had been questioning Paul McGrath because of awful form, however this all changed when McGrath managed to pluck the signing of Kevin Volland out of nowhere and since that deal was announced Villa finished December in excellent fashion. December, though started awfully as Jack Grealish, who scored again was on the losing side again after scoring as Villa went down 1-0 to Swansea.

Then came two of the most abject performances we had ever seen when first Manchester City won 2-0 and Q.P.R then followed it up with a 2-0 win too. Lets start with the Man City one, the only reason that Aston Villa did not lose by 9 or 10 with the performance of young Serbian keeper Marek Rodek. He was saving everything as the Villa defence parted like the red sea but Villa could not hold on.

The Q.P.R match was absolutely appalling and after that match where Villa lost 2-0 again it is understood that McGrath and Roy Keane laid into the team so much that they made Andi Weimann cry!

The next match against Liverpool was a lot better and they left empty handed but had found there fight again. Daniel Sturridge was absolutely amazing and hit a hat-trick with Stirling getting a forth but Villa faught back big time with the aid of two own goals from Mignolet and Wanyama. Joel Obi got the third but it was not enough for Villa but they went down with a fight.

Next though were three great matches for Aston Villa. First up were Spurs and Villa were that out of form you could have got 11/1 for them to win! If you had that then you were great because Jack Grealish ran the show and on the 50th minute he tore apart the team from London. Picking the ball up on his own 18 yard box he found a searching ball out to Rotariu, who fed Castaignos and back into Grealish who had run 40 yards now, he carried on with the ball and skinned 4 players and the the Republic of Ireland international drilled the ball home to give Villa there first win in six matches.

If Grealish was impressive it was Ron Vlaar and Ruben Garcia who were really running the show. Vlaar, who has said he wants to finish his career off at Aston Villa both lined up for the West Brom match with one goal in mind. Shove the comments of Gus Poyet up his arse! Poyet said that Villa were extremely poor and relied on good fortune rather than skill and although Grealish had yet another excellent match it was Garcia who shone. He got the assist for Grealish, who had now put 4 goals in, in this season alone won another match for Villa and it was the defence that had tightened up. Grealish and Garcia's quick feet however had got the 4th man sent off against this this season in Mulumbu which helped to the victory and two in a row for Villa since October. 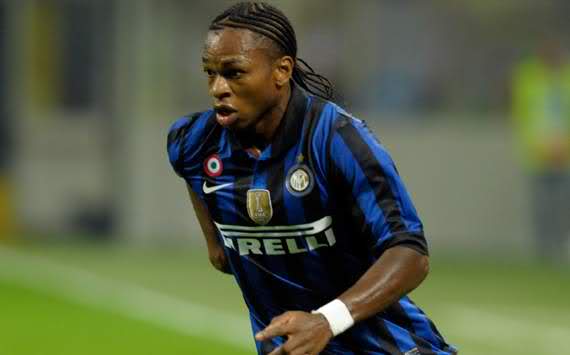 If the last two matches where impressive they then went and made it three wins in a row against a Charlton very hard to break down usually but not today as Villa started like a train and out of nothing in 53 seconds Mike Williamson, formally of Newcastle United scored an o.g. Grealish then hit his third in three matches to make it 2-0 and Vlaar made it 3-0 from a headed corner goal before half time.

Then two subs scored the forth and fifth goals in Tom Cleverley and Joel Obi. Cleverley's was a crisp strike to the left hand corner and Obi, who has signed a new 5 year contract worth £6m over that five years scored a delightful chip to defeat Charlton 5-1. 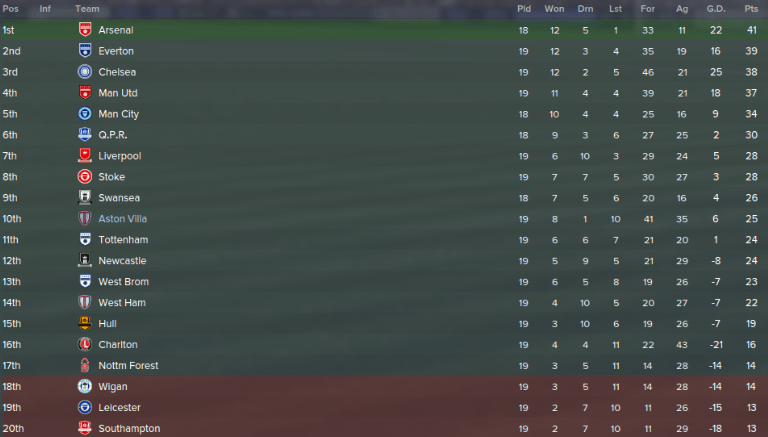 Arsneal still lead Everton in the EE Premier League by 2 points with Everton showing that last season's position was no fluke. Stoke have dropped from 4th to 8th and Villa make it back into the top 10 . Wigan, Leicester and Southampton are still in the bottom three as January will be a key month. 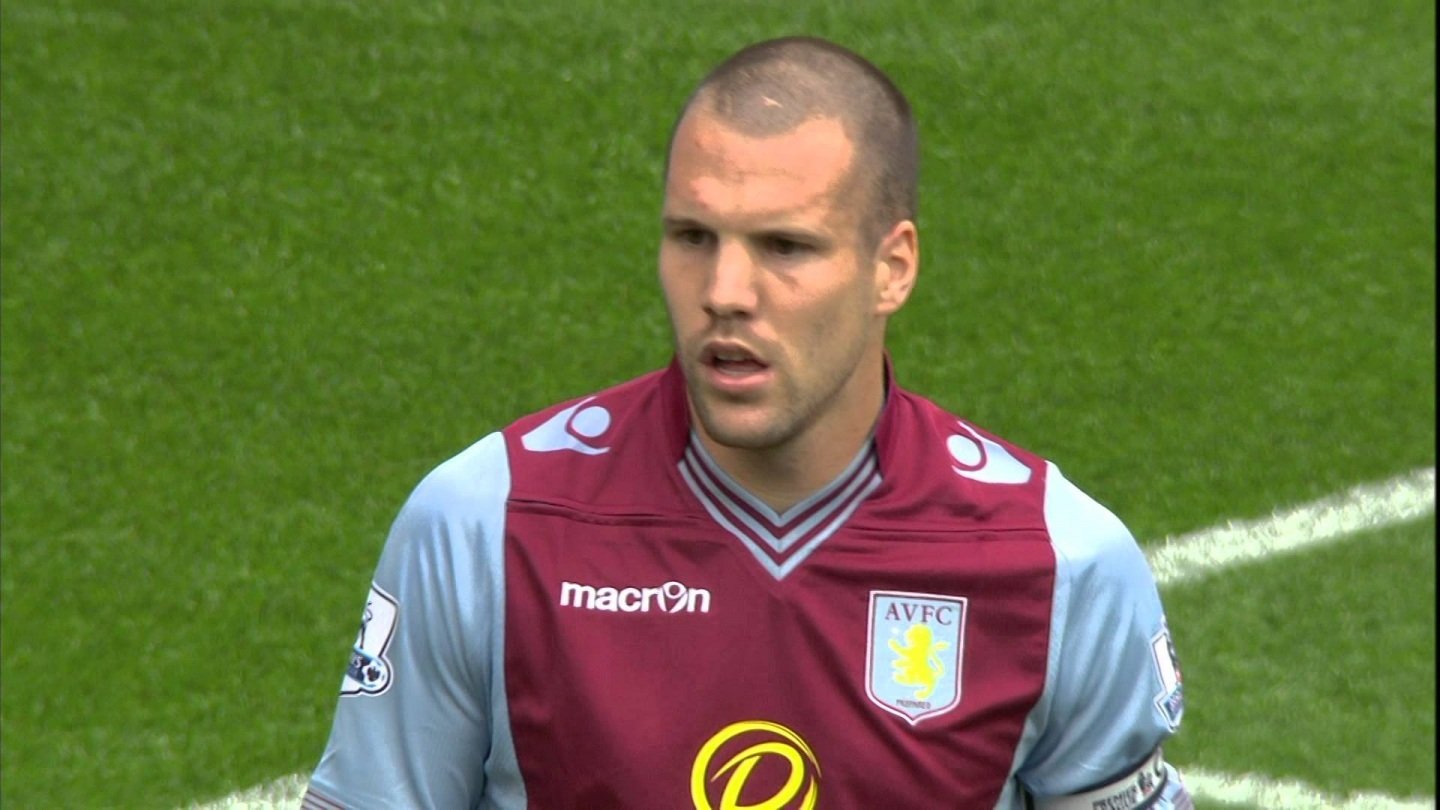 There were three possibilities this month. Jack Grealish, Ruben Garcia and Ron Vlaar. Jack Grealish goalscoring wise was awesome this month but the other two had just better months in my view. Ruben Garcia is going to be rated as one of the signings of the season for Villa with his industrious technique and his crossing ability, let alone his scoring ability but they have been trumped this month by Ron Vlaar. The 30 year old Villa Captain has been a rock in defence with either Richards or Ramognoli so therefor deserves the praise he is getting. 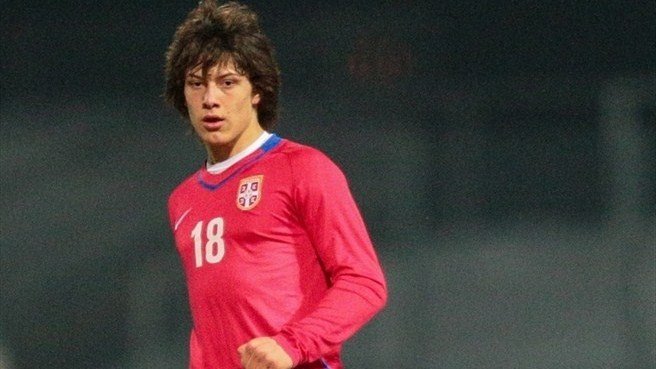 Jovic Is In at Villa

The two new signings and from Paul McGrath's perspective the only ones that will come to Villa were paraded at the end of the Charlton match. Luca Jovic, an 18 year old super talent from Red Star Belgrade comes in after being bought in the summer but staying there on loan until now with a big reputation as a goalscorer and although he will need to adapt to the English game a little bit will definitely look to make an impact. 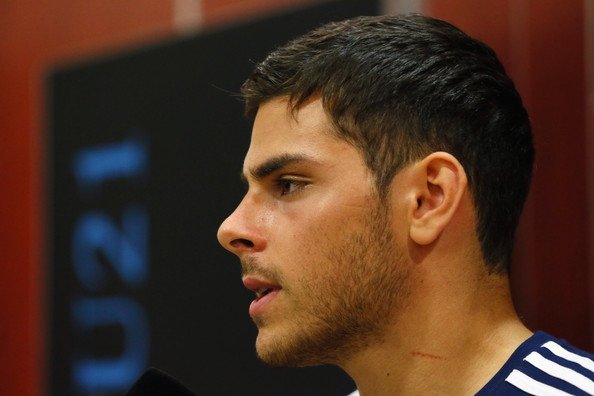 Volland has now arrived in England to play for Villa

The second signing is just out of the world as Kevin Volland got a rapturous round of applause after signing for £27,000,000 from Hoffenheim and the fans will no doubt be trying to get his name on the back of the new shirts next season. Volland, who will make his debut in the F.A Cup against Aldershot will no doubt be a hit while he is at Villa and it will be interesting to see if he can turn the club into a team challenging for trophies.
Login to Quote

BadWolf
6 years
Good signings! If you turned few defeats into draws it would be totally different story. Still, you are in bad position, could move forward few spots.
Login to Quote

Toon
6 years
If you concede a few less in the second half of the season, you're sorted.
Login to Quote

No1VillaFan
6 years
Wolf yeah So I think maybe I need a defender in this window!

Toon Yeah lets hope it gets better
Login to Quote

Icarus
6 years
Obi performing! wow and I've just sold him for 4m lol I'm lame. Btw with Jovic and Volland you're basically sorted, just make sure you don't play Volland out of position or he'll be wasted as he can be a real tie breaker!
Login to Quote