Glenn T
7 years
That's a really alarming drop in form, but the only way from here is up!
Login to Quote

How the final looks after this Semi Final

It wasn't the best of situations for Paul McGrath's Aston Villa side going into the second leg of the Europa League Semi Final against German Side Vfb Stuttgart. The German's held a slender 1-0 lead but still a lead none the less.

Aston Villa had defeated Chelsea and Manchester United this month already but then two defeats first to Stuttgart and then a very inept display against Arsenal had ended the hopes of a top four finish but not the chance to play in the Champions League next season while they were still in the Europa League. 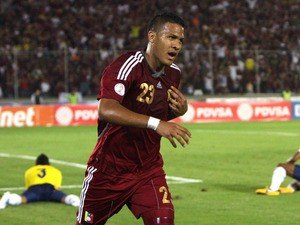 Rondon hit a stunning overhead kick to open the scoring

In a season of close run things in the cup competitions, runners up in the Capital One Cup and semi finalists in the F.A Cup again for what seemed like the 18th year Villa new they had to overturn a 1-0 deficit and win but win well!

Aston Villa Captain and free scorer Salomon Rondon for all his goals this season was being portrayed in the press for being a choker but this time he shoved the press's comments up there backsides as Aston Villa did overcome the first leg defeat to not only defeat Stuttgart but thrash them 4-0 and it only took 18 minutes to see of the most amazing goals of the season in the Europa League when Venezuelen striker Rondon scored an overhead kick from 8 yards out and it was one of the best goals you would ever see.

Ryan Gauld then got the second goal of the match with a crisp left foot shot and Villa were way on top. Rondon had been around and menacing all half and when he broke free just before half time it was inevitable what was going to happen and Villa were 3-1 up at half time on aggregate but 3-0 up on the night.

When Rondon completed the rout and yet another hattrick in a Villa shirt, his 9th of his Villa career Villa new they were heading to France for the final against Manchester City. 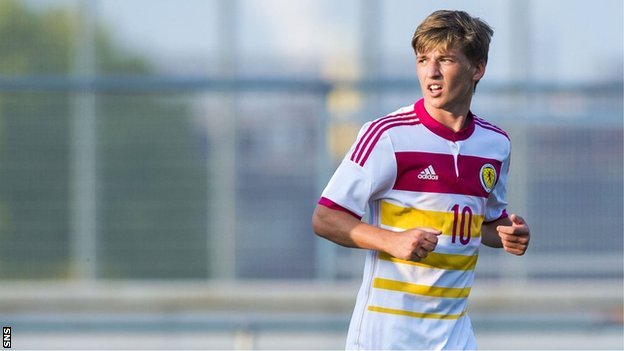 It meant Villa could look forward to a trip to Parc des Princes for the final following the victory and they will certainly look back at some great wins along the way with perhaps the most noticeable including an emphatic 6-3 win against Lazio, their convincing 5-2 aggregate win against Hoffenheim and a highly impressive 6-0 win against Anderlecht.

Salomon Rondon also broke the record for scoring the most goals in the Europa League history. The striker, who grabbed himself a hattrick against German in Stuttgart and has grabbed a total of 15 goals this season with the final still to go. So just who do Aston Villa play?

Manchester City will be there opponents after defeating Bayer Leverkuen 5-2 on aggregate to set up a all English Europa League final again just like last season where Villa lost out to Spurs on penalties in Hamburg at the Amsterdam Arena. 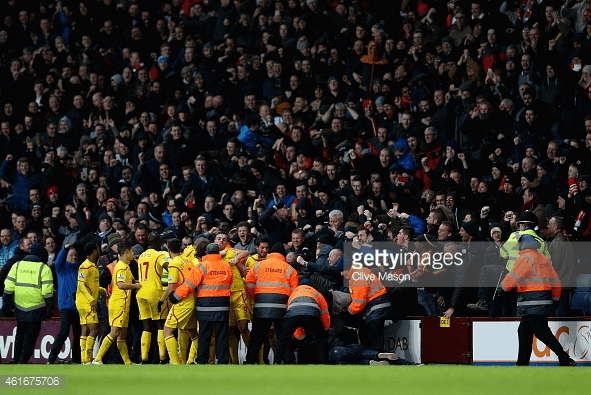 This season's final will take place at 19:45 on Wednesday 29th May.
Login to Quote

Tellak
7 years
Villa will go all the way.
Login to Quote

Aston Villa and Manchester City are getting ready to make the short trip to France to participate in the Europa League Final. For Aston Villa's fans it is a chance for there side to make up for last season's failiure when they lost to Tottenham Hotspur on penalties in Hamburg.

Manchester City on the other hand feel they should not be in this competition but they were poor last season and they even won this competition in 2016 with a 1-0 victory over Tottenham, when Sergio Aguero scored the winning goal.

There has been only two sides in the history of the Uefa Cup/Europa League have lost the final two years on a row, the most recent being Portugese side Benfica (2013 & 2014) and the other side was amazingly Birmingham City who finished runners up twice, way back in 1960 and 1961.

Aston Villa manager Paul McGrath is looking forward to facing Manchester City, we have a great recent record against them (Man City) but that will mean nothing for this match but we just need to not freeze this time because we are no where near the Champions League place this season and the guys in the squad know that they would secure Champions League football if they win this match.

Manchester City manager Joachim Low thinks that his side could win against Aston Villa. We are in a great shape in training and we can not wait to take to the pitch in France to hopefully win the cup again, I have a team in mind that will help keep Salomon (Rondon) and Raheem (Sterling) quiet.

The match kicks off at 7.45pm on Wednesday in France
1
Login to Quote

Maximus
7 years
Good luck for the final!
Login to Quote

So lets look at the starting line-ups and who the threats are for each team and which players are missing. 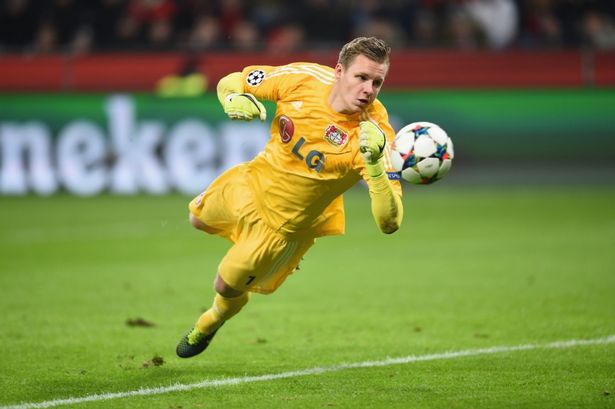 So lets start with Aston Villa and there formation of four at the back, one defensive midfielder, one winger and three attacking midfielders with one striker up top as a target man.

Bernd Leno is the automatic choice for Villa these days and will start in goal with a back four consisting with just one of last season's losing finalists in John Stones with Toby Alderweireld alongside him and Alex Sandro and Callum Chambers as the wing backs.

Will Hughes will play as a defensive midfielder with Sterling, another of the losing finalists from last season playing as a winger and will be looking to win his first trophy as a Villa player.

Then Villa line up with an attacking three behind striker Salomon Rondon. Jack Grealish, who missed out on the final last season when he moved to Manchester United plays alongside Ryan Gauld and Villa record signing Kevin De Bruyne. 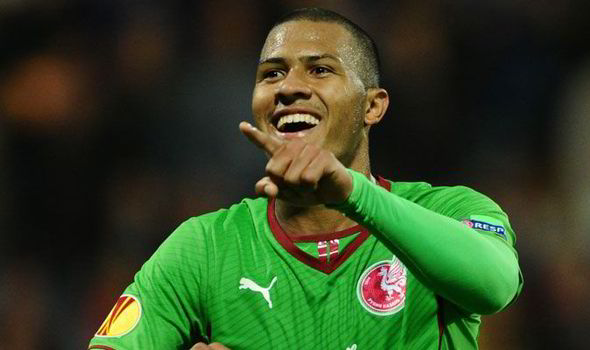 Can Rondon win the match for Villa

For Rondon, who will no doubt finish as top scorer in the Europa League, says it will mean nothing if he can not captain Villa to the Cup title. This is huge for us! I think we are going to have to bring our A game to try and shackle Man City and all the pressure will be on them

For Manchester City, they are without a lot of key players through injury and the fact that they are not eligible. Eugene Konoplyanka, Andriy Yamolenko and Stephen El Shaarawry are all missing for this match.

Man City field Arezki Maklouf in defence, who plays for McGrath's French side and he is joined by Kompany, Bernat and Nwakali. Man City then have four in midfield, Bruno Fernandez, Guezo, Verratti and Erik Lemala, formally of Spurs.

Angel Correa plays just behind Sergio Aguero, who with Rondon is the guy who is most likely to score the goals. 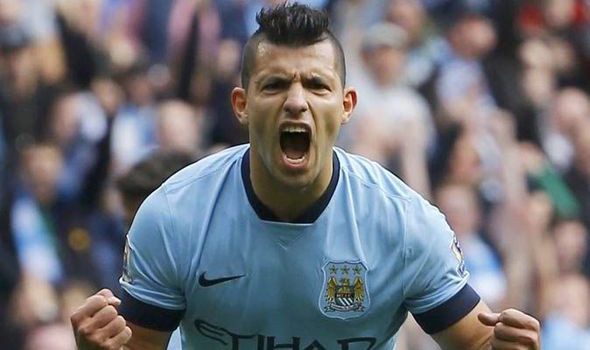 Will Aguero win it for Man City

The players are awaiting the referee Robin Trutz to blow the whistle to start the match..........and we are off!
Login to Quote

walkinshaw
7 years
I just won it myself with Newcastle so good luck bud.
Login to Quote

Europa League Final: The First Half!

1st Minute: Aston Villa kick off and Sterling has the ball, he wastes possession already and Lemela runs at the Villa defence..........wonderful cross there to Correa............HITS THE BAR, fantastic start by Man City as they carved The Villans wide open there. 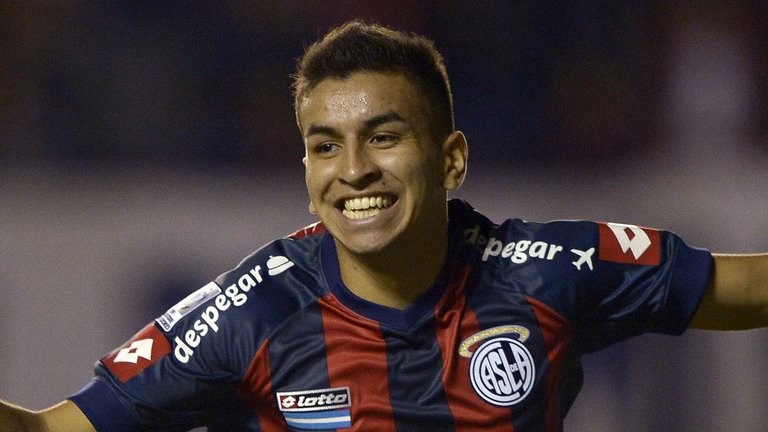 4th Minute: Chambers buys a corner off Kompany and De Bruyne goes over to take it........ In comes the corner, STONES! Over the bar when he should have done better but Villa show they are in the game. 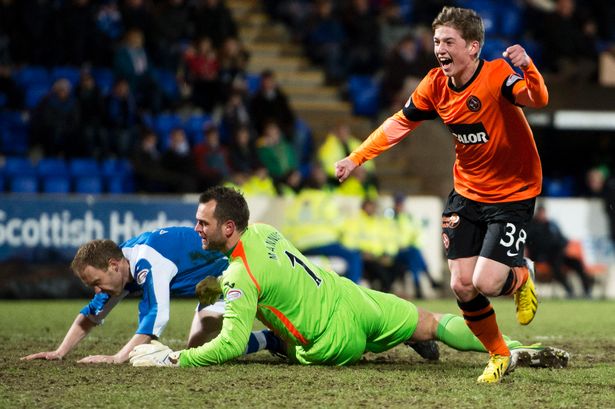 11th Minute: Leno take the goal kick short to Sandro, who plays it to Stones, he checks with acres of space and gives it back to Sandro, who gives the ball to Hughes, who moves forward and goes past Gruezo and gives it to Sterling. OH What a ball by Sterling to Gauld, who with his first touch knocks the ball around Maklouf, GOAL! OH MY GOD, what a shot by Ryan Gauld into the top right corner and Joe Hart did not move. 1-0 to VILLA! 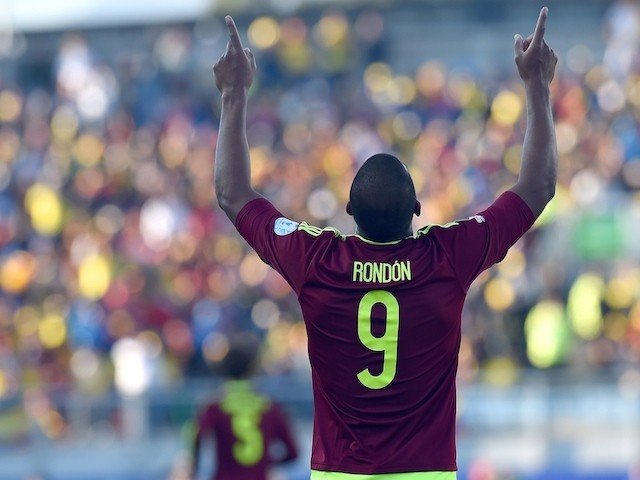 14th Minute: Lemela tackles Chambers and the ball goes out for a Villa throw in, which is taken quickly by Chambers to Sterling, who hits a early cross, which i headed out by Kompany and it drops to RONDONNNNNNN, Villa hit a second goal in the space of THREE MINUTES and this goal was just as good as Ryan Gauld's as Rondon took it on the volley from all of 25 yards out and Villa take control of the match. 2-0 VILLA

16th Minute: Aston Villa are on the attack again now Man City are all sixes and sevens as De Bruyne picks it up on the half way line and skins Fernandes, Verratti and Correa. He shoots! Just wide by the midfielder.

19th Minute: Trutz gives a free kick after Alderwiereld slid in on Correa. There is five in the wall for Villa as Aguero looks like he is going to shoot........... HE HITS THE POST! Leno was beaten but it hit the post and Stones hooks it clear. 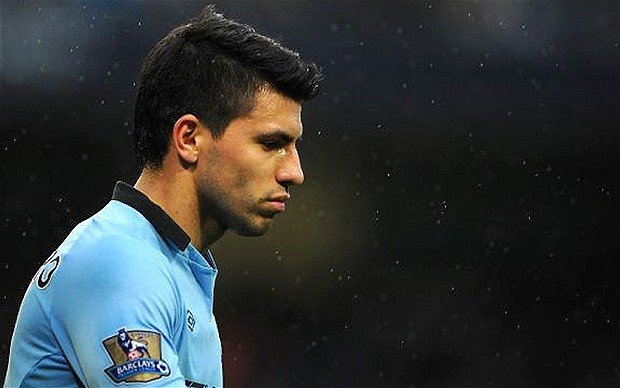 27th Minute: Grealish fouled, as Hughes plays the free kick quick to Gauld, who unleashes a shot again.......... GREAT SAVE! Hart gets down to his left well to keep City in the match.

32nd Minute: Verratti finds Bernat well, he skips pat Sterling and Chambers, Great cross but no one is there and the City players are turning on each other now!

40th Minute: Gruezo on the ball now, he goes past Hughes and Stones. He comes into the box.......................... Surely a penalty! It has not been given! That is a shocking decision and the Man City players are surrounding the referee but he is not moving! Villa survive 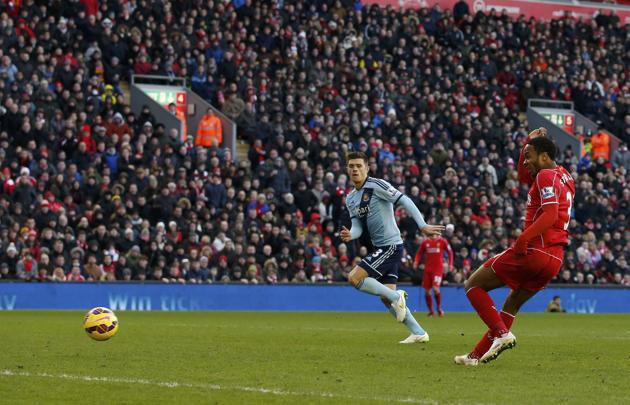 43rd Minute: Sterling angles the ball cross field and that was an amazing pass to the chest of Sterling................ OH WOW HE HIT THE BAR, That was an insane effort! He saw Hart off his line but Man City get away with it as the half time whistle goes.
Login to Quote