ERNESTO VALVERDE STEPS DOWN FROM ATHLETIC 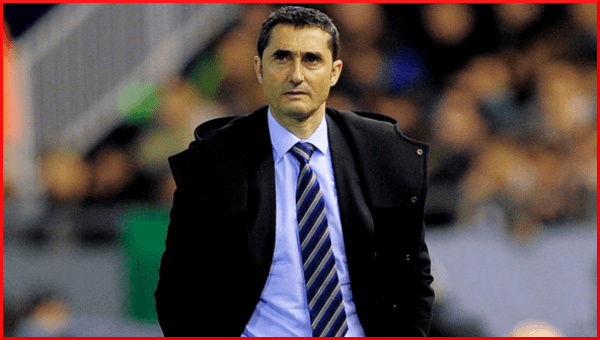 Today news has come from Spain that Athletic Biblao manager, Ernesto Valverde, has stepped down from his job at the San Mamés Stadium. This has came about after an apparent falling out with current club President Jose Urrutia over wages. Ernesto has only lasted one season, after being announced as Head Coach in June 2013.

Reports of arguments and quarrels over wage issues had leaked into the media around a week ago when Ernesto's request for a pay rise was rejected. Ernesto went to the press with his discontent and was gave a formal warning by Jose Urrutia. This was clearly not the end of the story as Ernesto spoke with frustration over Jose's decisions and is quite clearly at ease with his resignation.

"I am perfectly sure that my actions are correct," stated Ernesto as he spoke about his decision to step down. "My irritation with the board and president has pushed me towards a decision I feel is best for everyone. I want to move on with my career and forget about this. Wherever I go next I hope I will be more valued."

Short Stint at Athletic
This spells the end of Ernesto's one season stint at Athletic, a season in which he has guided the club to a Champions League spot. Ernesto joined on the back of club legend Fernando Llorente's move to Juventus, a move of which left a sour taste in the mouths of most Bilbao fans. Ernesto managed to sign four players in his time at the club including midfielder Beñat from Real Betis and striker Kike Sola from Osasuna.

Life Without Herrera
One of Ernesto's last moves as Athletic head coach was the sale of Ander Herrera to Louis Van Gaal's Manchester United in a £28m deal. The new manager will have to try and bring in a replacement for Ander, however it's not going to be easy to find a player of his quality that they can pick up.

Who will pick up from where Valverde left off?
There are a lot of high-profile names in contention to replace Ernesto, however there are plenty of lower reputation managers that would love a chance to prove their worth at a club such as Bilbao. The new Head Coach will have to put up with their strict basque-only rule and help Athletic reach former glory...

mgriffin2012
7 years
Good luck, had a brilliant career with Bilbao on FM14, so all the best
1
Login to Quote

Tallery
7 years
Great first update, as Neal quite rightly said, the layout is soo darn good. I would love to do a save with Bilbao, but the Basque rule just annoys the hell out of me! 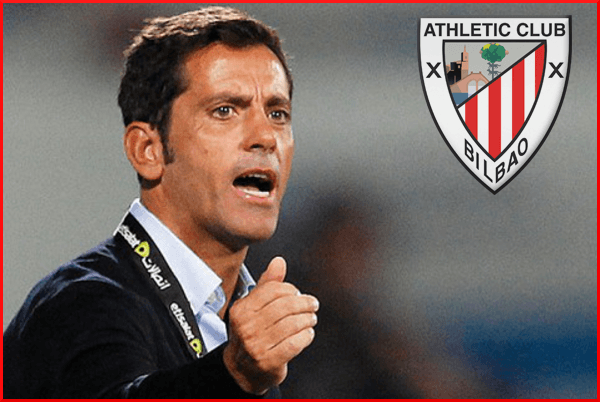 Quique Flores is set to make his return to Spanish football after being announced the new Athletic Bilbao head coach. This job opportunity arose after the resignation of previous head coach Ernesto Valverde following a fall-out with the board. Flores will be looking forward to his return to Spain after a reigns at Getafe, Valencia and Atlético Madrid.

Current club President, Jose Urrutia, has been quick to announce the man to take the vacant Head Coach spot at San Mamés. Quique Flores is a surprise appointment, however there is an air of optimism around Bilbao. Flores had managed three teams in Spain before so he certainly knows the league. He has spoke passionately about his return to Spain and La Liga, stating that he wants to put his name on a historic club.

"Bilbao are a fantastic club and I can't wait to go back to Spain," opened Flores at his unveiling. "As soon as Jose rang me I knew that I wanted the job. I want to come back and make my mark on this club, they have a lot of history and I want to bring glory back to them. I believe in my ability and that off my players, together we can achieve greatness."

Playing Career
Quique Flores played 272 games at right-back for Valencia and represented the Spanish national team on 15 occasions, including being selected for the 1990 World Cup in Italy. After Valencia Flores moved on to Real Madrid in 1994 where he helped the 'Galácticos' secure a La Liga title. A brief spell at Real Zaragoza followed before he officially retired in 1997 and took up management.

Stepping up into Management
Flores started his managerial career by managing Real Madrid youth teams in the lower leagues, of where he began to win plaudits for his managerial style. After 3 seasons at Real he moved across Madrid to manage newly promoted Getafe. Flores managed to guide the club to a good mid-table position in his first season and consolidated their place in La Liga.

Return to Valencia
In 2005, Flores was handed the opportunity return to former club Valencia. In his first season he managed to help the club finish Third and qualify for the next seasons UEFA Champions League, of which they managed to reach the Quarter-Finals after being knocked out by eventual runners-up Chelsea. In the next season he managed to qualify for the Champions League for a second year, however this time the Catalan club finished 4th.

Benfica and Atletico
On 29 October 2007, Valencia sacked Flores after a string of average results. Seven months later he was appointed head coach at Benfica. Flores only had one season as head coach at the Estádio da Luz and managed to win the Taça da Liga and finished 3rd in the league. After terminating his contract Flores moved on to Atlético Madrid in 2009. He lead the team to a slightly disappointing ninth place finish, however he managed to guide the team to Europa League victory with a 2-1 win over Fulham in the final and came runners-up in the Copa del Rey. After clashes with star man Diego Forlan, he decided to depart the Vicente Calderón in 2011.

Asian Adventure
Flores was named head coach at Al Ahli in the UAE Pro-League the next season and guided the team to win the Emirates Cup in 2012 and the President's Cup in 2013 before moving to Al Ain. Flores won the President's Cup for the second time in his career earlier this year before he was fired after poor results.

Tallery
7 years
Very cool, very swag, I like it!

Zap
7 years
Neal - Means a lot from you, Thanks!!
Denzy - I relish the challenge.
Mgriffen - I'm hoping mine will be succesfull aswell!
Tallery - Oh Tall, I'm sure you would do great at Athletic and thanks!
Tallery (again) - Very swag indeed.
Aaron - Thanks, hope you enjoy!
Jonte - I am hoping it will be, cheers!
Iconic - He already is tbh, hoping I can develop him into something special though!
Login to Quote

No1VillaFan
7 years
Your writing for me is the most improved on this site! I can not wait for this story to unfold and I will be following
1
Login to Quote 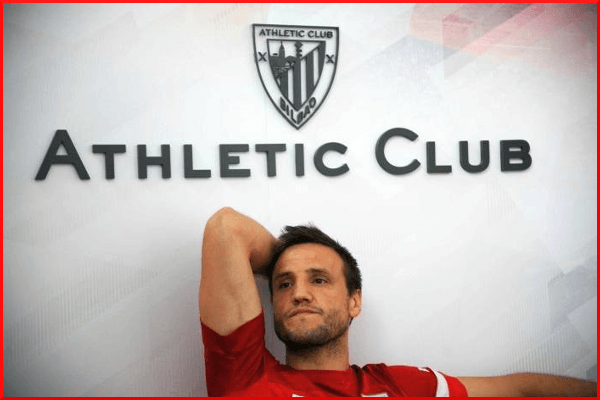 A week after the appointment off new head coach Quique Flores, Athletic captain and defensive hard-man Carlos Gurpegi has spoke about positive changes that the Flores has brought to Bilbao.

Interview: Welcome Carlos Gurpegi, thank you for joining me today.

Gurpegi: No problem my friend.

Interviewer: Following the appointment of new Quique Flores, what sort of changes have you noticed in training?

Gurpegi: Well straight away the intensity was increased. Quique works us a lot harder than Ernesto did, and I think the lads certainly agree with that. Every training session since Quique took over I have came out and fell asleep almost the moment I get home. I've seen some younger players moan about the workload that Quique throws upon them, however I think that once they get used to it then it won't be so hard.

Interviewer: So do you agree with the increase of workload that the new Head Coach has brought in or did you prefer the Ernesto style?

Gurpegi: I think that the increase of intensity in training can only help us. As I said I for one come out of every training session feeling like I've put everything into that day's session and with that in mind it always feels like I have slightly improved and that I can go harder the next day. It's not only with the intensity but the style of training, we're not just playing a lot of football against each other anymore, it's a lot more based on possession and movement.

Interviewer: So with the new style of training along with the increase of workload, do you think that Quique can get the best out of his players?

Gurpegi: I myself like to give everything towards the team and that has never changed. Others I know sometimes slack and that is something I can see Quique jumping onto straight away. He keeps telling players to push themselves further and under his guidance there won't be room for anyone that does not give 120% every game.

Interviewer: Thanks Carlos, good luck for the season.

It's always more interesting when the captain hates the manager...
1
Login to Quote

can't wait for the season
Login to Quote