shylax
6 years
That's unfortunate, although I know firsthand how stressful writing a story can be. I'm glad you beat Liverpool, they suck.
Login to Quote

Zap
6 years
...or maybe not
Login to Quote

tenthreeleader
6 years
Sorry to see you hanging up your pen, this was very nice work. Just don't rule out writing completely -- you never know when the story bug is going to bite! Best wishes
Login to Quote 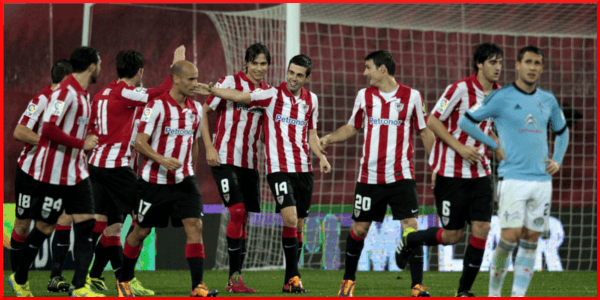 March has came around and the last games are edging closer. Last month saw some very poor displays from Bilbao, however their fans will be feeling a lot more confident after this month.

After a poor run of form the last team you want to be facing are a giant such as Real. The reverse fixture at the Santiago Bernanbeu ended in a three nil defeat, but the Basque lads put on a much better performance and gave Real a run for their money. The game started with Real pushing pressure onto Bilbao, as you would expect, however the home side kept resolute and strong until the second-half when it took a touch of genious from Isco to open the scoring. Kroos found Isco in a small amount of space outside the box and Isco curled the ball around Kepa Arrizabalaga and into the top of the net. The home side, knowing now that they needed to push out more, did so very well and ten minutes later had an equaliser. Iker Muniain drifted past his marker and into the box before slipping the ball underneath the onrushing keeper. Quique Flores was open before the game about knowing that 1 point would be good this game and his team, quite expectidly, ended up sitting back as they tried to pass the game away. This did not work. Pressure from Real was too strong for Bilbao to hold back and James Rodriguez managed to find his way past the defence and grabbed the winner for Real.
CELTA 3-3 ATHLETIC
DE MARCOS, MUNIAIN, SUSAETA

Following on from the Real game was a hugely entertaining second-half at Balaidos in Vigo. The first-half started with pressure from Athletic and withing the first ten minutes Oscar De Marcos managed to tuck away a chance and put his side one up. Nothing much else happened until late in the second-half and the game exploded into life. Bilbao fell asleep and Celta found two goals in two minutes through Sergi Gomez and Joaquin Larrivey and suddenly they were ahead, this didn't last for long. Iker Muniain and Markel Susaeta stepped up to score two in three minutes for Athletic to regain the lead. However, they couldn't keep it. Nolito stepped up in injury time to deny the away side a dramatic win.

It was Athletic's turn to leave it late this time as they snatched their first victory since Anfield at home to Almeria. The home side had the chance to take the lead early on when Iker Muniain took a tumble inside the box to grab his side a penalty, Athletic had been on top and it was no surprise when Andoni Iraola stepped up and nestled the ball comfortably inside the left corner. Tomer Hemed equalised for Almeria early in the second-half with a massively deflected effort, his volley smashing off Ander Iturraspe's tralining leg and looping over Kepa. Late into the game Iker Muniain once again came charging into the box, however this time he managed to break through and he rounded the keeper before poking the ball into an empty net. Bilbao sealed the win soon after when Ibai Gomez curled him a stunning shot from outside the box into the top left corner. 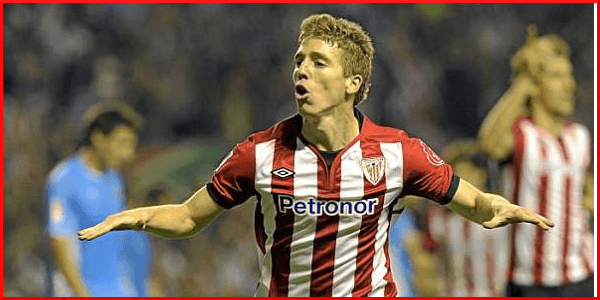 Iker Muniain has once again shown off his great talent this month. He puts dread into the mind of any full-back he comes up against.
Login to Quote

InvertedWingbacks
6 years
another excellent update: welcome back!
Login to Quote