Feliks
7 years
Love this layout, good luck against the Reds!
Login to Quote

InvertedWingbacks
7 years
Tough draw there bbz, but I reckon you've got what it takes to get through and continue in the Champions league!
Login to Quote

Zap
7 years
Jack: Thanks mate! And, to be honest, it was a bit easier than I thought it would be

Feliks: Thanks!
InfraRed: Tough but thank you for believing in me

Tallery
7 years
Liverpool shall be easy, no doubt. They're a pile of trash these days

GetScoutReport
7 years
I have just started a Athletic Bilbao series on my Youtube channel! Check it out https://www.youtube.com/watch?v=xL-GZ7hXO7E
Login to Quote

Zap
7 years
Tall: I hope you're right!
GSR: Nice series so far, hopefully we can both take Bilbao to world glory!
Login to Quote

Hey guys, I would like to apologise for not updating for the past couple of weeks. I will be starting to update again soon, however it may not be as much as I would like to as I have just started work. I am as motivated to update as I was when I started this story back in December. I am incredibly humbled by the support I have been getting for this and I am delighted that I am very close to 10,000 views. As long as there is interest then I will continue to be motivated and inspired to update as much as I possibly can. I want to thank everyone who reads this story for my SoTM nomination, it means so much thank you guys!!
Login to Quote

Tallery
7 years
Its well deserved mate, this is proving to be one of the best FM15 stories 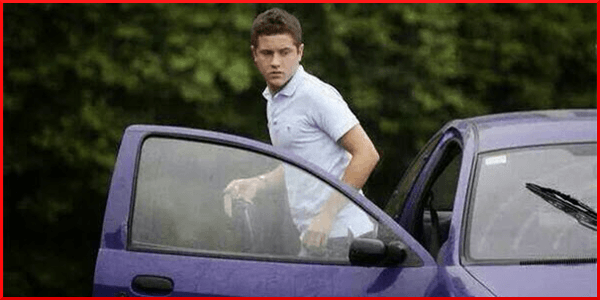 Mirthless Manchester United midfielder Ander Herrera was spotted leaving Athletic's training ground yesterday with the Spaniard edging ever closer to a move back to the Basque club. Discontent at the English club has sparked interest with Bilbao coach Quique Flores as he plans to bring back Ander to the club only recent left.

It was only a few weeks back that rumours started circulating around Ander and the rumours have accelerated with the midfielder spotted leaving the Athletic training ground late last night. There has been no news from either clubs over the deal since the deal was initially rumoured, however the Spaniard has seen a slight amount more game-time and it is quite clear that United manager Louis Van Gaal wants to keep Ander in Manchester.

Herrera will not be a popular man in Manchester with his travel back to northern Spain as the United fans, who have already been unhappy with the 25 year-old, will have another stone to throw at him with many already hitting social media to tell him what they think about this. Despite all the uproar, United and Spanish team-mate Juan Mata has came out on twitter to defend his friend and too have a go back at those who are sending him abuse. "Ander is a great guy, he does not mean to upset anyone," Tweeted the former Chelsea man. "he is in a tough place right now and what he does not need is people getting on his back!"

Zap
7 years
Tallery: Thanks man! Not a patch on Valencia though

RoyRace
7 years
Ander is a saint. He'd never do such a thing!

Great story. Just read it all in one. Great layout, and Bilbao is always a tough challenge! Keep it up!
Login to Quote

TheTacticalApproach
7 years
Congratulations on the 10003 views! Great update, great layout.. I'm basically in love with your story!
Login to Quote

Zap
7 years
RoyRace: Ander is also a superb footballer being neglected by LVG. Thanks for the kind words!
TacticalApproach: And I'm basically in love with you for your support!
Login to Quote

Tallery
7 years
He would be an amazing addition, really would.
Login to Quote