AC Milan have announced that six players have agreed to extend their contracts with the club. Milan were fantastic last campaign, and they will be hoping to continue this into next season, and they are delighted that the players from last season will be staying at the club. AC Milan manager Oliver Grocott stated that he wanted to get contract negotiations done before the start of the new season, so that nothing would disrupt the players while the season was underway.

Christian Abbiati has agreed a two year contract extension with the club. Abbiati has been a loyal servant to Milan having been at the club since 1998, after signing from Serie B side Monza for 525k Abbiati played 14 games for Milan last season, and conceded 10 goals. Abbiati is delighted to have signed a new deal with the club, and has expressed his desire to finish his career at the club. 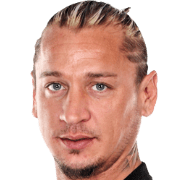 Philippe Mexes has agreed a two year contract extension. Mexes joined the club in 2011 on a free transfer from Serie A side AS Roma, and he has gone on to make 91 appearances for the club, scoring 5 goals. Mexes was pleased to be able to continue his career with the club, after helping guide the club to the Serie A title last season. Mexes was in fine form for the club last season ending the season with a 7.08 average rating.

Ignazio Abate has signed a new three year deal with the club. Abate started his career with Milan and made his debut in 2004. Abate has gone on to make 154 appearances for the club, scoring 2 goals. Abate is delighted to see the club back playing in the champions league, where Abate was able to make his debut for the club at the age of 17. Abate was in excellent form last season ending the season with a 7.20 average rating.

Jeremy Menez has signed a new 5 year deal with the club. Menez joined the club last season, on a free transfer from French side Paris Saint-Germain. Menez went on to make 27 appearances, scoring 6 goals and 7 assists. Menez was delighted to see Milan win the Serie A title in his first season with the club, and he is hoping to win more trophies with the club. Menez finished the season with a 7.05 average rating. 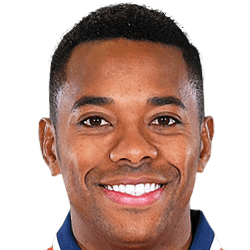 Robinho has a agreed a new three year deal with the club. Robinho who spent time on loan at Santos last season, joined Milan in 2010 for 15.5 million Euros from English side Manchester City. Robinho was in good form for Santos last season after making 50 appearances and scoring 21 goals. AC Milan manager Oliver Grocott is pleased with how Robinho performed while at Santos, and is pleased that the player has agreed to stay at the club.


Manager's Thoughts:
I'm delighted we were able to get these contract's sorted before the start of the season, as i feel it takes a lot of pressure of the players and the club. I'm please for the players that have agreed new contracts with the club, as they have been fantastic and the thoroughly deserve the contracts they have signed. I'm really looking forward to the start of the season, and i hope we can start like the way we did last season.

OllieGrocott
7 years
Hi. I apologize that this story came to an abrupt end, unfortunately the laptop i was using at the time decided to break and i didn't really have the time to go out and purchase a new one due to college and my work schedule. I have finally managed to pick up a new laptop and will be starting my new save tomorrow. Once again apologies for the way that this story ended but i'll definitely be starting my new save tomorrow.

Welshy
7 years
I look forward to it, seemed a great story!
Login to Quote

You are reading "AC Milan - The Revival".