craigemb_u redzz
7 years
Okay, I've never done this before I can't promise it'll last long because I do get bored easily. It probably won't even be that entertaining but here goes!

So, here I am. A former England International with 50 caps to my name, years of Premier League experience and I end up here. Solihull Moors, the only club interested in me. They'll have to do I suppose. Who knows? I may enjoy my time there...
Login to Quote

craigemb_u redzz
7 years
Upon my arrival at the club, I found that the previous manager had already arranged five pre-season games. I felt that I may as well allow them to go ahead rather than rearranging fixtures.
After all five fixtures we picked up only one win, although it was an impressive result against higher division opponents.

Upon first glance that didn't look like a very good set of results, I was also struggling to find players to bolster my squad, as whenever I managed to find a player worth signing, he was tempted to another club with more cash.
I did make some signings though, they were: 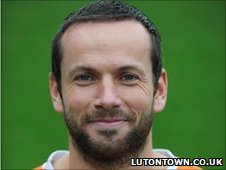 Fred Murray, a left-back with huge amounts of experience at this level.
http://www.sportnw.co.uk/wp-content/uploads/2012/09/Marc-Joseph1.jpg
Marc Joseph, another defender who adds experience and depth to the side.
http://beatsandrhymesfc.com/wp-content/uploads/2011/10/mannypanther2.jpg
Manny Panther, signed because his name is pretty damn cool, and he is also a solid central midfielder.
http://i.telegraph.co.uk/multimedia/archive/02150/foot_2150358b.jpg
Mark McCammon, a big centre forward who will hopefully help out the smaller strikers get the goals flowing.
http://i3.getwestlondon.co.uk/incoming/article5947834.ece/alternates/s2197/louis-wells-image-2-889262841.jpg
Louis Wells, a goalkeeper brought in to give competition to the other first team keeper I already have.
Login to Quote

You are reading "The Moors, a new force of Birmingham?".