Don't want to ruin his career by restricting him as backup to JWP and/or Hendo for the rest of his life! 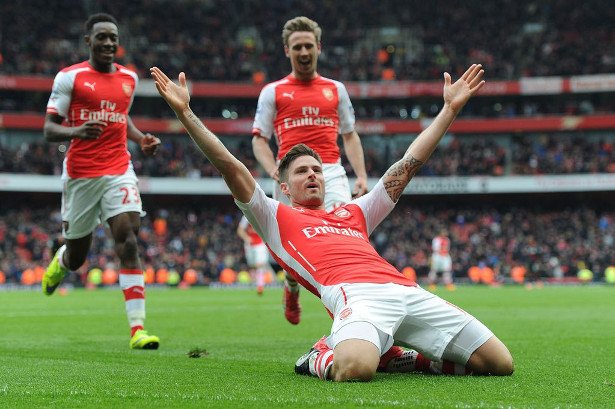 Liverpool were brought crashing back down to earth today in their first defeat of the 2021/22 season, a 3-2 loss against Arsenal.

The Gunners, the only club in the history of the Premier League to finish a season undefeated, ended their opponents' Invincible dreams through goals from Son Heung-Min and Lorenzo Insigne.

Liverpool dominated possession from start to finish and just 9 minutes following kickoff, Pavel Savitskiy netted his side's opener, only for South Korean forward Son to cancel it out soon after.

Savitskiy's second goal saw Liverpool take the lead again, but it was only for a minute as Arsenal once more found a response through Son who made it 2-2 before half-time.

A second yellow card for holding midfielder Lucas Romero in the 44th minute left Liverpool's defense wide open, but the opposing side were soon reduced to 10 men themselves when Bruno Zuculini earned himself an early shower for a nasty challenge on Philippe Coutinho.

However, in the end it was Arsenal skipper Insigne who found the winner, beating Jeronimo Rulli with a well-placed finish after being played into the box by Aaron Ramsey. 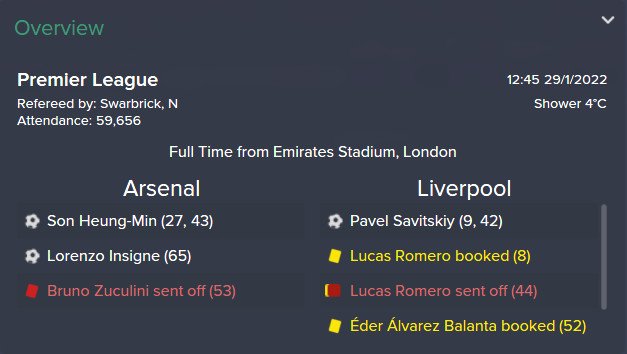 Wojciech Szczesny was tested time and time again, in particular by the excellent Coutinho and goal-hungry Richairo Zivkovic, but held firm to deny Liverpool apart from Savitskiy's impressive brace.

Not much can be said about Calum Chambers, who had an utterly miserable afternoon attempting to contain Savitskiy, but the rest of Arsenal's back four performed impeccably to restrict the opposing attackers as much as they could, in particular Aleksander Dragovic, who has transformed into his side's Mr Reliable over the years.

On the other end of the pitch, Samuel Umtiti had an uncharacteristically terrible game, as he struggled against a front two of Insigne and Son. Tonny Trindade de Vilhena, meanwhile, continued his burgeoning reputation, nicking one assist and doing a superb job of being an offensive menace.

Raheem Sterling, usually one of Liverpool's most creative threats, was so ineffective down the right that Brendan Rodgers made the decision to replace the England international with Mario Balotelli for the second half. Brazilian boy wonder Israel was also threw on shortly after Insigne's breakthrough, but a point could not be salvaged. 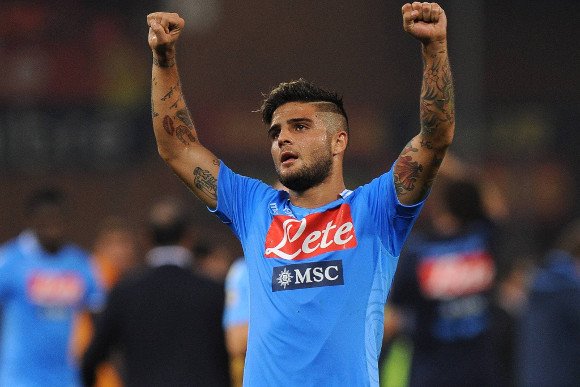 
"I thought the lads played brilliantly," said match winner Insigne, after the game. "Liverpool are a very good team and they were hard to play against as usual but we fully deserved the win.

"We have a talented group of players here and we've proved that today. It's going to help us a lot in pushing for that Champions League spot. We're still not quite there yet, but if games like these keep happening, 4th place is a very achievable target."

Rodgers was naturally disappointed, although the Northern Irish boss still attempted to portray the result in a positive light in his post-match meeting with the media.

"It's obviously not a great result for us but I think there were many positives from today's game. We weren't very good defensively but there were some outstanding performances.

"We have many important fixtures coming up so it's vital to move on from this and perhaps ensure that this is the only loss we suffer for the entire season."

Liverpool contest the Merseyside derby against Everton next week. Other matches include a first leg Champions League First Round away at Internazionale, a Capital One Cup Final against Stoke City, as well as another two away games against Chelsea in the Premier League and the Fifth Round of the FA Cup.
Login to Quote

That's a bit mean ain't it

Very! Was convinced we could go the entire season without a loss... guess some things aren't meant to be!
Login to Quote

Brendan Rodgers chose not to invest in new players this month, and instead sanctioned the sales of two midfielders. Gustavo Cuello leaves Anfield for the second time in his short career to play for CSKA Moscow in Russia, while local lad Conor Skinner packs his bags for fellow Premier League club Brentford. 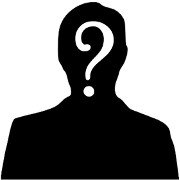 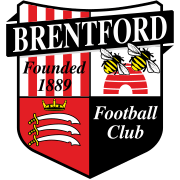 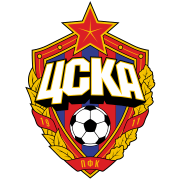 Jer
6 years
Milking the departures list on your update huh

You know me...
Login to Quote

TayBAFC
6 years
Doesn't look like you really needed to invest in new players so wise decision!
1
Login to Quote 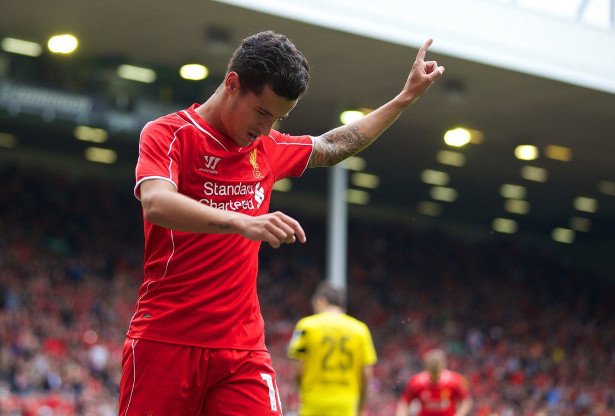 The passing of two transfer windows has led to Philippe Coutinho pledging his continued allegiance to Liverpool, despite informing Brendan Rodgers of his desire to leave the club last summer.

Since his arrival on Merseyside in 2013, Coutinho has played in over 250 games, cementing his place in Liverpool history after helping the club to no less than 28 trophies.

However, he has found himself on the fringes of the first team squad since last season with Rodgers preferring Ernie Sharp and Alejandro Moreyra in his number 10 role. The Brazilian finished the previous season with just 17 appearances in the Premier League. This season, he has not been on the starting eleven for even a single Premier League fixture.

But Coutinho is slowly but surely fighting his way back into his manager's thoughts, after a red hot streak of form in Liverpool's cup competitions.

Most recently, the 29-year-old's marvelous displays against Hull City in the Semi Finals of the Capital One Cup propelled his side to a dominating aggregate score of 12-0. 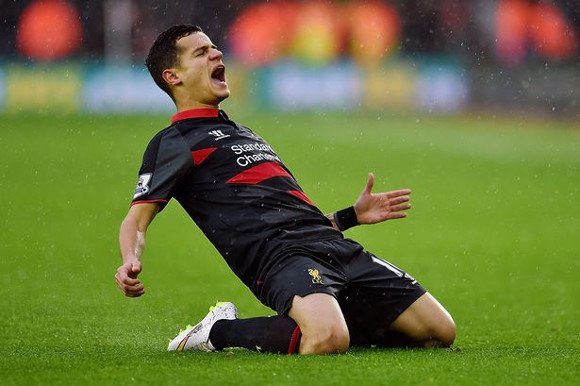 
In response, interest from Arsenal and Barcelona has been rebuffed with Rodgers finally convinced that the long-serving Kop favorite has a place in his glamorous squad.

And by the end of the January transfer window, Coutinho has publicly confirmed that he will be staying at Anfield after being assured that he will play a much bigger part for the club's second half of the season.

"I enjoy playing for Liverpool so I'm very glad to be able to say I will be remaining here for the time being," the Brazil international told Liverpoolfc.com. "I'm playing for the best club in the world and if I had a choice I wouldn't want to ever move at all.

"Obviously as a lot of people know I've been having trouble getting into the team lately but I'd like to think I've done enough to fight my way back in.

"Me and the manager, we have spoken a lot and talked about my future at the club and we both agree that my Liverpool career isn't over yet, at least not for now."

The news will bring joy to many Liverpool fans, with Coutinho considered to be one of the best footballers to ever represent the Reds in the modern era.

Following the departures of Conor Skinner and Gustavo Cuello in January, Liverpool's midfield options have thinned, which means that the former Internazionale man can expect Rodgers to be as good as his word about more playing time.

It is now expected that Coutinho will at least see out his current £170k per week contract, which runs until 2024.
Login to Quote

Tallery
6 years
Good move, he is still a good player!
1
Login to Quote

Jer
6 years
Fantastic to see the little Magician staying at the club!
1
Login to Quote

InvertedWingbacks
6 years
awwww! Coutinho is bae! i'm glad he's worked his way back into your plans