Newcastle Hold Out For a Draw

http://sport.bt.com/images/will-newcastles-remy-cabella-make-as-many-waves-as-his-hair-136392782198903901-140819161847.jpg
Rickie Lambert played the part of super-sub for Liverpool as The Reds came from behind to claim a draw against Newcastle on a mild summer's evening at St. James' Park.

Things did not get off to a good start for Liverpool as advanced forward Facundo Ferreya seized on an error made by Lucas Leiva to score a placed shot. Wing back Daryl Janmaat then had a moment he will quickly want to forget about in the 20th minute when he contrived to score an unfortunate own goal after the ball struck his leg due to a shot from Jordan Henderson.

Alan Pardew: My lads did really well to get in front with the goals and dominate their defence. Liverpool played well to overcome us and I have great respect for their talent and the legend that is Robbie Fowler, but I believe that my lads had the upper hand on them today.
Login to Quote 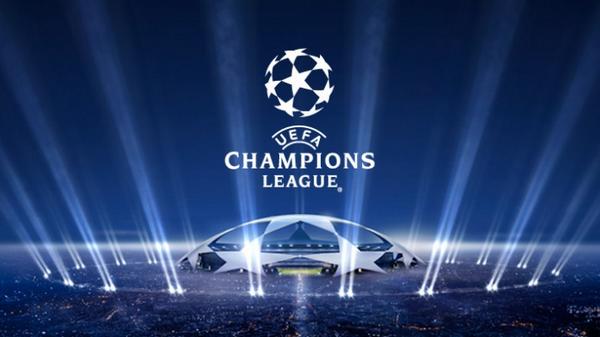 After a 3-0 loss to Zenit St. Petersburg in their first match of the group, Barclays Premier League runners-up Liverpool now travel to Camp Nou to take on Barcelona, the current leaders of their group.

Liverpool suffered a terrible defeat against Zenit St. Petersburg on the 16th September 2014, with goals from Victor Faizulin, Alexandr Kerzhakov and Hulk knocked Liverpool back down from the clouds and into reality, after they were in dreamland due to their excellent results in the Barclays Premier League. Now, Liverpool travel to Cam Nou to take on Barcelona, the current leaders of the group after they beat Sparta Prague 3-1.

Liverpool go into the game with every chance of walking away with something against alight favourites Barcelona, according to Sky Bet. They could also take a big step into qualifying for the next round if they secure a win against Barcelona at Camp Nou and other results go their way.

The game will take place on Wednesday 1st October 2014 at 19:45 at Camp Nou for the admission fee of £56. However, there will be live coverage of the game over on BT Sport.
Login to Quote

Aaron
7 years
Gunna be a tough match! All the best mate!
1
Login to Quote


AaronHJFT96 - Thanks mate! Gonna try out a new tactic, but honestly, Neymar and Messi are gonna murder me, lol. 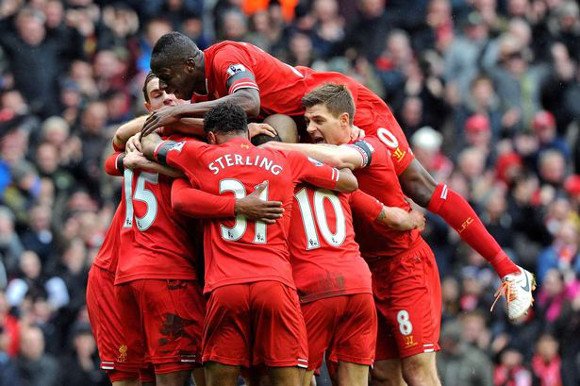 Barcelona featured a number of exceptionally quick players but were unable to use them to full effect on a mild autumnal evening at Camp Nou.

Commanding centre-back Mamadou Sakho gave Liverpool the lead with a close-range finish which was timed impeccably in the 17th minute. Flamboyant striker Mario Balotelli then doubled Liverpool's lead with a nice effort from 11 metres on 19 minutes.

Sakho then added his second goal of the game with a freak goal in the 45th minute. Balotelli thne added his second goal of the game with a cleanly struck effort from close range to goal on 48 minutes. Brazil captain Neymar pulled one back for Barcelona after 56 minutes with an accurate finish. Ball-playing defender Gerard Pique then summed up his team's performance by nearly gifting Liverpool another goal on 76 minutes.
Starting XI
Asmir Begovic
Jon Flanagan
Martin Skrtel
Mamadou Sakho (sub 81)
Alberto Moreno
Jordan Henderson
Steven Gerrard
Joe Allen
Adam Lallana (sub 77)
Raheem Sterling (sub 64)
Mario Balotelli
Substitutes
Simon Mignolet
Glen Johnson
Philippe Coutinho (on 77)
Daniel Sturridge
Dejan Lovren (on 81)
Lazar Markovic (on 64)
Rickie Lambert
MOTM - Mamadou Sakho - The central defender's timing of the challenge was very much evident in this impressive display.
Post-Match Manager Comments
Robbie Fowler: I'm absolutely ecstatic. To beat a team like Barcelona is a great for confidence and team-building. To let my team play against players like Lionel Messi and Neymar, it helps them sharpen their teamwork and their actual playing skills, and I am delighted to be the manager that helped them further their careers.

Luis Enrique could not be reached to comment at this time.
Login to Quote

http://www.girls-ly.com/vb/storeimg/img_girls-ly1392537857_511.jpg
League runners-up Liverpool's home advantage gives them the edge in what should be a close encounter against current FA Cup holders Arsenal, according to Sky Bet.

Liverpool favourite Sami Hyypia has singled out Complete Forward Danny Welbeck as the Arsenal player to watch out for in the upcoming game, according to sportinglife.com. Hyypia, who now manages Sky Bet Championship outfit Brighton and Hove Albion, declared that The Reds should get something out of this game provided that they put the shackles on Arsenal's main attacking threat. The Ex-Man United player, who arrived at the Emirates Stadium in July for £16M, has already expressed his determination to do well for his club and impress manager Arsene Wenger.

http://i.telegraph.co.uk/multimedia/archive/03022/super-mario_3022577b.jpg
Arsenal featured a number of exceptionally quick players but were unable to use them to full effect on a wet afternoon at Anfield.

Arsene Wenger: Well, I believe that we were very poor tonight. We barely had any shots on target throughout the match and we barely broke through their defence, and we were not physically and mentally on par with the opposition.
Login to Quote

Schmelzer to leave in January?

http://www.bvb.de/var/ezdemo_site/storage/images/media/bilder/galeriebilder/schmelzer2/1005995-1-ger-DE/Schmelzer_bvbnachrichtenbild_regular.jpg
Despite only joining the team in the summer, German left-back Marcel Schmelzer has found it hard to jump into the first-team, finding only limited appearances within the squad during the time he has spent at Anfield.

Schmelzer joined Liverpool from Bundesliga side Borussia Dortmund for a fee of £7 million pounds in the summer transfer window, but suffered a training injury shortly after he arrived in Merseyside that caused him to miss the rest of pre-season and the start of the Barclays Premier League. Struggling for fitness is a big issue for many players in the top division, who have jam-packed schedules, and it makes it harder for them to break into the first team when they suffer injuries in training or in the middle of matches.

Due to his injuries, Liverpool have been forced to rely on Alberto Moreno and young starlet Jn Flanagan to fill the role that Schmelzer has left empty, and the two of them have immediately clicked into the role and are continuing to make it their home, causing further annoyance and struggle for Schmelzer.

With rumours floating around with his discontent at his role in the club, he has been touted to return to the Bundesliga in January, with three teams already supposedly interested in making Marcel their new signing.
Login to Quote

Jer
7 years
Told ya'. Nice to pick up a draw away to Barca, that point could mean everything (as you know it cost LFC in the Group Stages this year).
1
Login to Quote

Starlord
7 years
X-gam3r - Thanks for the feedback, it was a good result that pushed us higher into the lead.

Jamesg237
7 years
Oooo I prefer the layout of fixture results as I do find the summaries difficult to follow and to determine who has actually won the game. I would love to see this approach with summaries provided alongside. Regardless, this is a great story to follow. Keep it up.
1
Login to Quote

You are reading "Liverpool - The Reds Project".