What Is Challenge Weekly?

'Challenge Weekly' is a interactive forum for fun where football manager fans may test there abilities against eachother by all competing with the same team and trying to rack up as many points as possible. Each week a new team will be given with a points list to show what points are avaliable in this challenge. Essentially the saves are only 1 season but if you really enjoyed it then there is no reason why you can't carry it on behind closed doors. The challenge also helps players delve into diffrent Nations and Continents to test there managerial abilities with clubs far and wide. You will have 1 week to complete the season and in some cases you may request a 2 day extension to your season if your lagging behind. Teams will be given out every saturday but the first one I will give early (Thursday, 19th, March). At the end of the week on a friday and saturday you are too post your season results and other screenshots so I can add up the points tally there will be a leader board and the winner may even recieve a small prize come the end of the Football Manager 2015 era. I wish all competators good luck and the first challenge will be up shortly.

NOTE: To join the competition comment saying 'I'm In'
2

InvertedWingbacks
7 years
All about this!
Login to Quote 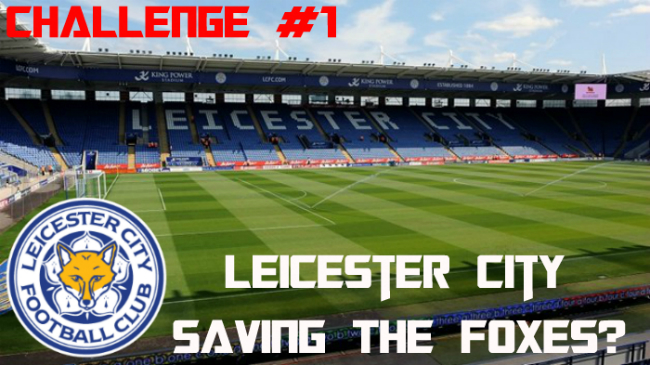 Challenge Time: Okay so you're first challenge is here and its not an any ways an easy one. Leicester City who have just been promoted to the Premier League have bolstered there championship team with some big names to bolster there chances of survival. You will be given a minimum of £2,000,000 transfer budget and £31,000 per week on wages if you choose to avoid relegation all though you budgets can be increased if you choose higher targets. Will you be able to keep Leicester in the premier league? or will you fall and get the sack? It's all up to you in this tense first challenge.

kino4city
7 years
Just a suggestion but maybe you should in future upload a save game file, for us all to start from, so that everyone is using the exact same db etc.
Login to Quote

Icarus
7 years
Make sure you have them post a screenshot of their game info, showing how many times they've saved their file toddzy lol.
Login to Quote

if there is anything else what needs screenshoting. let me know on here thanks mate
Login to Quote

Ste262.. Cheers man, yoou are the first in, you had a good season there the next challenge will be up at 7pm on Monday 30th, good luck and a leaderboard will be posted soon 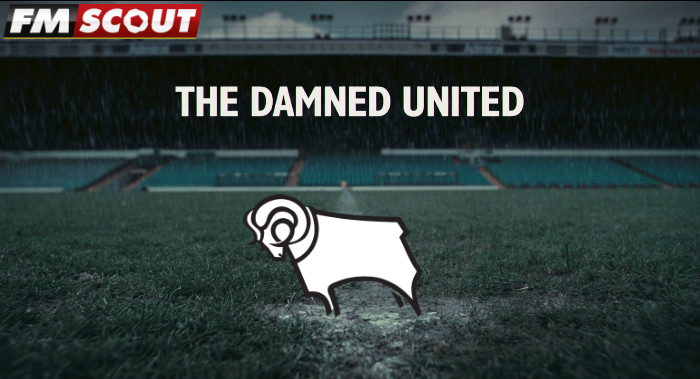 Derby County Football Club, the name echo's throughout history as a forgoten giant of the football world. Derby who where one of the founding members of the football league have found themselves in the championship on a rebuild. Derby who were
one of the top teams in the world during the 70's under Brian Clough have fallen a long way from European Cup Football and first division titles and have found themselves rebuilding themselves in the 2nd tier of english football.

Like Brian Clough you must take Derby County to the Premier League, but there is a small twist. Brian Clough had a wide selection of players who were all home grown, you must have no more than 1 foreign player in your 18 man squad and build your dynasty on youth recruitment and buying players within the United Kingdom which include England, Ireland, Scottland,Wales & Northern Ireland. Can you take Derby to the Premier League? and if you want to further yourself then why not carry the challenge on after the 1st season and try and emulate Clough's succsess. Could you take Derby to the
Premier League Title and further there European prowess? Can you win the Champions League with them? If you have great ambition then this challenge is for you.

If you're looking for some motavation for the save or simply dont know much about Derby and Brian Clough then I have the perfect educational and motavational film for you too watch.

The Damned United is a film about how Brian Clough took Derby to Premier Division glory before moving to Leeds United where he ultimatly failed without his best friend and assistant manager Peter Tyler. If you want to watch the film then you can find it by downloading a torrent form www.kickass.to or going to Putlocker and typing in the film and watching it on the internet.

Don't FORGET! you must only sign players from the United Kingdom and have no more thanm 1 foreign player in your 18 man squad.
1
Login to Quote