Hello all. This story will follow the trials and tribulations of the managerial career of the one and only Patrick Vieira. Will hopefully have some fun times with multiple clubs. 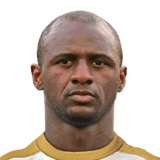 Vieira's first challenge is one that seems quite original to me, taking over Blackpool F.C. halfway through the season... whilst they are 10 points in to the relegation zone. As an ambitious young manager Vieira, of course, intends to save them. Stay tuned. Lee Clark has resigned as manager of Blackpool F.C. following a dire start to the Championship season for the Lancashire club.

Blackpool have been left without a manager following news that Lee Clark has resigned from the club after only a month and a half in charge. His resignation comes as no big surprise after suffering seven consecutive league defeats, Blackpool finding themselves with only 14 points after playing 22 games, a daunting 8 points deep in to the relegation zone.

Clark met with a journalist shortly after news of his resignation went live: "With the place I am at currently, in my personal life, all thing's considered, I don't think I can save this club from relegation. I normally do not back out of a challenge but I feel as if there is someone who can save Blackpool, and I don't think it's me. In hindsight I regret taking the job."

It is speculated that assistant manager, Alan Thompson, will take over as caretaker manager until Blackpool can find a long-term managerial candidate.
Login to Quote


Thank you mate.
Login to Quote Patrick Vieira has left his role as a coach at Manchester City to become interim at Blackpool until the end of the season, declaring that he intends to keep the club in the Championship.

Former Arsenal star, Patrick Vieira, was linked with the Newcastle United job after he resigned from the Manchester City youth set-up last week. In a surprising turn of events it has come to light that he was actually in talks with Blackpool over a short-term management deal. It has today been announced that he will take the helm of the club until the end of the season as an interim manager, facing the almost impossible challenge of beating the drop with Blackpool now 10 points below safety.

Vieira has been tasked with giving Blackpool a fighting chance in the relegation scrap. Many believe the club to be already relegated, even before the new-year, but Vieira comes with a new positive attitude: "I have come in until the end of the season to attempt to save Blackpool. It's an interesting challenge and one that I'm looking forward to. People will write us off, but I am confident in my ability as a coach and I think Blackpool have some talent so I believe we can make it."

Vieira previously found tremendous success coaching the youth teams of Manchester City, so it is not only his esteemed reputation as a French international that gives Blackpool fans hope for the remainder of the season.
Login to Quote

TheLFCFan
7 years
Interesting appointment! Does that mean you will focus on the youth?
Login to Quote


Don't know if I have much of a choice considering the situation I'm in but I will try to incorporate youth.
Login to Quote

Jer
7 years
I had a Blackpool save where I finished like 18th or something, it's hard.
Login to Quote Blackpool announced the signing of two free agents this morning, only days after the arrival of new manager Patrick Vieira, who is yet to have his managerial debut.

The first new arrival came in the form of 33 year old George McCartney. McCartney was given an 18 month contract. He arrives after being released by West Ham last season. The left-back has also played for Sunderland, gaining Premier League experience with both teams. He is renowned for his exceptional work rate and teamwork but it also known as a technically adept defender, able to put in a good tackle or header.

Christian Wilhelmsson followed soon after, the Swedish international also signing an 18 month contract. The 35 year old left Mjällby in the Swedish Allsvenskan at the end of last season as his contract expired. He has played for an array of clubs, most notably Stabæk, Al-Hilal, LA Galaxy and Anderlecht. He is most commonly seen playing as a right-winger but is capable of switching wings and playing on the left. His crossing and his dribbling technique are what define him as a player.

The duo have both enjoyed successful international careers, having 113 apps and 10 goals between them for their respective countries. Wilhelmsson represented Sweden in the 2006 world cup. Both have retired from the international front, McCartney retiring in 2010 and Wilhelmsson in 2012, both ready to focus on club football.

"These are the sort of players we need if we want to stay up this season," Vieira told press when asked about their arrival. "People may write them off due to their age, but they both have a huge amount of experience and are still very capable on the pitch. I believe that they can have a great contribution to the team and could just be a deciding factor on which league Blackpool play in next season."

The signings come as interesting change for Vieira, as he is used to coaching youth teams, as opposed to veterans.
Login to Quote

The layout is nice and it's easy to read I have to admit I have absolutely no idea who either of those players are but I'm sure they'll do good.

The layout is nice and it's easy to read I have to admit I have absolutely no idea who either of those players are but I'm sure they'll do good.

Thank you. And I'm planning for him to go to another club after Blackpool, so who knows :^).
Login to Quote

TheLFCFan
7 years
Nice update! McCartney will be good for you on the left. Never heard of the other guy but hopefully he can do a good job aswell
Login to Quote


Thanks mate. Yeah I think he will, seems solid. Other guy too! 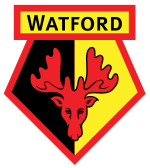 
Blackpool Player of the Month Darren O'Dea
The Irish centre-back had a very poor and underwhelming first half of the season, but has since hit very good form. O'Dea has been solid every game this month and had one or two stand-out performances, the most notable being Blackpool's 1-1 draw with Wolves, in which he carried the most responsibility in retaining a point for his club.
Login to Quote