TheLFCFan
7 years
Nice Job on keeping them up!!! Hopefully you can take this club far
Login to Quote

iRoba
7 years
Congrats ! Looking forward for the next story update
Login to Quote 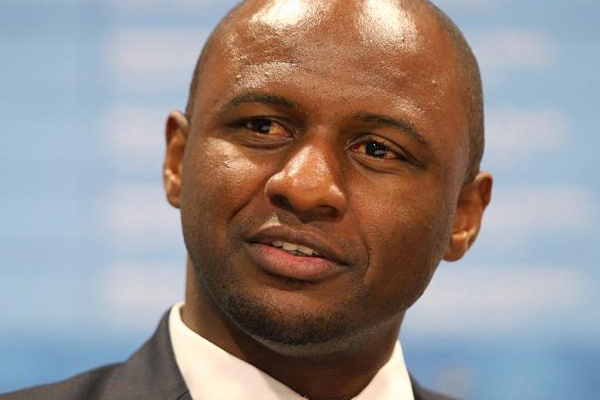 As Vieira's interim contract with Blackpool comes to an end, speculation runs rife over where the successful young coach will take his next step, bet it at Blackpool or elsewhere.

With Blackpool F.C. finishing comfortably in a safe position as the Championship comes to a close, 38 year old Patrick Vieira's future has been thrown in to doubt after it was revealed by the club's owner that there are no talks of renewal going on between the two parties.

Karl Oyston, Chairman of Blackpool, spoke about a new contract Vieira: "We spoke to him a couple of weeks ago, before Blackpool had guaranteed safety, and asked him if he wanted to renew his contract. He told us that he wanted to 'focus on the league', and that he wouldn't be speaking with any team, be it Blackpool or another, until June. There's been no development since then."

Recently relegated Queens-Park-Rangers and Burnley are on the lookout for managers, as well as last season's underperfomers, Fulham, Nottingham Forest, Watford and Norwich. The bookies have put Vieira in the running for all six of these jobs, but he is also odds-on favourite to continue on as Blackpool head coach.
Login to Quote

swanny8589
7 years
My guess is QPR
Login to Quote

Jer
7 years
Hmm, idk.. leave blackpool.. the owner is a right cunt at Blackpool, won't sell and won't give you funds. das all i'm telling you
Login to Quote Young coach Patrick Vieira has been officially named the manager of Nottingham Forest F.C. following his resignation as Blackpool manager.

This afternoon it was made official that Patrick Vieira would be the man to take Nottingham Forest forward, dispelling very popular rumours that suggested he was on the verge of signing a contract with QPR. The news comes only days after Vieira announced his resignation from Blackpool, citing that he had different ambitions to the club and had to look elsewhere for his future.

"Becoming permanent Blackpool manager was never really on the cards," Vieira admitted at his unveiling as Nottingham Forest head-coach. "The board couldn't give me the backing that I needed to succeed. Here, I have room to maneuver. At Blackpool I could only really afford one or two free agents, and that was enough to save us from relegation, but if you're a club who wants to be promoted to the Premier League, it's not substantial enough."

"I am really looking forward to managing Forest," Vieira responded when asked about his expectations and goals as Forest's main man. "Me an the board discussed our vision for the club and we agreed that we'd like to be in the Premier League in the next couple of seasons. Of course, that's a very big ask because it's such a competitive league but we are setting our sights high."

The East Midlands team finished a disappointing 15th place in the Championship last season, marking the 16th consecutive year since the club were playing Premier League football. It is rumoured that Vieira plans to make some very big changes at the club and for Forest to be particularly active in the window, both with ingoing players, and with outgoing players.
Login to Quote

swanny8589
7 years
interesting choice in move there, what was it about Forest that lured you? or did you just wanna get away from Blackpool

Few things, I guess. They have a decent squad, a healthy wage budget and a couple of million to spend. Some players I can offload for money. Didn't see myself ever getting promoted with Blackpool but with Forest seems very likely at some point.
Login to Quote

Jer
7 years
Blackpool are very likely to get promoted if you slowly work up with your players and play it shrewdly, but you are looking for instant promotion, so yeah, Forrest is the one to go if you desire that
Login to Quote

TheLFCFan
7 years
Britt Assombalonga will be amazing for you! Good luck at Forest.
Login to Quote