Chapter 1 - Winning it all again 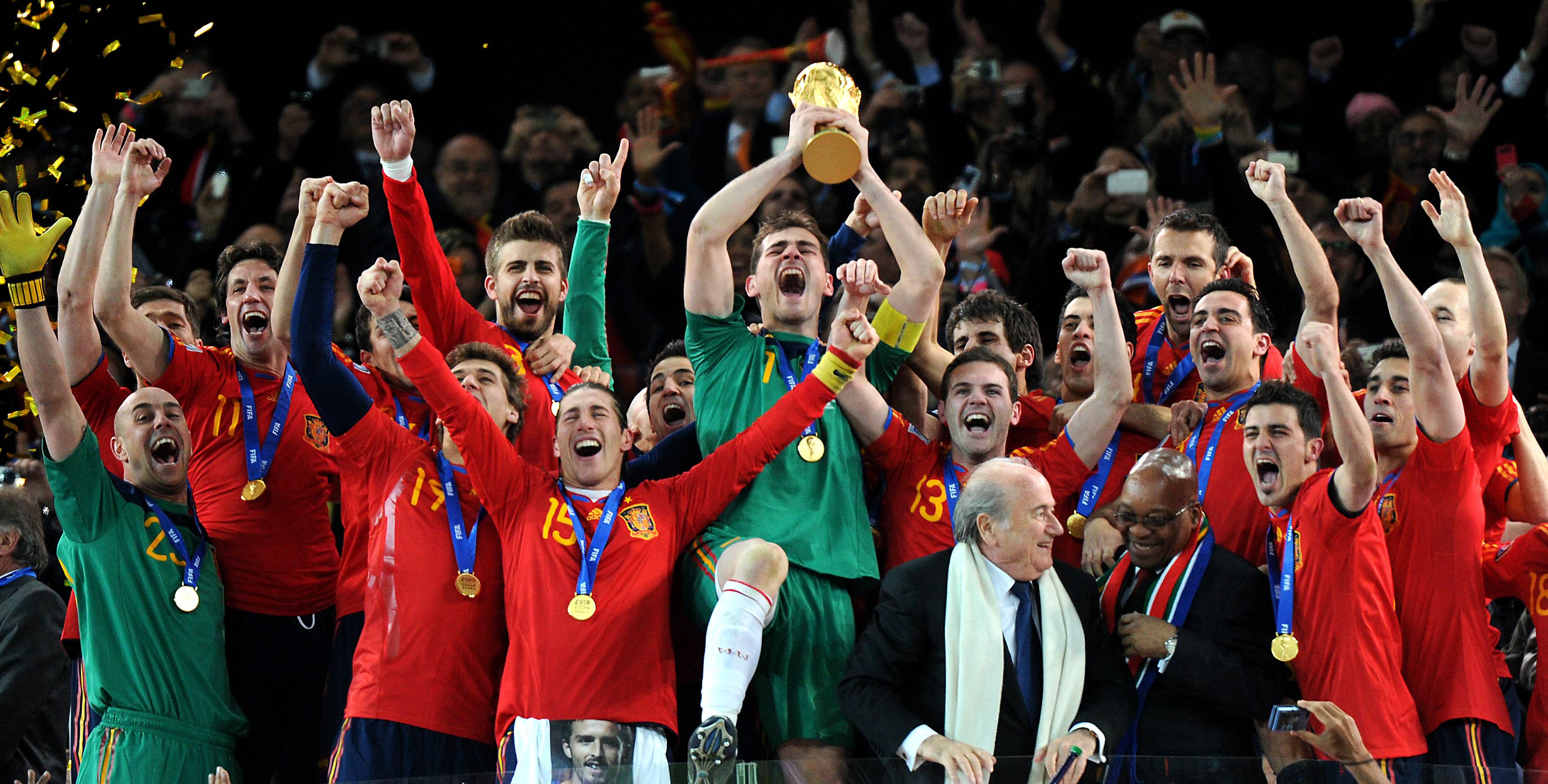 Just 4 years ago i was in Johannesburg playing aiganst The Netherlands. I remember it all so clearly, we scored very late with a great goal by Iniesta. I was estatic, I had won many other throphies before but nothing felt like this, it was something special making your native land the best in the world. But then i sat home on the couch watching the next World Cup. It was a disgrace we lost 5-1 to The Netherlands, I stayed up crying the whole night that day. Then we met Chile, once again we lost 2-0 and we were out. Something had changed we were not the happy side that just wanted to play anymore, we were just looking forward to the summer break and the ladies. At that moment I understood I needed to make a change I was gonna become a manager.

I thought about it and the more I thought about it the more unsure I became. It was 4 years ago i won the World Cup. Will they still remember me? Will I get a job? Will I fail in managment and be remembered as a bad coach instead as a great player. But today the thinking ended I was ready, I don´t care about being forgotten, we are all gonna be forgotten someday. I was ready..... I was ready to win it all again.

I called my agent and told him everything in every single detail, he said I was crazy but that he would try. He called me back and said we were going to Birmingham to negiotiate a contract. I asked what team I was gonna negotiate with but he said he did not have time to explain, I kissed my wife and took the flight to Birmingham. I was going to win it all again!
Login to Quote

Tellak
7 years
Will be following.
1
Login to Quote

No1VillaFan
7 years
ooo a story based in Birmingham, this could be interesting
1
Login to Quote 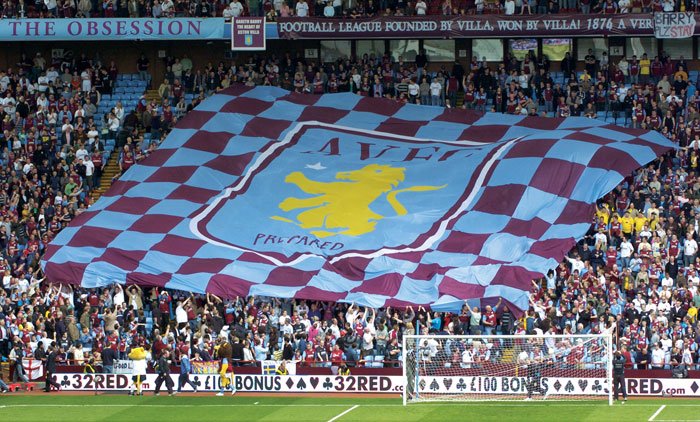 We landed in Birmingham, we walked to Villa Park. And there I was at my first chance to get a managerial job. The chairman Tom Fox greeted me and started negotiations. They wanted me turn Aston Villa into a titlechallenger inside the frame of five years. The project seemed hard but fun. They said I would have a big transfer budget every year and sit on big wages. The wages did´nt matter I was financially stable anyway but it was ofcourse a plus.

I said I was happy with the contract but wanted to check if some other clubs would appeal to me more. The chairman said it was okay although it seemed like it was´nt. My agent told me he wanted some words with me in private. ´´You´re blowing this up, this is a great opportunity. Dont blow this.´´ I responded quickly ´´I´m not sure I want to be Villa manager though and I don´t wanna do something I will regret. My agent said ´´Well fair enough I have some other clubs that we can look at.´´

We returned to the meeting and the chairman said he was happy with how the meeting had gone and wished me luck. We went back on the plane and I thought we were going back to Spain but we went straight to Monaco the tax paradise. I knew I was gonna win it all but I did´nt know where.
Login to Quote

MJK46
7 years
Great start to your story!
1
Login to Quote 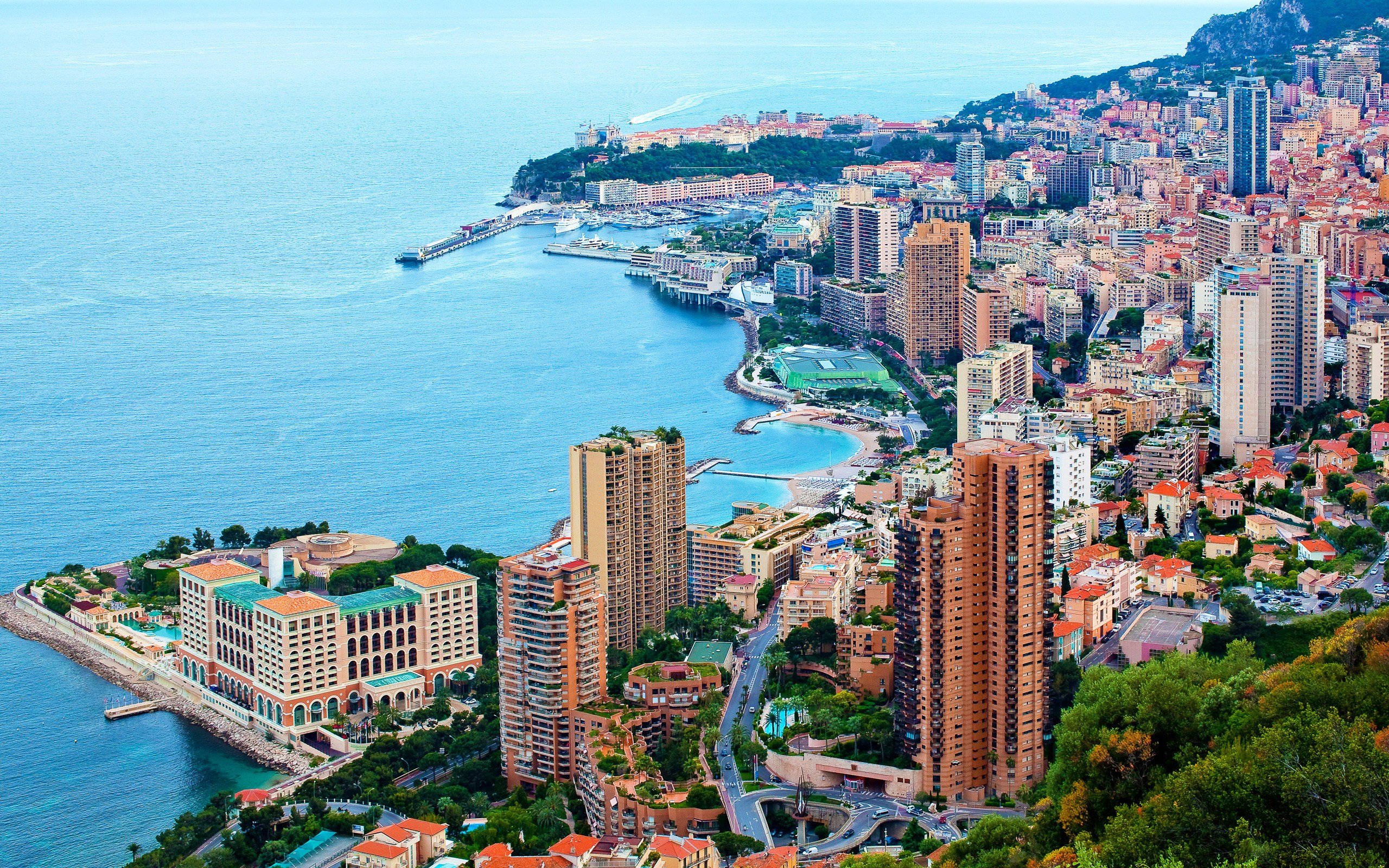 Ahhh here I was in Monaco the small paradise-state. I looked out of the plane window I saw a place i could live in I felt AS Monaco was the club I was gonna manage. I could relocate here, my wife would love it and it would have been a great place for our children to live in. We landed and it was even more beautiful were I live in Catalonia you don´t see many scyscrapers or such so it was a new thing for me. We took a limousine to the Stade Louis II.

When we came to the stadium, chairman Vadim Vasilyev greeted us and we started negotiations. The chairman sat with two people next to him, they looked suspicous they asked my agent to come with them. He came with them and me and Vadim started negotiations. Everything was fine in the contract and I definetly wanted to go there but when my agent came back he wanted to have a talk with me he locked me and him into a small bathroom.

´´DON´T! You don´t understand, I knew something was strange when asked me to come they beat me up. They said if I rat I would die please don´t take the job.´´ I was´nt sure if he was lying or not. I asked him ´´Do you have any marks?´´ He took of his Armani suit and showed a burnmark. He said they burned him with a cigar. ´´I see your mark, but why would they want to do that.´´ ´´They are evil. They say they want me to help them in there evil buisness they want you to help them too! JOAN LISTEN DON´T DO IT.´´ I escaped out of the bathroom window and ran to our plane i yelled at our driver ´´Go back to Catalonia´´ My agent said hesitantly ´´No! Where going to Rotterdam.´´

And here we were in Rotterdam the city of the workers. And now i´m not sure I want to win it all again.
Login to Quote

Chapter 4 - The money is made in Rotterdam 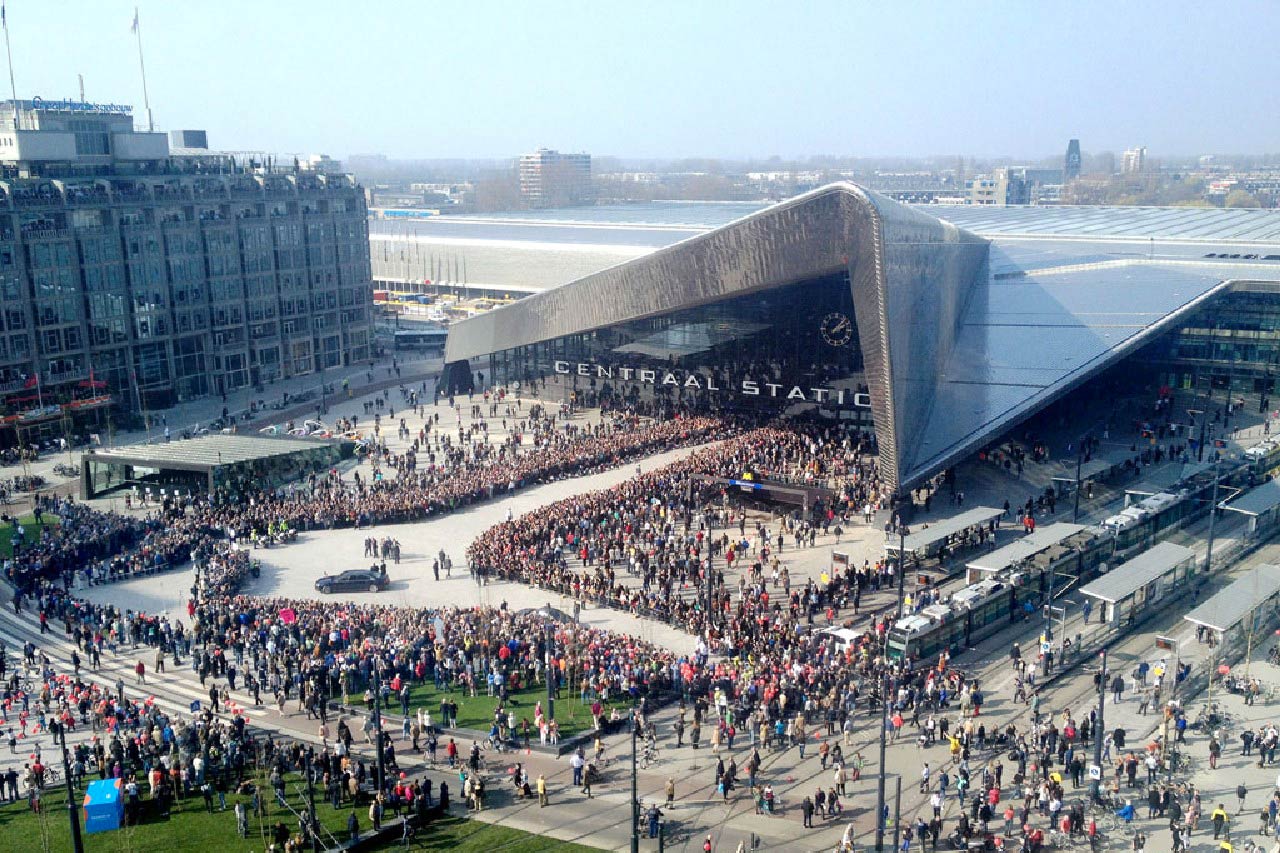 We took the train to Feijenoord, when we stepped out a young boy with an Espanyol shirt wanted my autograph. I ofcourse gave it him, it´s wonderful to meet fans who like you. We were met by the Feyenoord chairman and he gave us a tour around the area of Rotterdam he showed us the hotels and the cruise terminal, before we went into a flashy resturant. To my suprise we started negotiations right there at the resturant. They said they wanted me to buy young and develop the players into worldbeaters.

I was very happy with thier ambitions, it was what i wanted to do myself. I said I was happy with the ambitions and wanted to negotiate wage, I accepted their first offer and wrote my signature on the contract. We were done with negotiations even before my agents food was ready. But I was ready, I was never gonna regret this.

Cappy13
7 years
So we know the club but I want to know who you are?

Monaco sounds a bit of a dodgy place
Login to Quote

SimichC
7 years
There are some clues check in Chapter 3!
Login to Quote 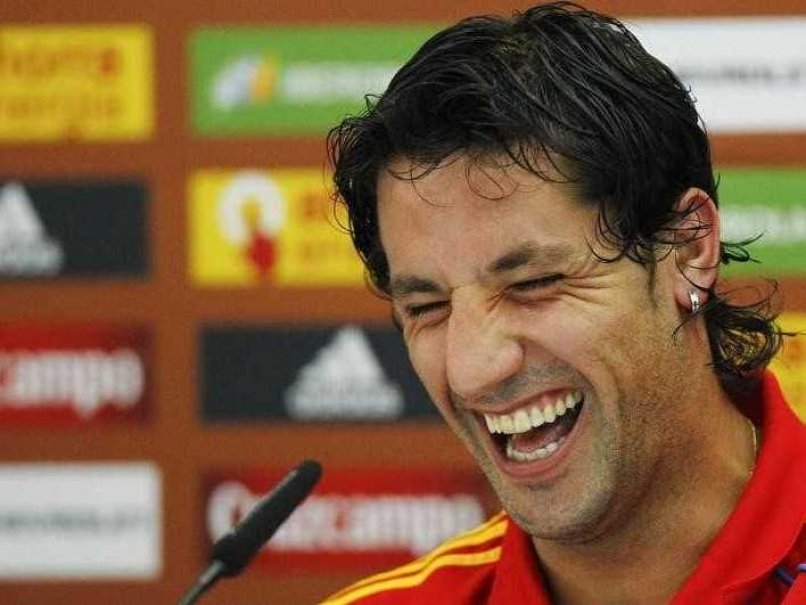 So there I was hundreds of journalists, and fans eagerly waiting outside of De Kuip to see who thier new manager is. The pressure was on, but I was ready like never before I was sitting with the chairman just talking over a cup of tea about our ambitions for the club before I would go on stage. I put another spoon of honey in my tea and stirred it around almost so hard so I broke the cup. The nerves were getting too me but i did´nt feel nervous about the pressconference it was my talk with Vadim which was making me nervous. I was just seconds away from being shot it felt like. My agent came and told me we were going on stage. Me, the chairman and my agent went on stage and took our seats.

Hello, I´m Joan Capdevila and I´m the new Feyenoord manager and will take your questions.

Q: Will you be looking to sign spanish talent for Feyenoord or will try to keep dutch players as the base?

A: ´´Well I will probably bring in one or two spanish talents that I have in mind but still want develop dutch players, and I will not just bring in spanish I will bring people from other countries aswell.´´

Q: ´´You ofcourse were a great player in your prime. And will that mean you will help out on the training ground?´´

Q: ´´There has been rumours about you being intrested in a club legend John Guidetti, is this true.´´

A: ´´Well there is interest from our side but I don´t know if I want to sign him yet but I am looking at him and might sign him after his loan spell at Celtic. It all depends if he does good at Celtic.´´

A: ´´It will be hard challenging Ajax and PSV but I think we definately can and I want to win it either this year or next year and this is what the chairman wants me to do. I think he can say so to, right Dick?

A: ´´Yes, I think it´s very hard for a manager to come in and the title on his first year. But if anyone can do it it´s Joan. But I think we have a exciting project and I can´t wait for it to go to plan.´´

I no need to go, question time is over.
Login to Quote

swanny8589
7 years
Great choice in Capdevila, top left back in his prime

SimichC
7 years
@ - TMO Thank you, he was one of my favourite players.
Login to Quote