After the confirmation of Bisoli remaining at Cesena, the 48 year-old has been working 'day and night' in order to secure signings for the coming season, according to president Giorgio Lugaresi. Shortly after the statement, Federico Bernarderschi was unveiled, becoming the first signing for Cesena this season, albeit being on loan. The Fiorentina winger accepted a one-season loan to the relegation favorites after holding talks with 'ambitious' manager Pierpaolo Bisoli. It is widely expected that Bernarderschi will take a 'major' role at Cesena as he rejected various other clubs in the Serie A to sign for the recently promoted team. This will come as a massive boost for the club, as they will attempt to retain their Serie A status during their 75th anniversary since their founding. 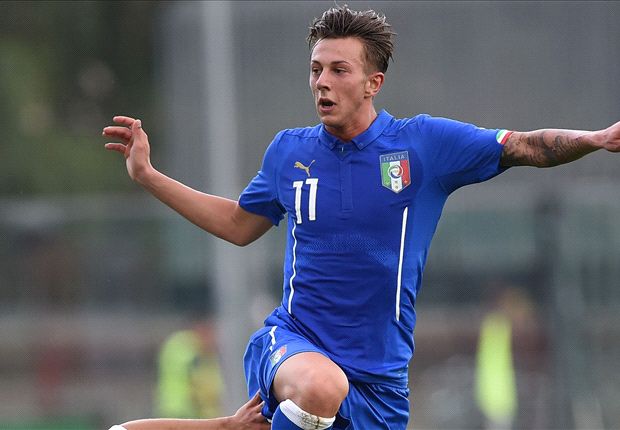 Bernaderschi is 'excited' to play for Cesena according to Lugaresi.

The positive news continue to come at Cesena, as they can confirm that talks between the club and Giulio Donati have taken place after a bid was accepted by Bayer Leverkusen earlier this week. It is expected for Donati to arrive later this week for a medical, but it can be derailed, according to di Marzio. According to di Marzio, there could be a hijacking attempt made by Hellas Verona and Sampdoria as they are expecting funds to open up for the talented right-back. 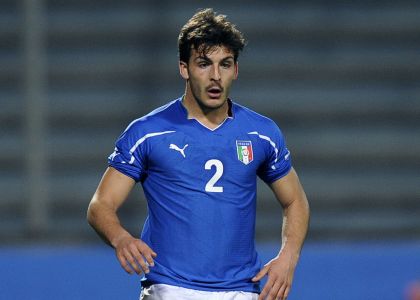 Could the talented right-back be on his way to Cesena?

With only one recognized left-back at the club, Pierpaolo Bisoli has quickly identified two key-targets to compete with Francesco Renzetti for the full-back spot. According to La Stampa Sassuolo left-back Alessandro Longhi has been ear-marked as a player that can challenge Renzetti into becoming the club's primary full-back. However with Sassuolo and Cesena hitting an impasse over a fee and bonuses, Bisoli decided to give former Atleti left-back Antonio Lopez a chance to don the Cesena shirt. 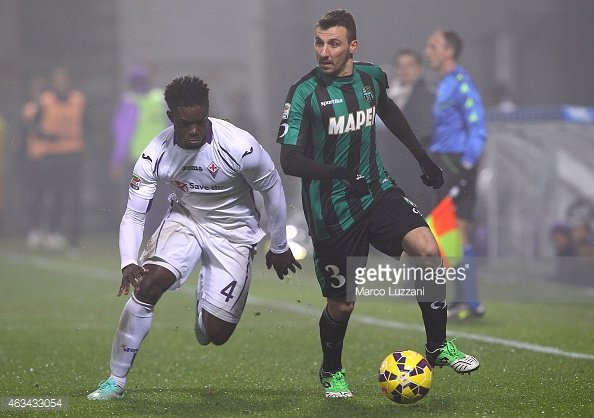 Will he be the man to challenge Renzetti this season?

Welshy
7 years
Some great talent there!
Login to Quote


In what can be the surprise signing for Cesena this season is lower-league player Alessandro Tuia, a centre-back who plies his trade at Salernitana in the Serie C/C. It seems rather odd that the club are looking so far deep into the league system for a new centre-back with the club already possessing 5 centre-backs, albeit 3 are on loan. It is widely believed that Tuia will serve as depth for the club once the loans end come end of the season. 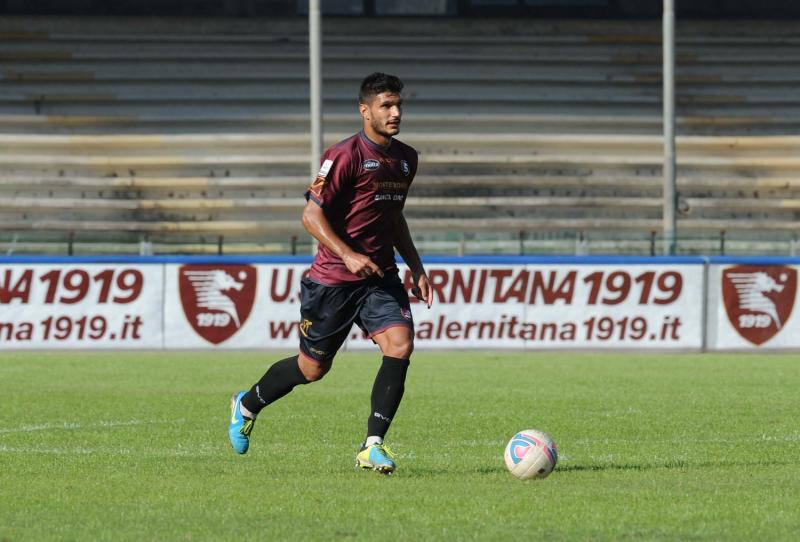 Could the 24 year-old Italian make the move to Cesena this summer?

Another set of rumors that have been accepted by fans is the potential signing of Jacopo Sala, a former Chelsea product who now plays for fellow Serie A side Hellas Verona. The midfielder can play in the middle and on the wings, something that Bisoli is looking after Luigi Giorgi's loan was cut short earlier this week. According to Sky Italia, Cesena and Sassuolo will have to battle it out for the signature of the player, with Bisoli already starting a charm offensive for the player. The young midfielder could make the move to Cesena.

One of the last players to be linked could become the club's marquee signing for the season, in the name of Vincenzo Renella. The Betis striker is thought to be available around the same money as Sala, although it is well-documented that Cesena will have to fund the move with a sale of a player. This being said, out-of-favored French striker, Gregoire Defrel, has been linked to F.C. Lorient and Palermo and could make way for Renella, a former Cesena striker himself. The 25 year-old was on loan last time Cesena were around, making 15 appearances and scoring 1 goal. However, ever since that loan spell he has moulded himself into a better and consistent player, and showed that last term scoring 13 goals in 33 appearances for Lugo in the Liga Adelante. 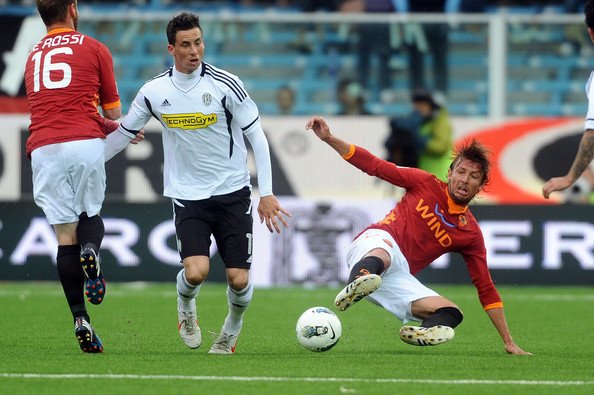 Vincenzo Renella could don the Cesena shirt once again, according to reports.
Login to Quote

Jer
7 years
@Walter: Get on more, then :P. Thanks for the support and let's sit and watch as Cesena rise to world football!
Login to Quote

Mudingayi heading for the exit door?


In a surprising turn of events, Gabi Mudingayi could have his contract terminated after inflicting an injury today. The former Inter and Bologna man just signed earlier in the summer, but with a 3 month lay-off for the 32 year-old, Bisoli has lost faith that Mudingayi will be able to give his all for Cesena. In addition, it is speculated that it took an enormous financial effort to bring him from Inter when his contract expired for the Milan side. That being said, speculation persists that were doubts from Bisoli to sign Mudingayi in the first place, as he had achieved only 10 appearances in 2 years for Inter. 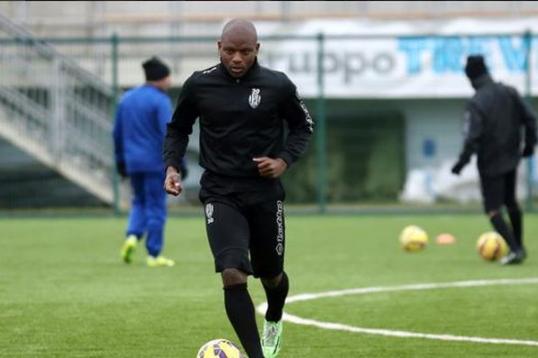 Mudingayi could be set to depart Cesena against his will, according to reports.

If Mudingayi's contract is terminated, it is thought that Francesco Signori from Serie B side Modena will be brought to replace him. The midfielder should not command a high fee as his contract ends come the end of the season, although he's a key-player for the side. Signori has stated that he would 'jump' at the chance to join Cesena. In order to fill a spot in the team, Bisoli has decided to give former Galatasaray and Liverpool player, Albert Riera a trial in the exact same terms for his compatriot, Antonio Lopez. 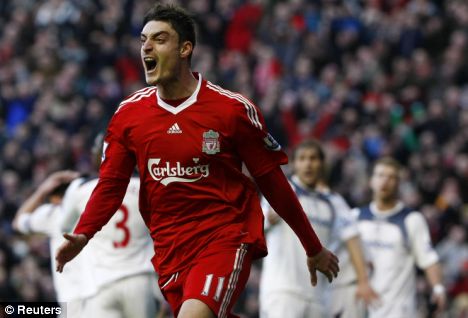 Could the former Liverpool player become the latest Spaniard to play for Cesena?

This could not sit well with fans, as many have already had their Mudingayi shirts bought from the Cesena store earlier this summer. However, it is commonly known that if a player leaves the club during pre-season and was promised to stay there, all shirts can be reimbursed. Stay tuned for more!
Login to Quote

Laurens
7 years
Great to see a story of you again, good luck!
Login to Quote

Jack
7 years
Hell, from what I remember Mudingayi is a good player! But the 3 months is bad news, especially for his age. Albert Riera would definitely do a job for you I think

iWelshWizard: Indeed, he has faded as of today.
Jack: Well, he was prior to his move to Inter where he got no time whatsoever. I am at a crossroads, so it's not official as of yet.
Login to Quote


The 25 year-old will begin his second stint with Cesena as they bid to remain in the Serie A for next season. According to Euro Sport the former Genoa striker agreed a basic wage salary of £625,000 per season after both clubs agreed on a fee. It is believed that the fee could rise up to £2 million depending on performances from the player and the club in the near future, but the initial fee will be paid in four installments over the course of two years.

The Italian striker had endured an unsuccessful spell last time he was at Cesena, but believes that he will be able to change things around this time, and prove his fee for the Cesena faithful. The 6 ft 2 striker sat next to Pierpaolo Bisoli as he happily unveiled his new man, who is expected to become a first-team player immediately. 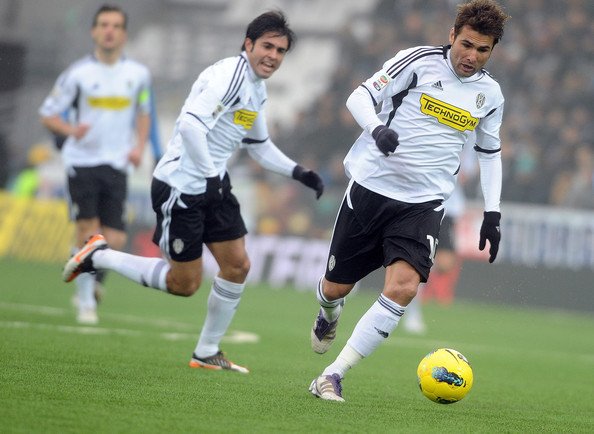 Renella has returned to Cesena for the second time of his young career.

Bisoli said,"Vincenzo is a player whom I didn't get the chance to manage when Cesena were in the Serie A. Once again, we're back and Vincenzo has experience on four different leagues across three countries. This will help the squad as we lack experience on some fronts as most of our loanees are young players who have a point to prove to their parent clubs."

Renella said,"It's so good to be back in Italy, where they took me. Although I was born in France, I feel much more at home and accustomed in Italy. To join Cesena back after their return back to Serie A, is something that I asked my agent to explore whether they were interested."
Login to Quote

Welshy
7 years
A very small fee and he looks a decent player to be honest! Great update

Jer
7 years
@Welsh: I have to keep looking for bargains like this!
@Aaron: You guessed nothing