Jacopo Sala has been unveiled as Cesena's new signing, only three days after they unveiled Vincenzo Renella. It had been speculated that Sala had two offers on the table, with one being Sassuolo and the other one being Cesena, with Sala confirming it prior to his move to Cesena. The young midfielder had only joined Hellas Verona last summer, but with a strong league performance, attracted interest from two fellow Serie A sides.

The fee of the transfer is undisclosed but sources close the club state that it took a 'financial effort' for the midfielder to join after Bisoli asked for his transfer after their friendly win against French side US Dunkerque. It is rumored to be in the same mark of another signing this season in the name of Vincenzo Renella, which places the fee around the £1 - £2 million mark. 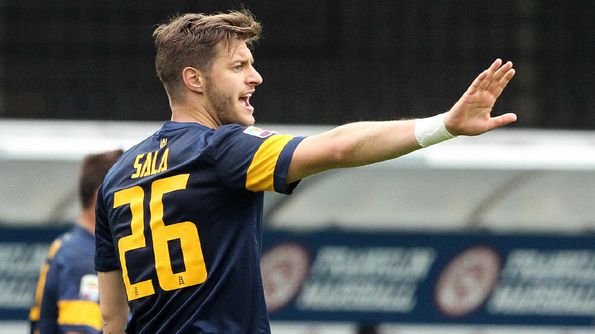 Sala rejected advances from Sassuolo to join Bisoli's Cesena side.

In his press conference the midfielder stated that, the determining factor was talks to where and how much he would play with Cesena manager Pierpaolo Bisoli. With a joke on his first day at Cesena, Sala said that the 'open charm offensive' was also a sign that Cesena wanted him more than Sassuolo did.

During Jacopo Sala's unveiling, Pierpaolo Bisoli revealed ill news about a transfer, stating that they pulled out of Giulio Donati's signing after Donati revealed that he would join Hellas Verona. Whether it was an under the table agreement between Hellas Verona and Cesena for Sala's signing remains unknown.

Jacopo Sala is set to become the club's highest player, earning a basic wage salary of £720,000 per season, before bonuses.
Login to Quote

InvertedWingbacks
7 years
nice move man! hopefully he does a job for you at that kind of outlay

Jer
7 years
@InfraRed: Both Sala and Renella have price-tags to live up at Cesena

@iWelshWizard: Have you used him before? I hope he does the job for me


Former Spain international Albert Riera has been unveiled as Cesena's fourth signing of the close-season, as they look to retain their Serie A status. It was announced by La Stampa, that Riera signed a trial contract offer until the last week of August, prior to the start of the Serie A. Following positive performances during pre-season friendlies against A.S. Monaco and Juventus, Pierpaolo Bisoli quickly tied down the former Galatasaray player, amid interest from Premier League side Leicester City.

The 32 year-old left-footed player is understood to be earning around the £8,000 - £10,000 per week before bonuses, a great financial effort package given by Cesena. It is widely understood that a 'major' factor that Riera opted out from joining fellow relegation favorites, Leicester City, is that Cesena have made him feel like 'home', along with the lavish life-style and weather that Italy offers, rather than the bleak and cold weather that England offers.

Riera will be unveiled at Cesena on Saturday, with another 'familiar' face, according to Lugaresi

In other news, Gabi Mudingayi's contract has been terminated against his wishes according to Mudingayi's agent. Although Mudingayi had just signed a one-year contract 3 weeks ago, he sustained an injury that would keep him off the pitch until late November, leaving him on a limbo to whether he would stay at Cesena or not. However, Mudingayi's agent has confirmed that his client has been given a sound financial package, similar to what he was going to earn throughout his year at Cesena.
Login to Quote

Welshy
7 years
Ooh, excited for this 'mystery player' and yeah I used him, was a very good player assisted a lot and scored quite a few!
Login to Quote

Zed
7 years
Good signing in Riera. Looking forward to seeing who the "familiar face" is. My guess is Isla

Jer
7 years
@iWelshWizard: Hopefully he'll do the same!
@Zed: Isla hasn't played for Cesena, if I recall.. I'll drop the hint though, he hasn't been at the club for long ;).
@Jack:Thanks mate.
Login to Quote


Cesena have unveiled Antonio Lopez as their fifth summer signing, along with Albert Riera, whose deal was announced four days ago. It was widely believed that a staff member would join Pierpaolo Bisoli as Lugaresi would unveil a 'familiar' face along with Riera. However, it turned out to be Antonio Lopez, who had been on a trial and offered a two-year contract with the Italian side.

The 32 year-old left-footed player is understood to be earning around the £5,000 - £7,000 per week before bonuses, a lot less than his Spanish counterpart, Albert Riera. However, it is accepted that Riera has a bigger wage because of his experience on three different countries, something that Lopez lacks. That being said, Lopez has lifted the Europa League on three separate occasion, something that will boost Cesena's chances of retaining their Serie A status. It was widely believed that once Lopez's trail would end he would move to Spain once again, as newcomers Deportivo were interested in the former Atleti and Mallorca player. 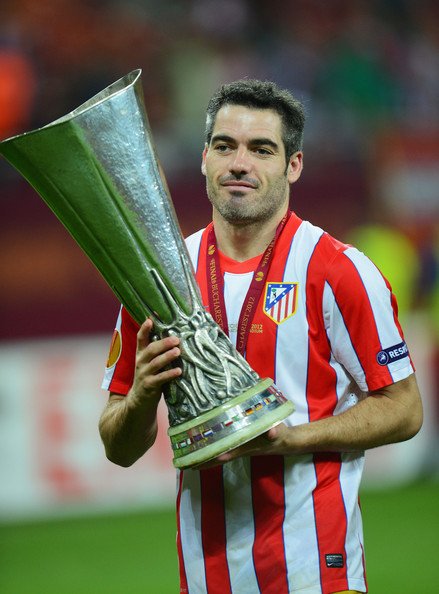 Tallery
7 years
Some good signings there
Login to Quote

Jack
7 years
Another good signing. And just so you know, Jacopo Sala was the third best passer in Serie A in my Milan save last season

shylax
7 years
It's interesting to be able to get that kind of a veteran on such a small wage, hopefully he can contribute to a good season.
Login to Quote

Welshy
7 years
As shylax said, it's brilliant how you've got him in for cheap, should do a good job!
Login to Quote

@Shylax: If you offer someone a trial, they'll take less money when they are not on a trial

@iWelshWizard: I'm hoping to make a profit, as I will only probably use him one season, then discard him