West Ham got a lucky 1-0 win over Southampton at home in a game which would have gone either way. It was Thomas Carroll who eventually got the breakthrough for the Hammers, with his 69th minute long shot giving his side a valuable 3 points.

In what would be the first of three hugely important games, West Ham stunned United to record a 3-0 win in front of their home crowd. Marcus Bettinelli put in a masterful performance to keep out the United attack for the first half and the Hammers hit back in style in the second half, with Morgan Amalfitano and Enner Valencia combining for 3 goals to put their side one step closer to UCL qualification.

West Ham fans will be wondering how they didn't get an upset win at Goodison Park, leading 1-0 in the 77th minute after experienced winger Stewart Downing scored in the 55th minute. Leighton Baines pulled a special goal out of nowhere to equalise in the 78th minute, and much to the dismay of West Ham fans, their club will walk away with nothing after Bettinelli conceded a horror own goal in the 94th minute.

One of the greatest games in modern West Ham history. Needing a win to secure at least Europa League qualification, West Ham fans watched in horror as Erik Lamela scored not once, but twice in the first 15 minutes and many Spurs fans were already celebrating. Morgan Amalfitano got the first back for the Hammers, scoring a double effort in the 31st minute, and just 7 minutes later West Ham's equaliser came through ex-Spurs midfielder Thomas Carroll. Then, just before half time, Bryan Oviedo scored a goal of the season contender, cutting from the left flank into the box, bypassing 2 defenders and slamming home what would prove to be the winning goal. A 63rd minute red card from Paulinho enabled West Ham to sit back and defend their lead - Europa League qualification (at the very least) was confirmed.

If West Ham could get the win over relegation-threatened Sunderland, Champions League qualification would be theirs. F**king FM Jermain Defoe said otherwise, scoring twice to down a frozen West Ham side who will now need the thrilling last day to decide their season. What happened at The Stadium Of Light? Did every player instantaneously stop playing well? FM is to blame, the bastards! Ever heard of consistency?! We'll never know.

It is set to be a thrilling finish to the Premier League season, from West Ham's point of view anyhow. They will host Aston Villa whilst Arsenal host Stoke, with a win needed to make the Champions League Qualifying Rounds. Even a loss will mean they play Europa League. But why stop now? 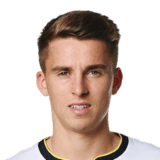 The ex-Spurs midfielder made a mockery of his £925,000 fee, playing sublimely alongside Noble and Leiva for the entirety of March. Man of the match performances against Southampton and his old club were his highlights but overall he has been fantastic

C.J.Lippo
6 years
Lets hope the boys haven't gotten a touch of stage fright & can get a result against Villa mate
Login to Quote


West Ham United will say their goodbyes to The Boleyn Ground in their final match of 2015/16, facing Aston Villa in one of the biggest games of the club's history. The stadium, which first hosted West Ham way back in 1904, will see claret and blue for the last time on Sunday in an emotionally charged and vitally important match.

Should West Ham win, they will make the Champions League for the first time in their history, and manager Sam Allardyce is determined to give the club's spiritual home the proper send off.

"We are going to make the Champions League, and we're going to make it in front of the last ever home crowd at The Boleyn Ground. There is no compromise. History will demand this of us."

Should West Ham win (or draw or lose, depending on Arsenal's result), they will play their maiden Champions League match at the Olympic Stadium, which is almost ready for the club to move into. Their Best Placed Playoff match, likely to be against the likes of AC Milan, Bayer Leverkusen or Zenit, will be the first time in 112 years that the claret and blue have played away from The Boleyn Ground. Many fans have voiced their displeasure over the move away but the deal is done; now all they can hope for is a rousing last day. It's what they deserve.
Login to Quote

Maximus
6 years
What a massive game in West Ham's history, a Champions League place and a farewell to The Boleyn Ground.

Justice
6 years
An emotional game for the Hammers. Victory would see you leave the stadium in grace, as well as secure a spot in the qualifying rounds of Europe's elite club competition. Good luck!
Login to Quote

tzanet23
6 years
Just saw your story m8...read it all at once..!Great moments for the Hammers..
Keep up the good work...Cheers..!
Login to Quote

Welcome one, welcome all to this live text coverage of the final day of the Premier League. Today, we will be heading off to The Boleyn Ground for the last time, as West Ham do battle with Aston Villa to see off their iconic home ground. The stakes? Well, if West Ham win, they will qualify for the Champions League for the first time in their history. Wouldn't be a bad farewell, that's for sure. We'll also be getting some live updates from the Arsenal-Stoke match at the Emirates, with Arsenal sitting a point below the Hammers, looking to hijack their last day celebrations. Without further ado, let's get into the match. 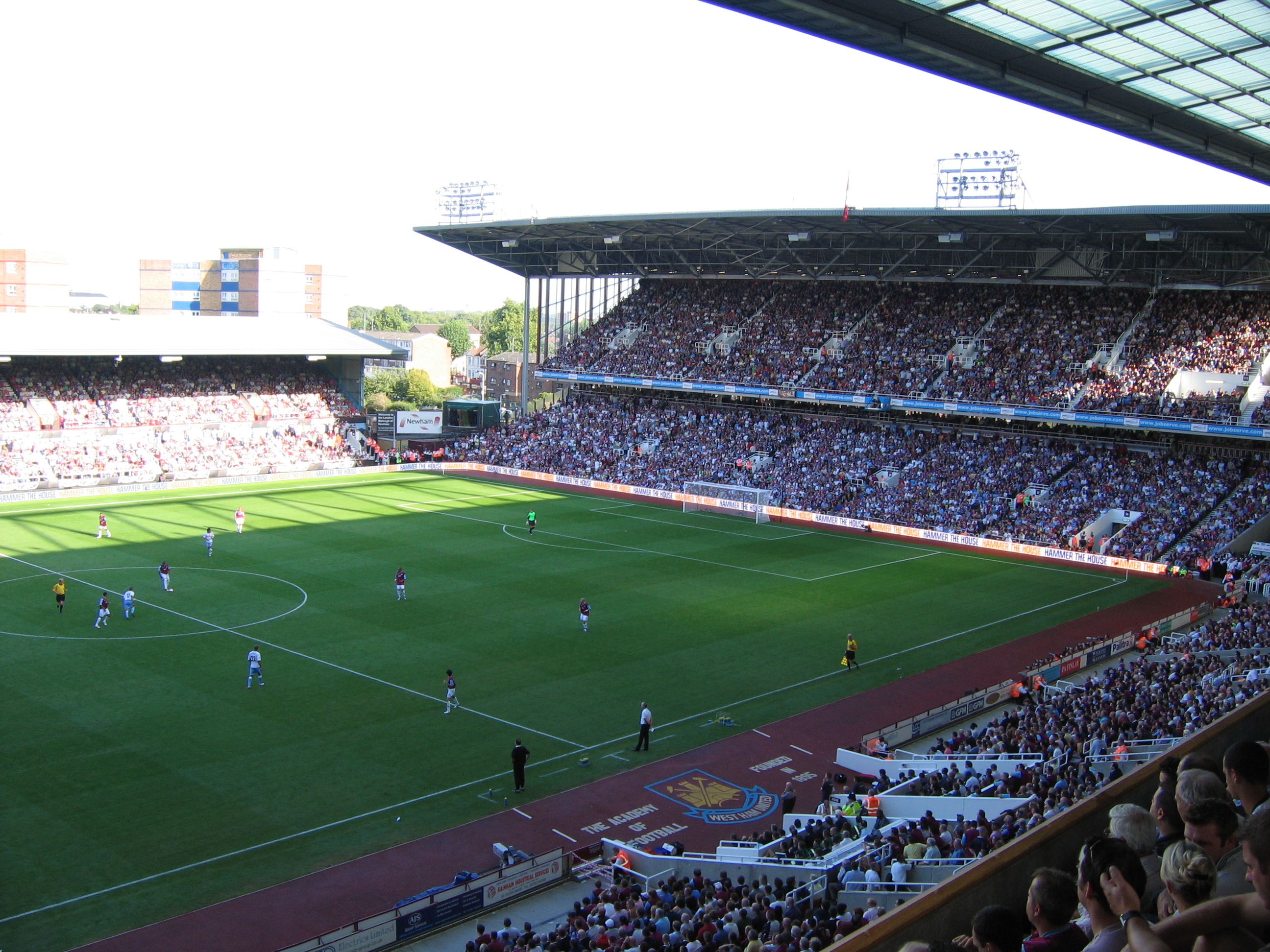 Soak it in folks, this'll be the last time you see this. 35,000 fans crammed into The Boleyn Ground, swaying and chanting, the West Ham faithful. Can the Hammers' players do it for the fans and make the Champions League? We'll have to wait and see.

3' - Agbonlahor testing Adrian there with an early effort. Ivanovic was tracking him as he cut inside but the pacey striker got enough space to take the shot from just outside the box. Adrian collects comfortably.

7' - GOAL!!!!! Enner Valencia has sent the fans into raptures with a stunning shot from outside the box. Fabian Schar and Brad Guzan cannot believe what has just happened, but the ball is in the net. Noble played it to Valencia, who controlled it with one touch before firing it past Schar and Guzan, both of which weren't even ready. As it stands, West Ham are in the Champions League next season!

14' - Schar perhaps looking to make up for his earlier blunder, rounding Lucas Leiva and putting a placed shot just wide of the right post. Adrian didn't look too confident with that one.

22' - West Ham may have the lead but Aston Villa are looking far more assertive. Carlos Sanchez almost got his long range effort past Adrian but the Spanish keeper managed to parry it away, you'd think Villa might be able to push through sooner rather than later.

24' - Zambrano misses West Ham's first real chance of the match, he was put into a rather good position on the right of the box but he was off balance and his shot went well wide. Still 1-0 but West Ham starting to assert themselves a bit more.

35' - Sanchez tests Adrian again! This time he's tipped it over the crossbar, but the Villa midfielder is looking lively and Lucas needs to put the stops on him.

41' - Valencia puts it just wide of the post! Nearly doubled his tally there, would make it very hard for Aston Villa to get back into this one.

44' - GOAL AT EMIRATES! Aaron Ramsey has scored a scorcher on the brink of half time to put his side in the lead, but unless Aston Villa can equalise, it's still West Ham in the qualification spot.


So at the moment, it's 1-0 to both West Ham and Arsenal, meaning it's the Hammers in the Champions League next season. Still plenty of time left to play however, and if Villa can get an equaliser, it may well be the Gunners' year. Let's get into the second half.

Adrian has been fantastic for West Ham today and they'll be hoping he can keep a clean sheet in the second half.

51' - Valencia should have finished that one! Amalfitano put him in a wonderful position but his shot was straight at Guzan. Villa dodge a bullet there.

53' - How have West Ham not put this game to sleep? Valencia has hit the post from 20 yards. Guzan was stranded, Villa had no answers but the West Ham striker couldn't finish it off. Trickles out for a goal kick, West Ham need to put the game to sleep quickly.

54' - Giroud has made it 2-0 at the Emirates but it makes no difference at this stage, unless Villa can get an equaliser. A win for Arsenal seems certain at this stage though so it's West Ham's position to lose.

76' - Valencia ends a bit of a dull patch with a shot that flies just over the crossbar. He's got one, and another one will secure him the Golden Boot. Can he do it with 14 minutes to go? And the bigges question; can West Ham keep their lead?

82' - West Ham fans were already celebrating, but Valencia's goal was ruled offside. Looked right in hindsight, but it's a wonder they haven't scored yet. Could it come back to bit them?

85' - GOOOOOAAAAALLLLL!!!! The Boleyn Ground has gone crazy as Enner Valencia slams it home to all but win the match for West Ham! Sam Allardyce and his coaching staff are streaming out of the technical area to go join Valencia and the players, he was onside that time no doubt! 2-0 West Ham!

92' - FULL TIME! It was 3-0 at Arsenal but it made no difference, Enner Valencia's brace has fired West Ham into the Champions League for next season. The scenes at The Boleyn Ground are unbelievable, tears are being shed, fans are running onto the ground - this is the last time West Ham fans will celebrate a win at home, and not only that, one of the most important wins of all time. Goodbye, Boleyn Ground. You got a fitting send off.
Login to Quote

Justice
6 years
Congratulations, I knew you'd achieve it in the end

Hi guys! First off, I'd like to thank everyone who voted for me in Story of the Month, it's a great honour to win another award and a big confidence boost. However, this story will not be able to continue. I've lost the taste for the save, and besides, I think a UCL qualifying win at The Boleyn Ground is a fitting way to see off a story.

I will be back however, for one last FM15 venture. The most ambitious project I've ever undertaken. What will it be? Let's just say Neal will finally have a rival....
Login to Quote

C.J.Lippo
6 years
Sad to see this end mate but looking forward to this "ambitious project!"
Login to Quote