shylax
7 years
All three look good, Stuart McAllister looks like he could be a decent advanced playmaker who can win long balls with his head, Mihevc has a weird batch of stats, he's not really attacking enough to be converted into a winger, but his positioning and marking are too awful to be a fullback. and Luke Miller screams deep-lying playmaker.
Login to Quote

Feliks
7 years
shylax With Mihevc I'm hoping his age means his stats will have a while to increase. Otherwise yeah he's an odd one
Login to Quote

Carlton Cole is just one of 5 players who won't be retained on West Ham's payroll next season as the club moves forward into 2015/16. Ralph Spiegel and Sebastien Lletget have also been let go whilst Jussi Jaaskelainen and Guy Demel have hung up their boots.

After making just 2 appearances for the Hammers last season, Cole will look for pastures anew after an 8 year career at the club. Youngster Sebastian Lletget will also leave after graduating from the academy, making just 5 appearances in his West Ham career, whilst Ralph Spiegel's BPL career never got off the ground and he will return to his native Switzerland.

After 15 seasons in the Premier League, Finnish goalie Jussi Jaaskelainen will finally hang up the boots at the age of 40 after putting in a serviceable season backing up for Adrian. Guy Demel has also stepped away from the game, although his season was not to remember, making just 3 appearances.
Login to Quote

shylax
7 years
Lletget will probably end up going to MLS as he did in real life. I didn't know Carlton Cole was still around.
Login to Quote

Feliks
7 years
shylax I never even used either of them really. The one time Valencia, Sakho and Carroll were all unavailable - so was Cole aha.

real battler tho
Login to Quote

Out-of-favour Spurs midfielder Ryan Mason has made a £4.2 million switch to West Ham after making just 8 appearances for Tottenham last season. The 24 year old failed to have the breakthrough season he was after and will hope to reignite his career at his new home.

Mason will earn £22,000 a week as a rotation option and it is understood he will succeed Kevin Nolan in the West Ham outfit. With Alex Song leaving the club however, he may get a chance in midfield as the team's engine.

This signing is the third of English youth this window, with Jesse Lingard and Jordon Ibe also joining, as Sam Allardyce perhaps offers an insight into his transfer tendencies for the future. Regardless, it's a good deal for both club and player and both will be hoping the talented midfielder can get off to a good start.

Tallery
7 years
Decent signing, will be interesting to see if he does well or not
Login to Quote

shylax
7 years
I'm not too keen on Mason, he doesn't seem to have a lot of potential, and he's okay at a lot of things, but doesn't really excel at anything. He is homegrown, though, and 4.2 million is a small price to pay for one of those.

That said, surprise me! Prove me wrong!
Login to Quote

Feliks
7 years
Tal & shylax Thanks, I'm hoping he can do well for me
Login to Quote

John Guidetti and Marcus Bettinelli will join West Ham on free transfers after being released by Manchester City and Fulham respectively.

Guidetti will join the club as back-up for Enner Valencia after an impressive loan spell at Celtic which saw him net 21 goals in 34 games. However, his form couldn't persuade City to retain him and he left the club without making an appearance for them. West Ham were more than happy to snap him up, and he will get £18,250 a week after choosing to be a backup in the EPL rather than a key player in the Championship. 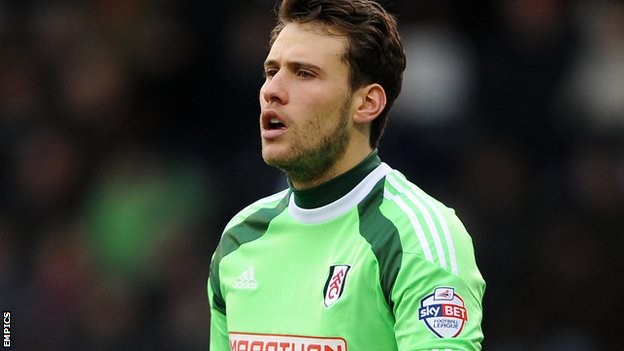 Meanwhile Marcus Bettinelli was released by Fulham despite having his breakout season and making his debut for the club. He made 21 appearances in the Championship but will now become Adrian's understudy in the Premier League. He may not get much gametime but simply being at a mid-table EPL club should do the youngster plenty of good.

Both players were pleased to sign deals at the club, considering their locations last season, and West Ham will be happy to have secured even more depth for the coming season at no transfer cost whatsoever.

shylax
7 years
I've never actually gotten to use him, but I wanted to sign Guidetti on a free transfer and missed out on him, so I'm excited to see what he brings to the table.
Login to Quote

Feliks
7 years
shylax Yeah he seems like a bit of an impact player. Not much work rate but when he gets into the right position he does extremely well kinda guy
Login to Quote

Modibo Maiga and Paul McShane are on their way of The Boleyn Ground after West Ham agreed deals for them with Reading and Burnley respectively.

Modibo Maiga's career at West Ham is now officially over after speculation intensified following his loan to Ligue 2 side FC Metz. After making 31 appearances for the Hammers, scoring 3 goals, the 25 year old striker will now cross to recently promoted Reading for a fee of £5 million.

Meanwhile Paul McShane leaves after failing to make an impression, moving on just 12 months after being signed from Hull. The 29 year old now leaves for Burnley for just under half of what West Ham paid for him, £500,000, as he once more looks to get a decent run in the Premier League.

shylax
7 years
How many appearances did McShane get, and did he suck or was he just injured a lot? You did well to get 500k back for him. Like I said when you signed him, I'm always wary of center backs that lack both pace and jumping.

Maiga is dreadfully mediocre and you did well to get 5m for him, which you can use for a much better striker if need be.
Login to Quote