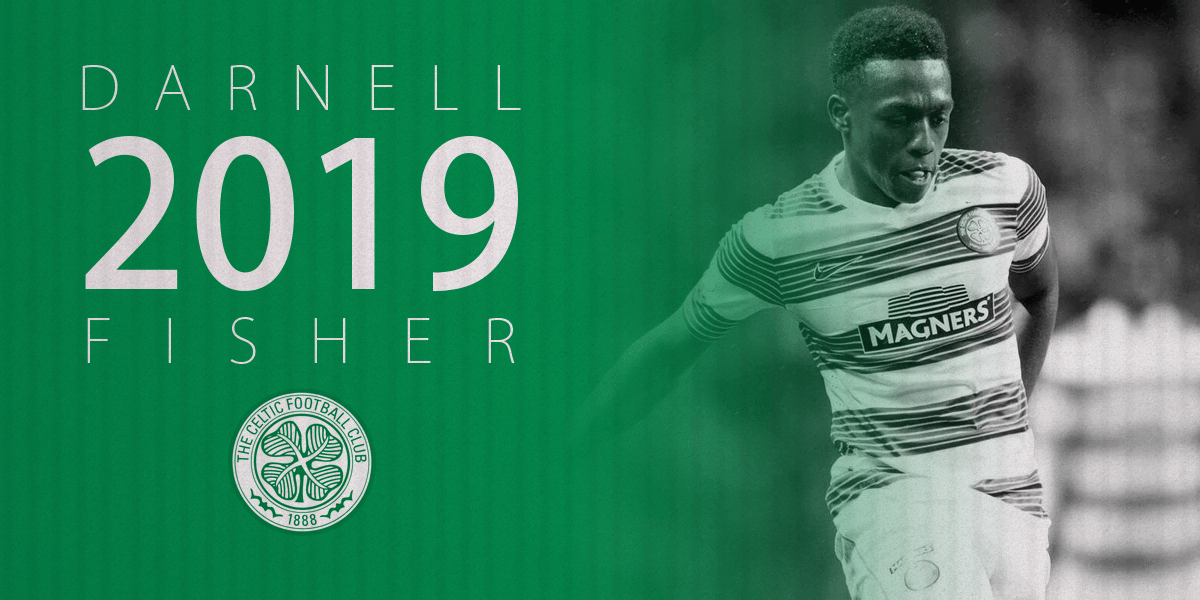 Celtic are delighted to announce that Darnell Fisher has signed a new long term contract with the club.

The right back, whose new deal will tie him down until May 2019, will be worth £1,500,000. The 20 year old’s performances this season have been nothing short of superb, and therefore fully justify his new long term deal.

Celtic boss Ronny Deila was delighted that his player signed a long term deal with the club, as it ‘will stop big clubs trying to sign him.’

’I am very happy that Darnell has signed a new contract. He is a brilliant player and fully deserves it; he has been very good for us this season. He has lots of potential, and is and will be an important player for the club in the future. The new contract will stop big clubs trying to sign him.


Fisher himself was delighted to sign a new contract with the Bhoys, citing the opportunity to win trophies at the club being the biggest factor.

’To sign a contract, especially a long term one like mine, at this club is a big achievement. At this stage of my career, I want to play regularly, and they are offering that here. But my biggest factor is the opportunity to win trophies, something that every footballer wants to do. I am over the moon that the club has shown this much faith in me this early on in my career, and I hope to stay with the club for a long time.


The 20 year old moved to Celtic in 2011, and broke into the clubs first team two years ago, making his debut through the misfortunes of Adam Matthews and Mikael Lustig, and had a run of 12 games, impressing in each, before an injury of his own ruled him out for the rest of the season.

He started his career with a Celtic namesake, a team based in his birth town of Reading – Eldon Celtic – before being scouted by Farnborough Town FC in 2010.

He has gone on to play a total of 22 league games for the Bhoys, and has been ever present in the backline so far this season, and shows no sign of slowing down, according to fellow defender Efe Ambrose.

’Darnell is a player of real quality, and has a big future ahead of him. He is a fantastic player to play with, his tactical awareness on the pitch is great, and he has really good positioning, and is always there to cover for you. He is a huge asset for the team, and will be for years to come.

InvertedWingbacks
4 years
great move, getting him tied down long-term - he's a gem of a player
Login to Quote

Justice
4 years
Well worth getting Fisher tied down, good piece of business!
Login to Quote

mo_123
4 years
He will be a good player for you for the next few years. Some good business.
Login to Quote

Tallery
4 years
@squirmy420: I'm glad you think so highly of it

@InfraRed: They need to

@Maximus: A little bit of anger is shining through

@AlexTHFC: You're reading into the lines to much mate
@TayBAFC: Thanks!
@InfraRed: I know right, his performances are outstanding!
@Justice: Certainly 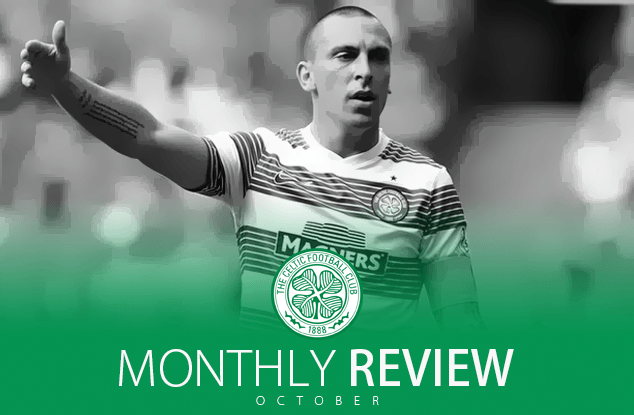 In the month of the famous event of Halloween, Celtic were hoping that their ghosts weren’t haunting them as they played five games. 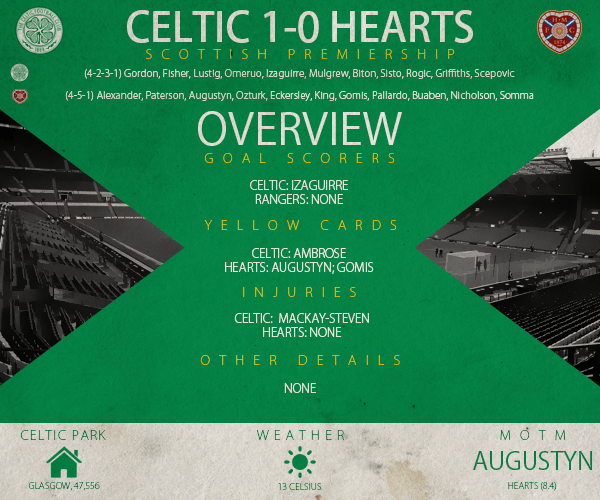 Celtic’s first game of the month was less than impressive, only scraping a 1-0 victory against Hearts. Despite having 17 shots, 3 only found the target, which will disappoint Ronny Deila, but the goal came in the first half, with Scotsman Leigh Griffiths netting in the thirty-fifth minute to give Celtic all three points. 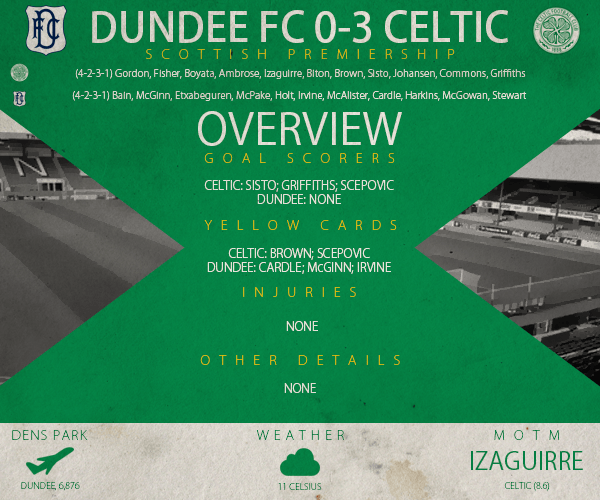 Celtic quickly put their past performance out of the window, with a 3-0 win over Dundee FC in week ten. Sisto gave a dominant Celtic the lead after two minutes. Leigh Griffiths then gave his side their second in the twenty-fifth minute, before substitute Stefan Scpeovic netted a penalty to make it three for the Bhoys, and his third in as many appearances. 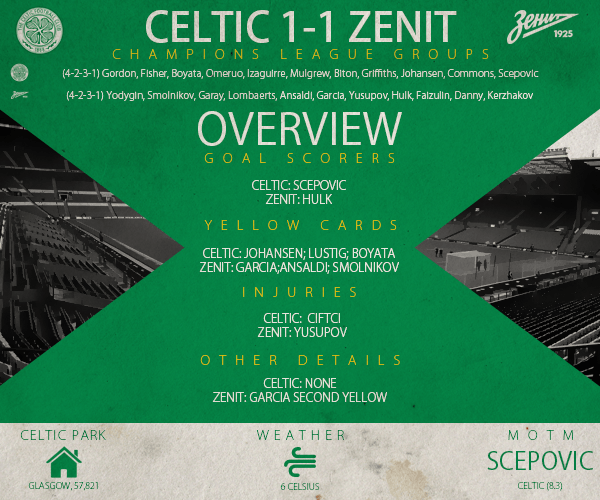 Zenit St. Petersburg made the long trip to Celtic Park in the third week of the group stages, and were delighted when Hulk gave them the lead thirty-seven minutes in. However, as the game progressed, Celtic became the far more dominate and better side – and Zenit’s worries turned nightmares after Javi Garcia managed to get himself sent off in the second half. Stefan Scepovic pulled it back level after sixty-two minutes, and Celtic went on to press for a winner, but Yodygin stood tall and defiant, leaving both teams with a point each. 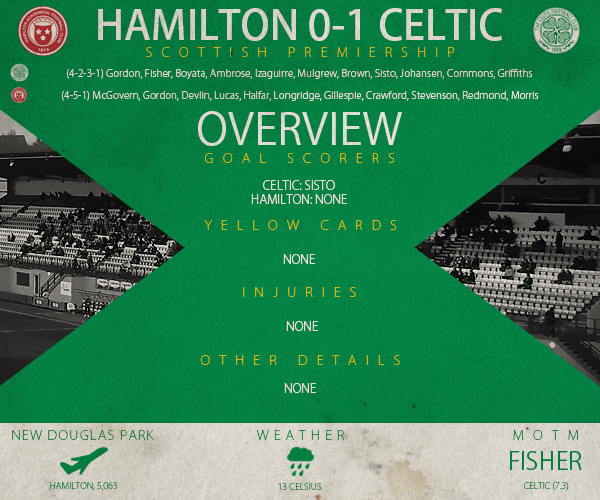 Celtic travelled to Hamilton in their last league game of the month, and they only just got the win. Hamilton were strong throughout, but couldn’t deny a match winner from Pione Sisto in the second half, fifty-three minutes to be exact. The game, however, ended on a bad note, with Crawford picking up and injury. 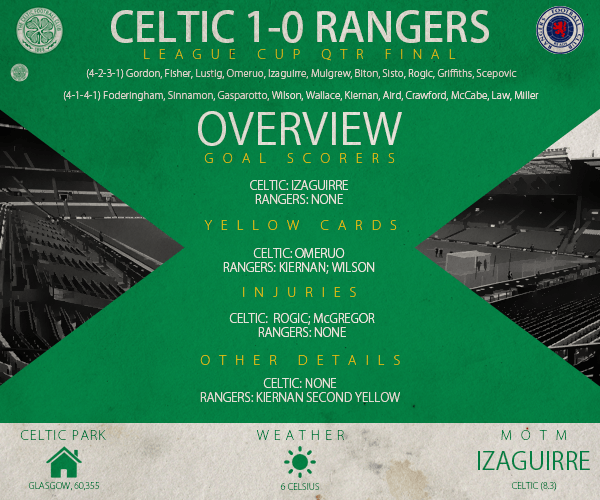 In what proved to be a fiery affair, the Old Firm derby returned in style, with Celtic snatching the place in the semi-finals. Rob Kiernan picked up a yellow card in the thirty-sixth minute, and the returning Tom Rogic was a victim of a heavy tackle and had to go off injured. McGregor, also making his return, suffered the same issue as Rogic, also making an early exit. Emilio Izaguirre found the back of the net sixty-nine minutes in to give Celtic the win. Kiernan got his second yellow with ten minutes to go.

After 11 games, Celtic still sit top of the Premiership, with a maximum total of 33 points. Having scored 32 times, and only conceded 4, they have a positive goal difference of 28. They are 9 points ahead of their nearest rivals, Aberdeen.

After three games, Celtic sit, possibly surprisingly, top of Group G. They have a total of five points from three games, after one win, and two draws. They have scored six times, and conceded twice, leaving them with goal difference of +4. 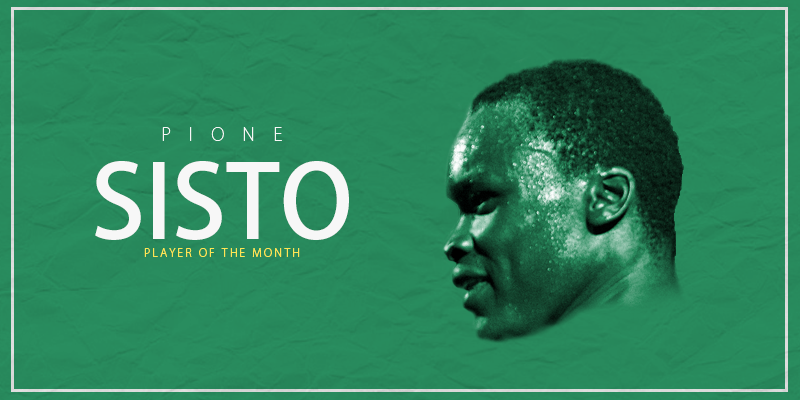 And this month finally sees Sisto get the award, after a few months of outstanding displays. However, this month, he is unmatched, really taking the task of carrying Celtic offensively by the front by the scruff of the neck. In 4 appearances over the month, the South Sudanese turned Dane scored twice.

In the month of November, Celtic will play six times – thrice in the Premiership, twice in the Champions League and once in the Scottish Cup.

They will start the month with Ross County coming to Celtic Park. They then travel to Russia to play Zenit, and then visit Kilmarnock. Dundee United then play host, before Wolfsburg come to Glasgow to round off the group stages. The final game of the month will be in the Scottish Cup – which their opponent is yet to be determined.
Login to Quote

AlexTHFC
4 years
Another faultless month, which is the perfect way to describe you.

Well the Champions League wasn't faultless but 1st place is a dream to most Celtic fans so we can let it slide.
Login to Quote

ever thought about it
Login to Quote

Tallery
4 years
Well, this really unexpected but for a while I am going to have to call this story off. My laptops broken And therefore I can't update. I know it will be back once its been repaired, but I am not sure how long that will take.

I would like to thank everyone for the amazing support, and I promise more is to come!
Login to Quote

squirmy420
4 years
Ouch. That is a blow. Was loving this story.
Login to Quote