Tallery
4 years
@Feliks: How I reacted 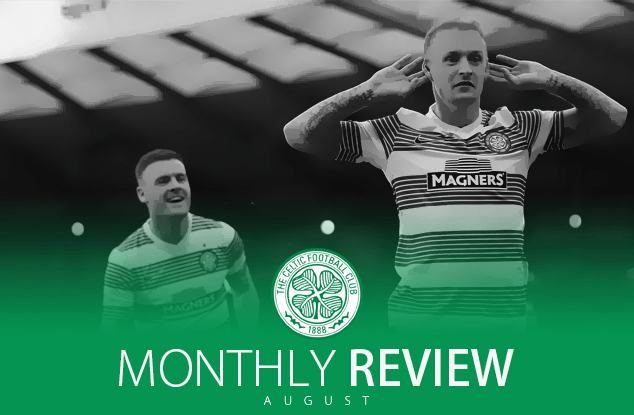 The month of August was a big one for Celtic, as it saw the start of the Scottish Premiership and the Champions League playoffs – a must win tie to qualify for the Group Stages

Celtic’s first game of the Premiership season was at home to Kilmarnock. They then travelled to play Ross County, before arriving back at Celtic Park to pit themselves against Dundee United. The two legs of the Champions League Playoffs against AS Trencin sandwiched a home game against St. Johnstone, before the Bhoys travelled to Motherwell to round off a busy month for the Glaswegians. 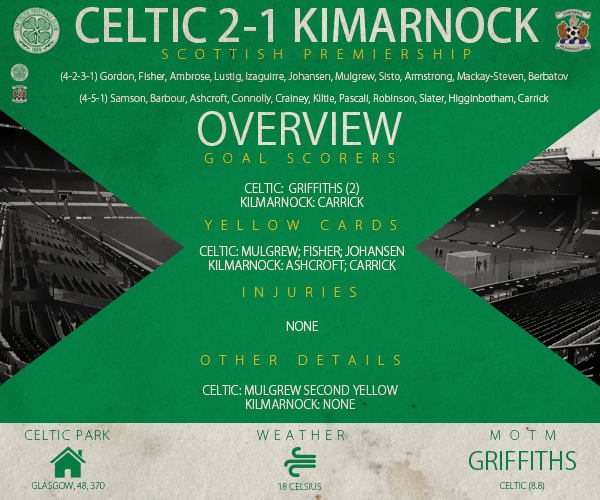 Ronny Deila’s men started the season well, getting a win at home against Kilmarnock. Celtic were the better side throughout the game, controlling possession and mounting a large assault on Kilmarnock’s goal, having 32 shots and 15 being on target. Celtic’s task was made harder by the sending off of captain Charlie Mulgrew, who was dismissed five minutes before the break for a second yellow. It wasn’t until the middle of the second half that Celtic managed to get in front, with substitute Leigh Griffiths putting the ball into the back of the net. However, Celtic’s lead only lasted two minutes, when some awful defending allowed Dale Carrick to equalise. It looked like Celtic’s first game of the season was to end in a draw, when Griffiths popped up again to give Celtic all three points. Deila will have been pleased with the result and the way Celtic managed to get all three points – but not being clinical enough was once again at the forefront of the Norwegian’s mind. 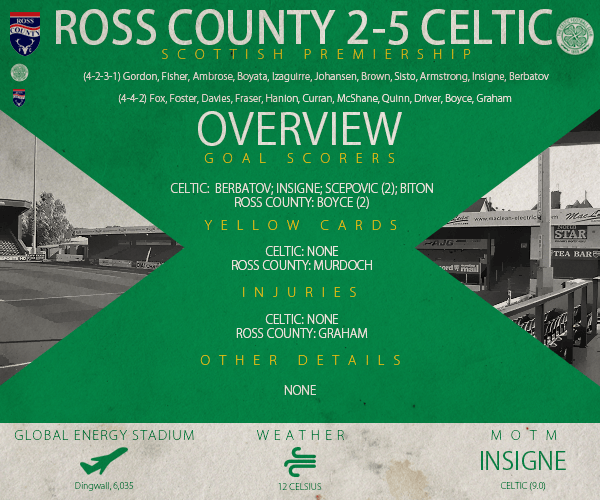 Celtic threatened from kickoff, and it only took four minutes before the Bhoys put the ball into the back of the net through Dimitar Berbatov, netting his first Premiership goal of the season. Surprise signing Lorenzo Insigne was next to find the back of the net on his first start for the club, scoring a freekick that silenced the opposition fans. It wasn’t until the second half that Celtic found the net again, with substitute Stefan Scepovic scoring two goals in quick succession on his first appearance for the club. Liam Boyce then pulled two back for County in the space of four minutes, before substitute Nir Biton made it five late on. Another very good performance for the Bhoys, and the lack of being clinical completely wiped from Deila’s mind. 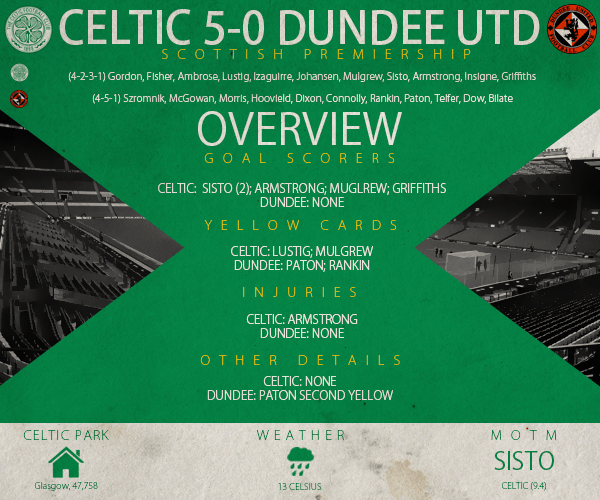 Celtic’s third game of the season saw themselves play fellow title hopefuls Dundee United at Celtic Park. Dundee needed to make a statement, with their start of the season anything but spectacular, but within three minutes they found themselves a goal behind, with Pione Sisto getting on the score-sheet. Former Dundee man Stuart Armstrong then rounded off a great team move fourteen minutes in with a great header. Charlie Mulgrew then netted just before the half hour mark to make it three. Five minutes later saw Pione Sisto grab his second, before Griffiths completed the rout just before half time. The second half was also just as exciting, with Paul Paton being sent off and Stuart Armstrong suffering a serious injury – which is going to keep him out three months. Deila will be ecstatic with the performance, but Armstrong’s injury casts a dark shadow over the game. 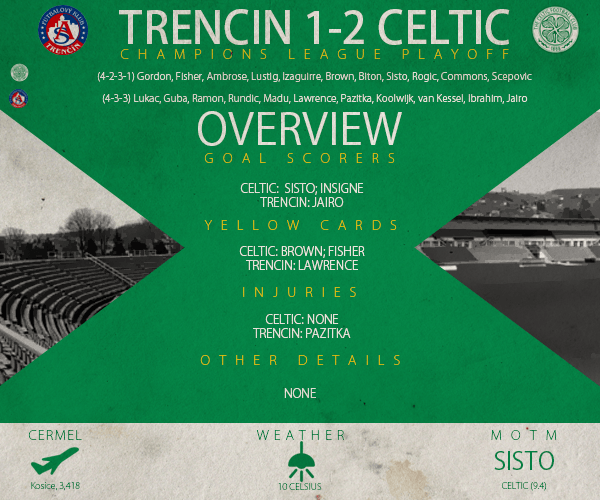 Celtic fielded a weaker side in the first leg against AS Trencin, and required their stars to emerge from the substitutes to grab them the win to bring back to Glasgow. The Bhoys controlled possession, but couldn’t use it to full effect to create chances – with Tom Rogic and Kris Commons looking particularly uninspiring. Celtic required Lorenzo Insigne to come on from the bench, and he grabbed the goal to give Celtic the lead. However, Brazilian Jairo then equalised. Sisto – the only player to start out of Deila’s summer signings – popped up with a late goal to give Celtic the lead going into the second leg.

Celtic’s next game in the month of August was a home game against St. Johnstone. Celtic started brightly, with the first attack ending in a spot kick for the Bhoys, which Leigh Griffiths steps up confidently to score. Lorenzo Insigne then makes it two sixteen minutes in. Dimitar Berbatov then gets a late brace, scoring in 89th and 90th minutes respectively to make Celtic’s victory look ever-so-more convincing. It’s all coming together for Ronny Deila’s men now, with the defence looking strong and the strikers scoring regularly. 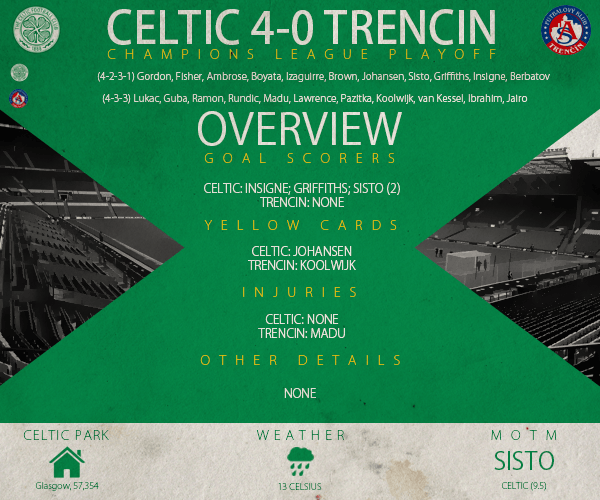 Celtic came into the second leg with a 2-1 lead over the Slovakian side, and needed a comfortable win to secure their place in the Group Stages. It took, though, until deep into the first half for Celtic to make the breakthrough from a tight angle. Griffiths added the second, meeting Sisto’s cross on the half volley. Sisto got his first of the two after Nir Biton played him through, and the Danish international slotted home confidently. Sisto got his second after his shot found its way through the keepers hands and legs to secure the clubs place in the Group Stages. 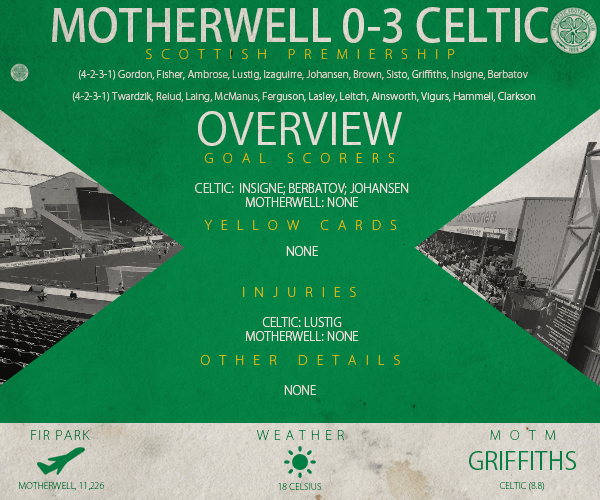 Celtic’s last match of August saw the Bhoys travel to Motherwell. It took twenty-four minutes and a lot of possession for Celtic to break the deadlock through new signing Lorenzo Insigne, who has made a blistering start in Glasgow. Four minutes later saw Dimitar Berbatov find the back of the net, his first goal since the brace against St. Johnstone. Stefan Johansen rounded off the win ten minutes later with his first goal of the season. Ronny Deila would have been pleased with the way Celtic kept and used the ball, having 61% possession and 21 shots.

After 5 games, the Bhoys find themselves in first place and three points clear, having not lost a game and only conceded 3, whilst scoring 19, leaving them with a goal difference of +16. 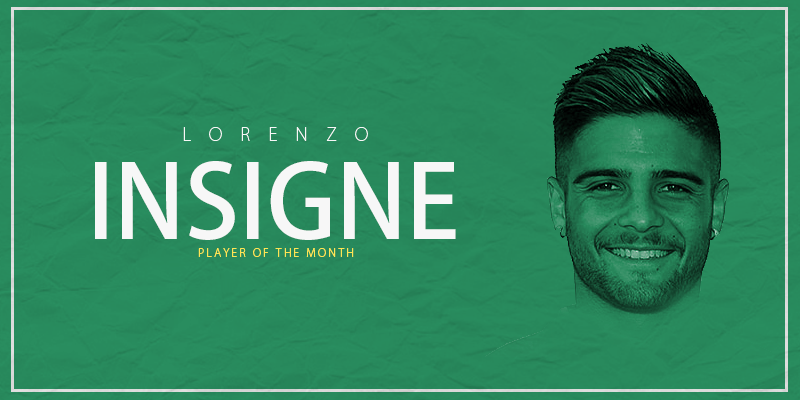 This month’s POTM is new signing Lorenzo Insigne. He has played a total of 7 times - twice as a substitute - and scored 5 times, and assisted 4 times – and getting an average rating of 8.09. Pione Sisto was next in line, with Stefan Johansen rounding off the top 3.

Celtic will find out their group stage fate in the coming days, and their assault to qualify for the Round of 16 will start during the month. They start September bt travelling to Inverness and Aberdeen, before playing Cowdenbeath in the League Cup 3rd round. They then round off the month with a game against Partick Thistle at Celtic Park.

Note, I made a massive muck up, and the Insigne injury update isn’t meant to be posted yet – that’s why he features in a lot of these games and it POTM. I’ll write on thing when that update was meant to be posted!
Login to Quote

InvertedWingbacks
4 years
great month, and an awesome start to the season - keep it up!
Login to Quote

shylax
4 years
Great start to the season - winning is gonna make you feel good and then after a bit you'll be too good and it'll get really boring Hopefully you can fight for a CL trophy before boredom gets you.
Login to Quote

TaroMisaki
4 years
Great start to the Season!
Can't wait to see how you're doing in the Champions League!
Login to Quote

Think you could go undefeated?
Login to Quote

MinusZ3R0
4 years
That's a fantastic month! Hopefully the champions league group draw will be kind to you

mo_123
4 years
Good start and it is a shame Insigne is injured as he looks to have started on fire.
Login to Quote

Justice
4 years
Comment #10 on this update, congrats!
Login to Quote

@shylax: To be honest, this is really only a filler, not going to be a long term thing
@TaroMisaki: Neither can I

@Maximus: Possibly, we're a class above everyone else.
@MinusZ3R0: Hopefully, I would like to go a reasonable way
@mo_123: I was so mad

@Seanpaul67: Now, that would be good

@Jer: Certainly was
@Justice: Trust you to notice that

After beating Slovakian side AS Trencin the the Playoff round, Celtic were handed an even group on paper in the Group Stages

The Bhoys have been drawn against former finalists Atletico Madrid, German side VfL Wolfsburg and face a gruelling trip to St. Petersburg to play Zenit in Group F. On paper, the group is quite even, with all four sides having considerable strengths – and weaknesses – in their teams.

Top seed Atletico Madrid qualified directly for the group stages after finishing 3rd in La Liga last season. The Spanish side do have history in the competition, last reaching the final two years ago, but ended up on the losing side, having been beaten by cross city rivals Real. They were also runners up in the 1974 edition. Despite not winning the Champions League, they won the European Cup Winners' Cup in 1962, were runners-up in 1963 and 1986, won the Europa League in 2010 and in 2012, won the UEFA Super Cup in 2010 and 2012, won the Intertoto Cup in 2007, as well as the 1974 Intercontinental Cup, which shows they are very used to the European stage.

Russian side Zenit St. Petersburg also qualified for the Group Stage directly, having won the 2014/15 Russian Premier League title under the management of Andre Villas-Boas. The club’s best performance in the Champions League is qualifying for the Round of 16, showing that they rarely have what it takes to reach the latter rounds of the competition – but have had some European success, winning the Europa League (then called the UEFA Cup) in 2008, beating Scottish side Rangers in the final.

Having won the 2014/15 Scottish Premiership, Celtic qualified for the second qualifying round, in which they eased past Zalgiris and Rapid Wien in the next round to get to the groups. Celtic do have some European success, more than both Wolfsburg and Zenit put together, having won the European Cup once in 1966–67 and Runners-up in 1969–70. They were also UEFA Cup Runners-up in 2002–03.

VfL Wolfsburg surprised many people last season, finishing second in the Bundesliga to qualify automatically for the Group Stages. The German outfit last appeared in the Champions League in the 2009-10 season – their only appearance having won the Bundesliga for the first time in the previous campaign – but bowed out during the Group Stages, finishing third in the group and therefore qualifying the Europa League, which they reached the quarterfinals.

Following the changes to the Champions League qualifying process, this year’s group stages has thrown up some intriguing encounters. In Group C, Real Madrid have been drawn with Manchester City and in Group G, Barcelona and PSG have been drawn together for the third time in four years (although at different stages of the competition). Group H also sees an interesting match-up, as Mourinho’s Chelsea side will have to face Juventus.

Group E looks the toughest on paper, with all sides possessing serious quality, and it will take a lot of effort to qualify for the last 16.

Celtic will kick off their Group Stage campaign away to Wolfsburg mid-way through the month, and then host Atletico before the month of October sets in.

CREDIT TO ZED FOR THE GRAPHIC
1
Login to Quote