The Chosen One leaves Bridge again for the third time

Abramovich has confirmed that the new manager will be a familiar face at Stamford Bridge. He will be confirming the manager soon at a club press conference and is expecting the fans to have a mixed reaction.
Login to Quote

Chelsea New Manager Odds
On 8 June, 2015: Jose Mourinho announced his departure from Chelsea football management. Since then, Chelsea have been on the lookout for a new manager.

Chelsea have tied up the signature of Radamel Falcao on a season-long loan deal from Monaco.
The Colombia international has been heavily linked with a switch to the Blues in recent weeks after Manchester United opted against making his stay at Old Trafford a permanent one following his 2014/15 campaign at Old Trafford. 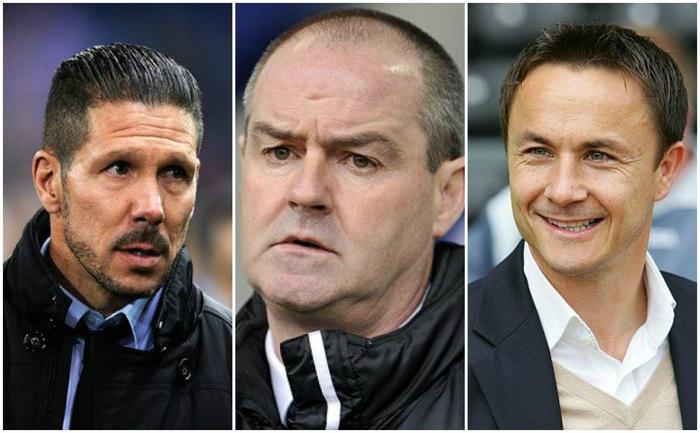 Reports are coming in that Steve Clarke, Simone and Dennis Wise have been shortlisted to be the new face as the Head Coach for the Blues.

Steve Clarke, 49, is an ex-Chelsea star and Assistant Manager. Diego Simone is rumored to the favorite to succeed Jose Mourinho and Dennis Wise, the former Chelsea midfielder, is already in the good books of Chelsea Board and fans consider him a club Legend.

The question on every fans' lips is who is it going to be the new face to succeed Jose Mourinho? Can he sustain the pressure and perish under it?
Login to Quote

Chelsea goalkeeper Petr Cech says he does not want to spend another season as Thibaut Courtois' understudy and would rather secure a move in the summer.

Cech has started just four Premier League games this term after losing his role as Chelsea's No. 1 to Courtois following his return from a loan spell at Atletico Madrid.

The 32-year-old, who had been a regular at the club for 10 years, says he was dissappointed with the dismissal of Jose Mourinho and although Jose and Cech had a weakened relationship, Cech believed that the Club has made a big mistake of loosing Mourinho and he will not be able to strike another relationship with a new manager

Cech is rumored to be a major transfer target for Wenger's Arsenal and a bid of £11m is being accumulated to be placed.
Login to Quote


Chelsea have signed goalkeeper Asmir Begovic from Premier League rivals Stoke City for an undisclosed fee, reported to be £8m.The Bosnia-Hercegovina international joins Chelsea on a four-year deal.
Begovic, who will challenge Thibaut Courtois for the main goalkeeper role, will take the number one shirt left vacant following the sale of Petr Cech to Arsenal.
Login to Quote

Reports from all around the world state that Chelsea Board is in deep talks with several managers and is on wheels to find the necessary Manager for the club. Chelsea Football Club is famous for having Manager Instability and it might be one of the reasons for this appointment delay. Till then, Chelsea Interim Manager Steve Holland is busy with the team meeting and training. Holland recently signed two new players, Radamel Falcao and Asamir Begovic and is looking for the third target English Centre Back John Stones from Everton. Mourinho had been scouting this players since last year and Holland might bring this scouted player in to join his England team-mate Gary Cahill.


http://worldsoccertalk.com/wp-content/uploads/2015/07/john-stones.jpg
Stones is the latest target for Chelsea Football Club
Login to Quote

kingpin_blue
5 years
This is it guys, The Manager of the Chelsea Football Club has been decided. Its going to be unexpected thats for sure..

In a huge breaking story today, Chelsea legend Dennis Wise has been confirmed as the new Chelsea manager - signing a one year contract with the North London giants.

Chelsea have confirmed that - despite rumours that they were in deep discussions with Atletico Madrid Manager Diego Simeone -Dennis Wise will replace Jose Mourinho as Chelsea manager.

Dennis Wise is widely known in the footballing world for his aggressive approach to the game along with his highly competitive style of play. Wise’s playing career spanned 20 years with us seeing him having stints at Wimbledon, Leicester City, Millwall, Southampton, Coventry City and most notably, Chelsea. While at Chelsea, Wise had his most success with him winning the FA Cup twice, the League Cup and Cup Winners’ Cup once. This success saw him become Chelsea’s most successful captain at the time (he has now been surpassed by John Terry).
http://i.dailymail.co.uk/i/pix/2015/01/25/002E20E600000258-2925727-image-a-28_1422208237746.jpg

Dennis Wise saw little success during his international career with him winning 21 caps over a 10 year period. He did however manage to score on his debut against Turkey. His consistent performances at club level saw him being picked for the national squad for the Euro 2000 campaign which only saw the team win one game out of three (a 1 nil win against Germany).

Dennis has already had some experience in management with him firstly becoming player-manager during his time at Millwall followed by being caretaker manager of Southampton following Harry Redknapp’s departure. Wise found his first permanent managing role at Swindon Town. In 2006, he became manager of the then Championship side Leeds United who found themselves struggling to avoid relegation; unfortunately Wise could not save the club from the inevitable.

Newcastle United then shocked the footballing world by employing Wise as an Executive Director of football which saw him as an advisor on footballing matters. It was rumoured that Wise was one of the key figures in the removal of the Newcastle United legend, Kevin Keegan as manager. Wise and Keegan had had disputes in the public eye, most notably the fallout from James Milner’s departure to Aston Villa despite Keegan stating that he was a player that wasn’t for sale. Further controversy was to occur at St James’ Stadium with Wise rarely being in attendance but instead being at Stamford Bridge watching his favoured Chelsea. In 2009 Wise left the club shortly after the appointment of Alan Shearer and the club confirmed that there were no plans to replace Dennis Wise. Unfortunately this series of events has seen Wise’s image being damaged with him stating this as having a “damaging effect on my career”.

It begs the question why Roman Abramovich would want to employ Wise when stability at Chelsea is what is needed the most.
Login to Quote

Wise: Chelsea is the team that can defend their title 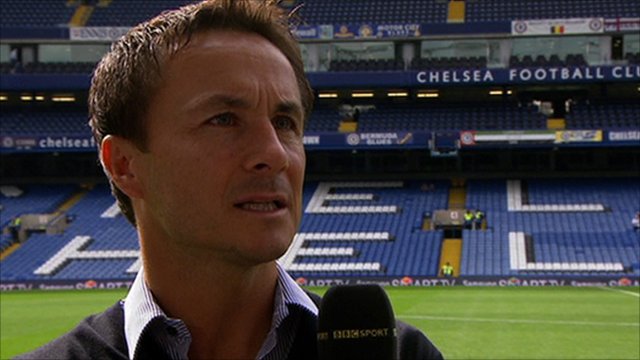 Dennis Wise was unveiled in front of the press as the new Chelsea Head Coach this morning. Wise signed with Chelsea on a 4 year contract. Dennis Wise had his first interview with the media as the Blues' Head Coach.
Here are some of the talking points.

Q; Do you feel that your ambitions are matched by the Board?
Wise: Yes, I do. We had good discussions and those discussions were very creative and lot of good ideas floated which promised huge things for this club.

Q; What is your expectations for this season?
Wise: We are aiming for the same reason last year with further sucess in Europe. We are ambitious this season and hope to defend the title this year. We have the very quality side to challenge other teams, excellent training facilities and huge budget. Overall, I believe Chelsea is the team that can defend their titles better than any other premier league side.

Q: You stand here today unveiled as the new Chelsea Manager.This is your second coming. You are already considered a hug favorite amongst the Chelsea fans.How does it feel?
Wise: It is a very special day for me. I am very happy to be here. It has changed a lot since the last time I was here as a midfielder. I know, I have big shoes to fill in but I know that the Board has put their trust in me and I will do everything to deliver success to this club.

Q: Last question, will there be changes in the staff and squad?
Wise: I don't know truly. I think the staff here is excellent and so are the players. But I have not yet evaluated the squad and their demands. There might be some players leaving and some getting in but I am not totally sure. Thank you. 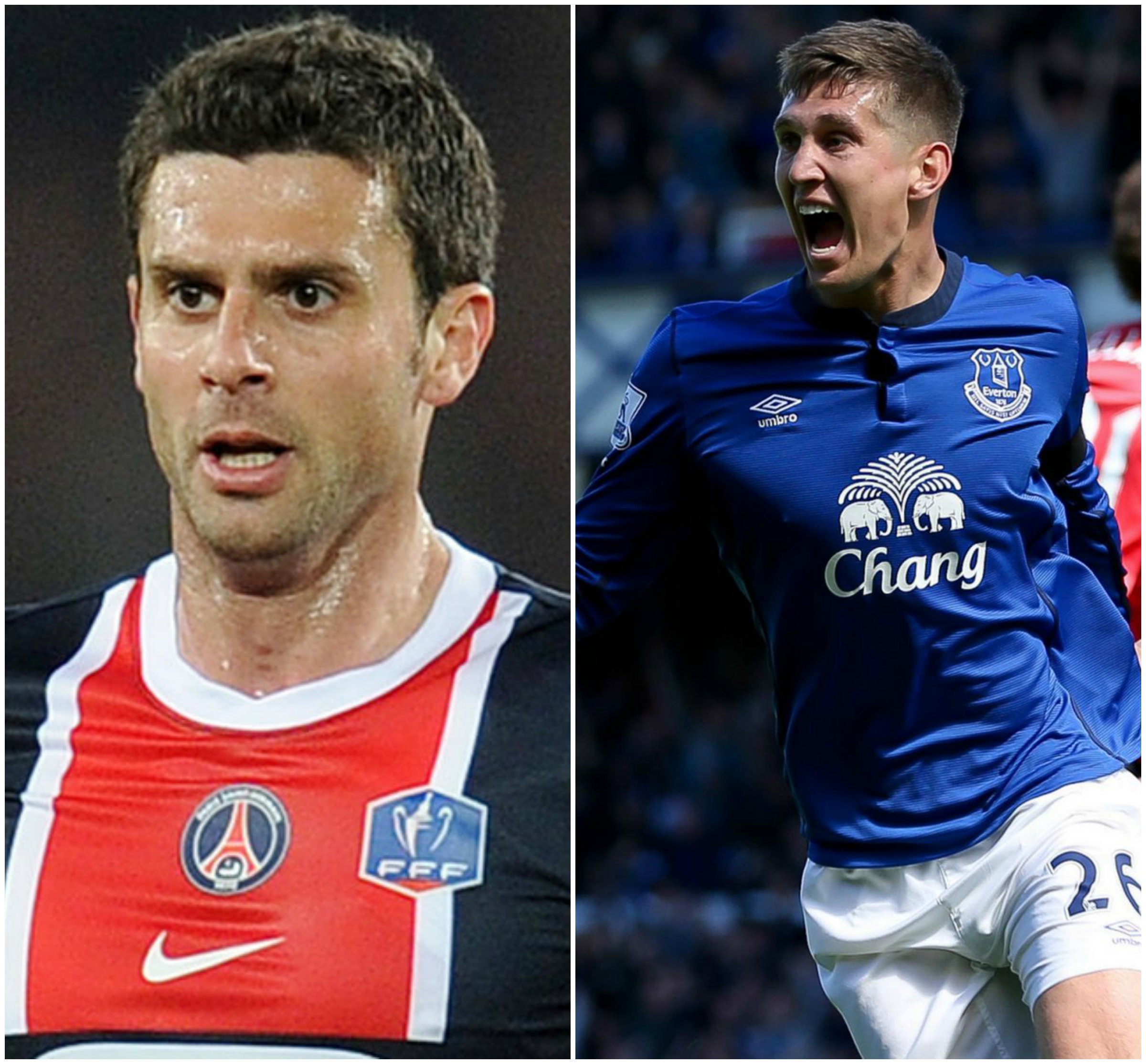 Chelsea Football Club are delighted to announce the signing of the first player under the Dennis Wise: Filipe Luis on a three-year deal.

Motta agreed personal terms today, following the completion of his medical, contract complications and transfer fee of around £2,000,000 - and has today completed the deal.

Motta is Chelsea's third summer signing, and followed the footsteps of Begovic and Falcao to Stamford Bridge.
Login to Quote